Jessica Jones star Krysten Ritter recently talked about her past as a model, and admitted she felt like she was on a Disneyland ride when she flew to Tokyo for her first modeling job.

The 34-year-old actress made a name for herself as Jane in Breaking Bad before she landed her own series with Netflix, Jessica Jones. The new series, about Marvel superhero Jessica, sees Krysten kicking some serious butt. The role calls for the actress to be dressed down in baggy tops and jeans, which is a world away from her glamorous red-carpet looks.

Prior to acting Krysten had a successful modelling career, which saw her travel the world. The career path was exciting for a young Krysten – even the less-than-glamorous aspects. 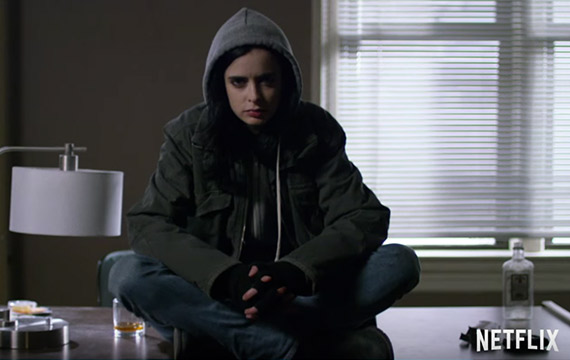 “I was scouted as a model when I was 15,” she told Britain’s Marie Claire magazine. “I was just a kid, so coming from a farm to New York for the first time was exciting. Then, when I was 16, I flew to Tokyo by myself for my first modelling trip. I was stuck in the middle seat on a 14-hour flight, bit I felt like I was at Disneyland.”

Having started as a model, Krysten has always known the importance of make-up. She makes no bones about the fact she is a cosmetics junkie, and admits her beauty team deserve all the praise for her looks.

“Thank God for hair and make-up. I love it on set when I come out of the chair a new woman,” she previously smiled to the publication. “When I’m not working I don’t even know how to blow-dry my hair. MAC’s black ink gel eyeliner is my go-to.”

We absolutely love Krysten Ritter’s look! Let us know your thoughts in the comment section below!