What do you do once your Pulse l’Cie curse has been removed, once you’ve finished your focus? How do you regain a semblance of normalcy in your life after such a tumultuous event?

Well, it would seem that for at least one former l’Cie, the answer is to be found in fashion:

Yes, as unlikely as it seems, our favorite monster-slaying soldier-turned-divine knight has found her new focus as a model for Louis Vuitton (was Vuitton a fal’Cie?).

The video was posted on Instagram on by Nicolas Ghesquiere (fashion designer and creative director for Louis Vuitton) on Christmas as promotion for the company’s new Series 4 line. According to Gamespot, the ad was produced by Square Enix’s Visual Works CG Division.

Is There a Final Fantasy Louis Vuitton Campaign?

This isn’t totally unprecedented, either. Back in 2012, for instance, Kotaku ran an article about an ad that featured Hope, Lightning, and Sazh in Prada outfits. 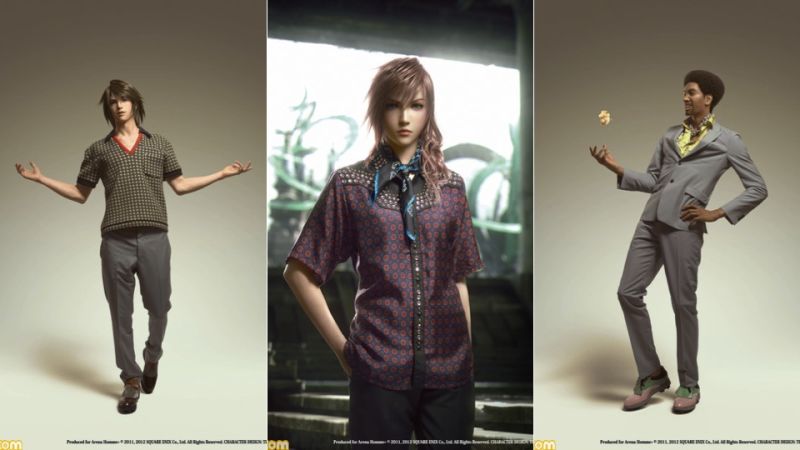 While the real Claire Farron probably wouldn’t be caught dead modeling, the ad opens an interesting topic of discussion. Everyone knows that businesses use actors and athletes as promoters. Who’s to say that they can’t use fictional characters too? Consider Lara Croft or Nathan Drake advertising outdoor gear, for example. It would be a unique and possibly quite successful way to reach a wider audience.

Though, to be fair, I suppose we’d then have to address debates about corporate tie-ins. No one would want creative video game developers to be beholden to other businesses. If done well, though, it could be a boost to sales on both ends.

What do you think? Is this the start of a new trend, or just a fun project between Louis Vuitton and Square Enix? Let us know below.

We hope you had an excellent holiday, and stay shiny!