George R.R. Martin revealed yesterday that he has not yet finished the next Game of Thrones book. Martin posted a rather long blog post titled, “Last Year (Winds of Winter),” discussing why the sixth book in the fantasy series, The Winds of Winter, isn’t finished yet.

“You wanted an update. Here’s the update. You won’t like it,” Martin wrote to fans, “THE WINDS OF WINTER is not finished.”

Martin, 67, went on to say that he recognizes that fans aren’t the only ones disappointed by the news. His editors, publishers, HBO, agents, and translators are also not to happy with the news, and while it sounds as if Martin set a personal goal for himself to complete and deliver the book before the last day of 2015, the book won’t be finished any time soon. 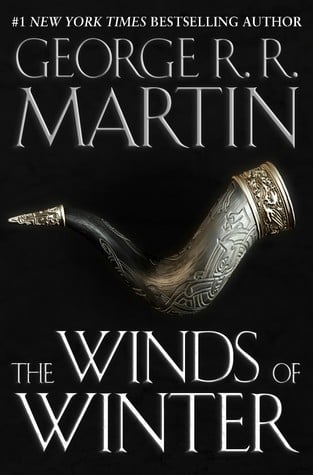 “Yes, there’s a lot written. Hundreds of pages. Dozens of chapters. (Those ‘no pages done’ reports were insane, the usual garbage internet journalism that I have learned to despise). But there’s also a lot still left to write. I am months away still… and that’s if the writing goes well. (Sometimes it does. Sometimes it doesn’t.) Chapters still to write, of course… but also rewriting. I always do a lot of rewriting, sometimes just polishing, sometimes pretty major restructures,” Martin wrote.

Will The HBO Series Spoil The Next ‘Game of Thrones’ Book?

Martin also addressed the question that many of fans have. Since the TV series has surpassed the books, will the HBO series spoil the novels?

“Maybe. Yes and no. Look, I never thought the series could possibly catch up with the books, but it has. The show moved faster than I anticipated and I moved more slowly.” Martin wrote. “There were other factors too, but that was the main one. Given where we are, inevitably, there will be certain plot twists and reveals in season six of Game of Thrones that have not yet happened in the books. For years my readers have been ahead of the viewers. This year, for some things, the reverse will be true. How you want to handle that… hey, that’s up to you.”

“Game of Thrones is the most popular television series in the world right now. The most pirated as well. It just won a record number of Emmy Awards, including the ultimate prize, for the best drama on television. It’s an incredible production with an incredible cast and crew.” Martin wrapped up his blog post. “Winds of Winter should be pretty good too, when it comes out. As good as I can make it, anyway.”

We personally can’t wait for Winds of Winter, and we’re hoping that we get to read it sooner rather than later! Do you read the Game of Thrones books? Are you looking forward to the sixth book in the series? Let us know your thoughts below!

George R.R. Martin Says Next 'Game of Thrones' Book Not Finished Yet