Star Wars: The Force Awakens continues to break records as we enter 2016. The film made $88.3 million over the New Year’s Day weekend to ring in 2016 with a $740 million tally in North America.

Over the holidays, The Force Awakens passed the totals of Titanic, The Avengers, and Jurassic World to become the second biggest film ever released in the US. It’s now just $20 million behind Avatar, which hit $760.5 million in 2010. We expect that record to be crushed by next week!

The Force Awakens also ended 2015 as the year’s biggest movie in the U.K., making over $141 million since its release. 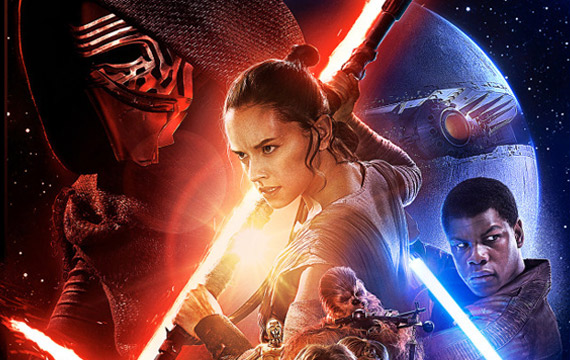 Director J.J. Abrams’ film has also overtaken Avatar as the second most successful film in history in the U.K. The new Star Wars film is less than $6.7 million behind James Bond film Skyfall, which remains the only film to pass $150 million in the U.K.

Meanwhile, back to the U.S. box office, and comedy Daddy’s Home stays put at two for a second week, while Quentin Tarantino’s The Hateful Eight debuts at three, and Sisters and Alvin & the Chipmunks: The Road Chip round out the first top five of 2016.

What was your favorite film of 2015? Did you see any films over the holidays! Let us know your thoughts below!