Netflix has announced the Marvel’s Daredevil season 2 premiere date! The high anticipated and critically-acclaimed original series will make its return to Netflix on March 18, 2016 at 12:01am PT.

Netflix announced the news on Facebook and Twitter with a video that reminded us a lot of HBO’s opening credits for The Leftovers season 1 (NSFW). Take a look below:

Netflix also released teaser art that may reveal there are a few surprises in store for fans. Take a look below! 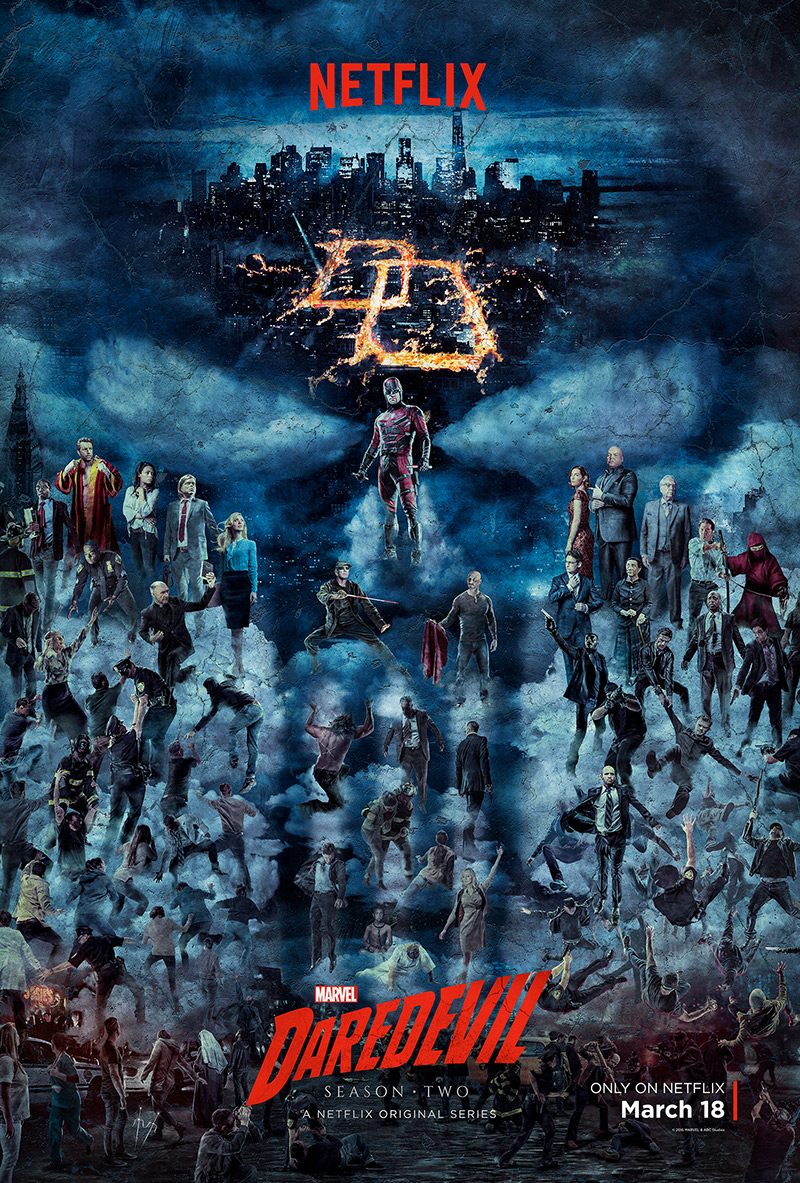 If you haven’t yet checked out Marvel’s Daredevil, season 1 is available for streaming now on Netflix. The series revolves around a Matt Murdock (Charlie Cox), who was blinded as a young boy – but also imbued with some pretty extraordinary senses. Murdock fights against injustice by day as a lawyer, and by night as “Daredevil” in modern day Hell’s Kitchen in New York City. Charlie Cox (Matt Murdock/Daredevil) is joined by a stellar cast including Jon Bernthal (Frank Castle), Elodie Yung (Elektra), Deborah Ann Woll (Karen Page), Elden Henson (Foggy Nelson), Rosario Dawson (Claire Temple), and Scott Glenn (Stick).

Marvel’s Daredevil season 2 premieres amidst the release of the Netflix original Marvel’s Jessica Jones, the upcoming Marvel’s Luke Cage and future release of Marvel’s Iron Fist, all leading up to the teaming of the main characters in Marvel’s The Defenders to premiere only on Netflix.

Marvel’s Daredevil season 2 premiere is March 18, 2016. All 13 one-house episodes will be available at that time for binge-watching! Will you be staying up late for your dose of Marvel’s Daredevil? Did the promo video remind you of HBO’s The Leftovers opening credits? Let us know your thoughts in the comment section below!