Actress Brie Larson looked like a Golden Globe herself in her sparkling dress at last night’s award ceremony. The 26-year-old star wore metallic eye shadow and a slick of shimmery nude lipstick. All eyes were on the honey-blonde beauty as she took to the stage to accept the Best Actress in a Motion Picture, Drama accolade for Room, but she wasn’t the only celebrity to turn heads during the evening.

Looking ravishing in red, Jennifer Lawrence continued her style streak in a scarlet custom-made Dior dress. Her lips matched her gown, while a silver choker necklace broke up the bold color. Her platinum cropped locks were slicked back to show off her pixie features and the star couldn’t stop beaming as she received her third Golden Globe in the form of Best Performance by an Actress in a Motion Picture Musical or Comedy for Joy. 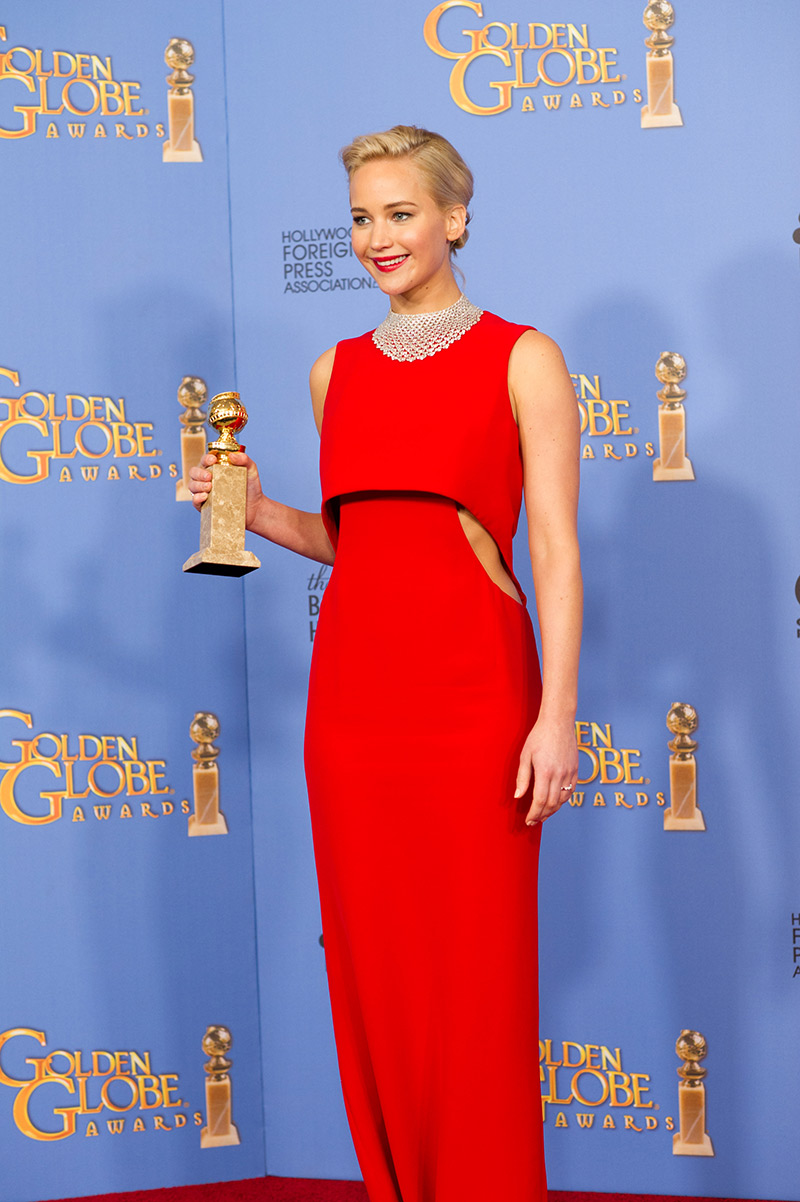 Kate Hudson played presenter on the night, handing out a Globe to father figure Kurt Russell, and she made her attendance extra memorable thanks to her outfit. The 36-year-old star’s shimmering peach ensemble gave the illusion of being a maxi skirt and bandeau, however when she turned her back to the cameras it became clear that it was in fact one gown. One area of envy was Kate’s ripped midriff and thanks to minimal jewelry, her figure was the center of attention. 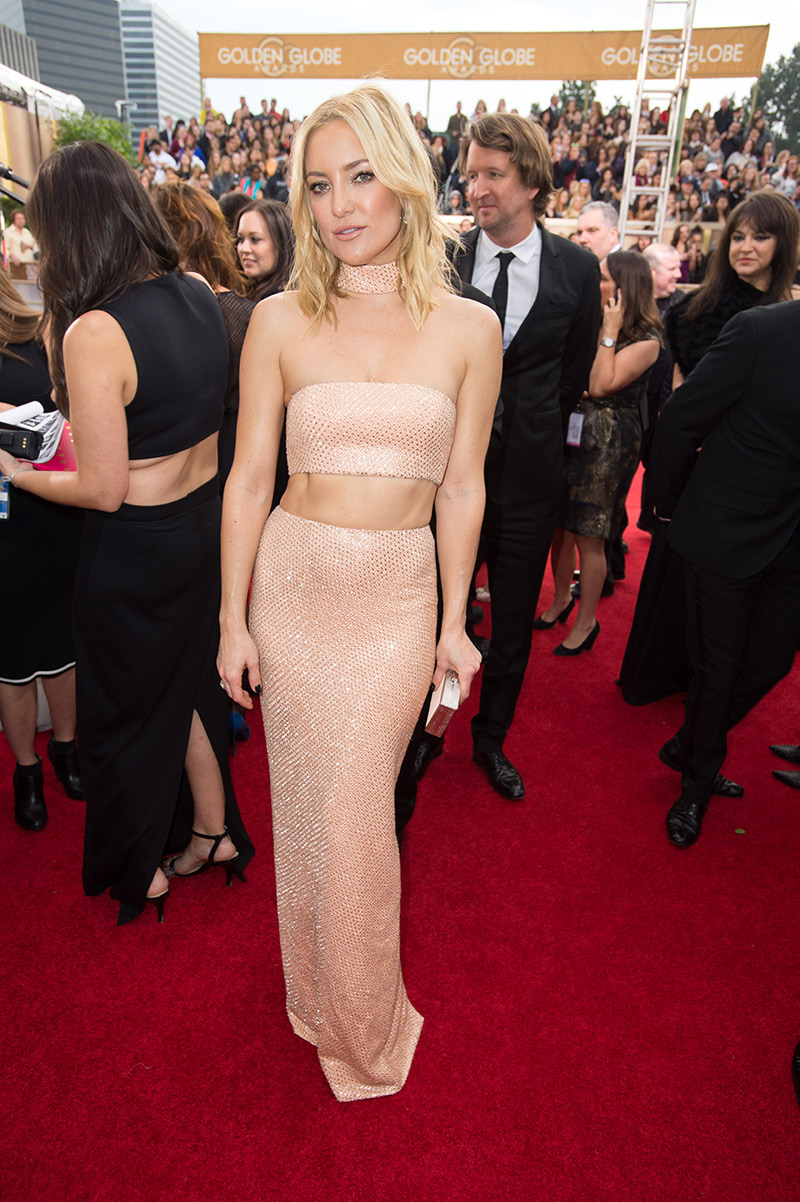 Other stars to shine during the awards show included Jennifer Lopez in a fitted yellow gown by Giambattista Valli with a long trail, Julianne Moore in a sequined blue gown by her favorite designer Tom Ford and Amy Schumer in a monochrome dress by Prabal Gurung.

Take an additional look at the 2016 Golden Globes fashion looks we loved!

Let us know your favorite looks from the 2016 Golden Globes in our comment section below!