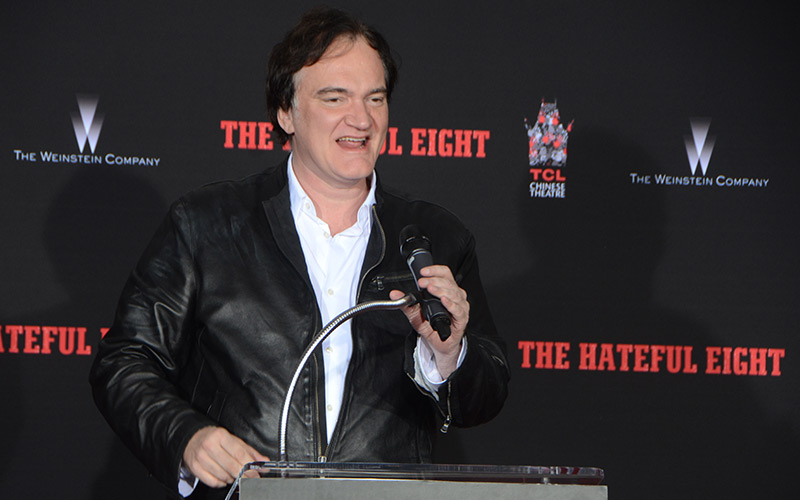 Quentin Tarantino has fueled speculation of Kill Bill: Vol. 3, saying it would be “lovely” to return to the franchise.

The director worked with Uma Thurman on Kill Bill: Vol. 1 in 2003, with the pair reuniting for the second movie in the series the following year. Uma played an assassin hellbent on revenge in the films and there has long been rumors of a third installment, which Quentin did little to allay during an appearance on Australian TV on Monday.

“Me and Uma have talked about it. I can’t confirm it but that would be a lovely thing,” was all he would say.

The star was on the show to promote his latest release The Hateful Eight, about a bounty hunter and his charge who meet a group of dubious characters in a cabin. The flick has been nominated for three Academy Awards, despite almost not being made when the script was leaked and Quentin felt the idea had been ruined.

He’s not focusing on that anymore, preferring to discuss the process behind his movies. Quentin is behind iconic films like Reservoir Dogs and Pulp Fiction, and he suggests all his flicks fit into one of two distinct categories.

“There’s the realer than real universe, all right, and all the characters inhabit that one,” he said. “But then there’s this movie universe – and so From Dusk Till Dawn, Kill Bill, they all take place in this special ‘movie’ universe.

Quentin once famously said he’d only make 10 movies in his career, a comment which has haunted him ever since. While he won’t dismiss the remarks, he did explain that it takes him so long to make a film from start to finish that even if he does only shoot two more he’ll be working for a long time.

Michael B. Jordan Speaks Out on 'Fantastic Four' Criticism