We have Top Gun sequel news! Jerry Bruckheimer has teased fans about a recent meeting he had with Tom Cruise to discuss Top Gun 2, and they have confirmed it’s happening!

One of Cruise’s most famous roles is his portrayal of pilot Maverick in the original 1986 movie, which centers on a group of elite aviators who are all vying to be at the top of their class in a United States Navy weapons training school.

And Top Gun fans will be elated to learn the sequel to the Oscar-winning film is indeed in motion, despite rumors the project may have been shelved because it is taking so long to produce.

Bruckheimer wrote on his Twitter account yesterday: “Just got back from a weekend in New Orleans to see my old friend @TomCruise and discuss a little Top Gun 2.”

The message was attached to a photo of Bruckheimer standing alongside Tom Cruise while they are both smiling into the camera. 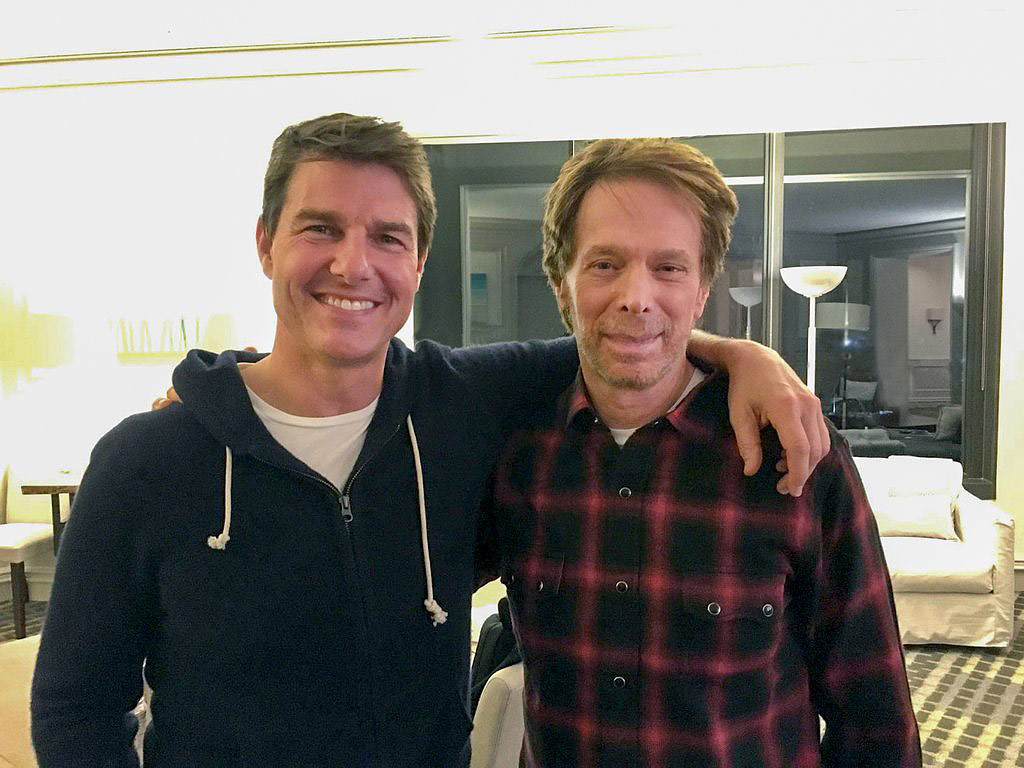 Cruise is attached to reprise his role as Maverick and Val Kilmer will also return to portray his iconic character Iceman.

Bruckheimer has been working on Top Gun 2 since 2010, but the project was severely delayed after the movie’s director Tony Scott committed suicide in 2012.

Bruckheimer noted even in light of Scott’s tragic death, executives behind Top Gun 2 didn’t give up on making the film.

“It’s just figuring out how to do it, which I think we have a good handle on, and losing Tony slowed us down, but hopefully we can pick up speed again,” he told Yahoo! Movies in 2013.