Game of Thrones star Sophie Turner thinks the storyline for X-Men: Apocalypse is “the darkest” by far in comparison to other recent franchise installments.

The 19-year-old star portrays a young version of telekinetic and telepathic mutant Jean Grey in the forthcoming picture, and she anticipates audiences will be blown away by the twists and turns screenwriter Simon Kinberg penned into the script.

“It’s the darkest X-Men so far, definitely,” she tells Entertainment Tonight of what fans can expect to see in Apocalypse. “There’s a little bit of a love story in it. It’s very exciting.”

Although specific plot details for the film, which is the ninth installment in the X-Men series, remain tightly under wraps, big picture elements of the narrative have been released to the public. According to IMDb, the upcoming feature centers on the efforts of Professor Charles Xavier and his team to prevent Apocalypse, the first, immortal and most powerful mutant of all, from exterminating the entire human race. 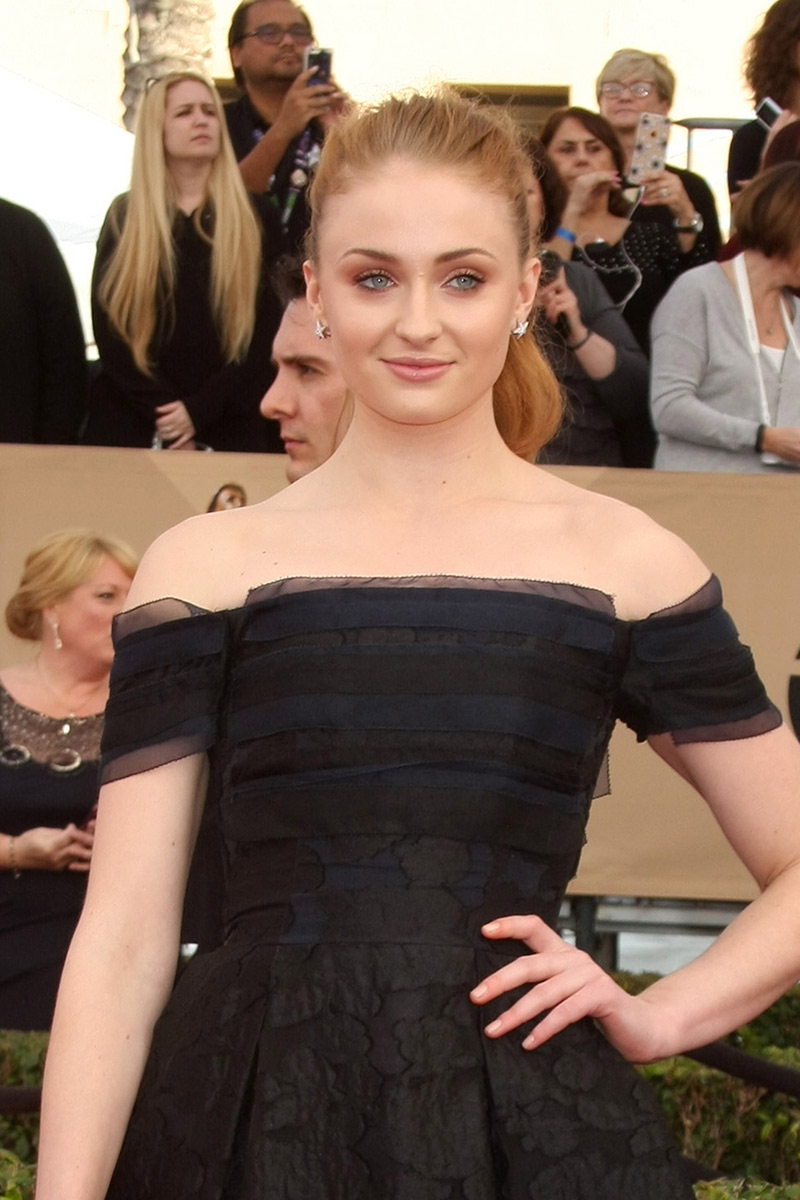 X-Men: Apocalypse director Bryan Singer, who took charge of X-Men, X-Men 2 and 2014’s X-Men: Days of Future Past, previously claimed no character is safe from death in the new movie.

“I’ll kill any of those characters any day I want,” Singer told reporters during an Apocalypse set visit last summer [2015], according to The Hollywood Reporter. “They’re all fair game. Anything can happen.”

The film has an impressive cast, with James McAvoy playing Professor Xavier, Oscar Isaac as Apocalypse, Evan Peters as Quicksilver, Nicholas Hoult as Beast, Michael Fassbender as Magneto, Jennifer Lawrence as Raven/Mystique and Olivia Munn as Psylocke. X-Men: Apocalypse reaches theaters on May 27, 2016!