Mr. Robot is back at SXSW this year with an incredible installation on the corner of Congress Street and East 4th Street! If you’re at SXSW this weekend, be sure to check out the massive 10-story ferris wheel along with fsociety’s headquarters between now and Monday (March 14)! The area is open from 11am to 10pm daily.

The activation includes a re-creation of the hacker den complete with customized games and giveaways. Fans can become completely immersed in the fsociety space and also get a breathtaking view of the city from a ride on the complimentary ferris wheel. Also, fans can take advantage of a pretty cool photo booth (see below – yep that’s me!) along with custom screen printed t-shirts. 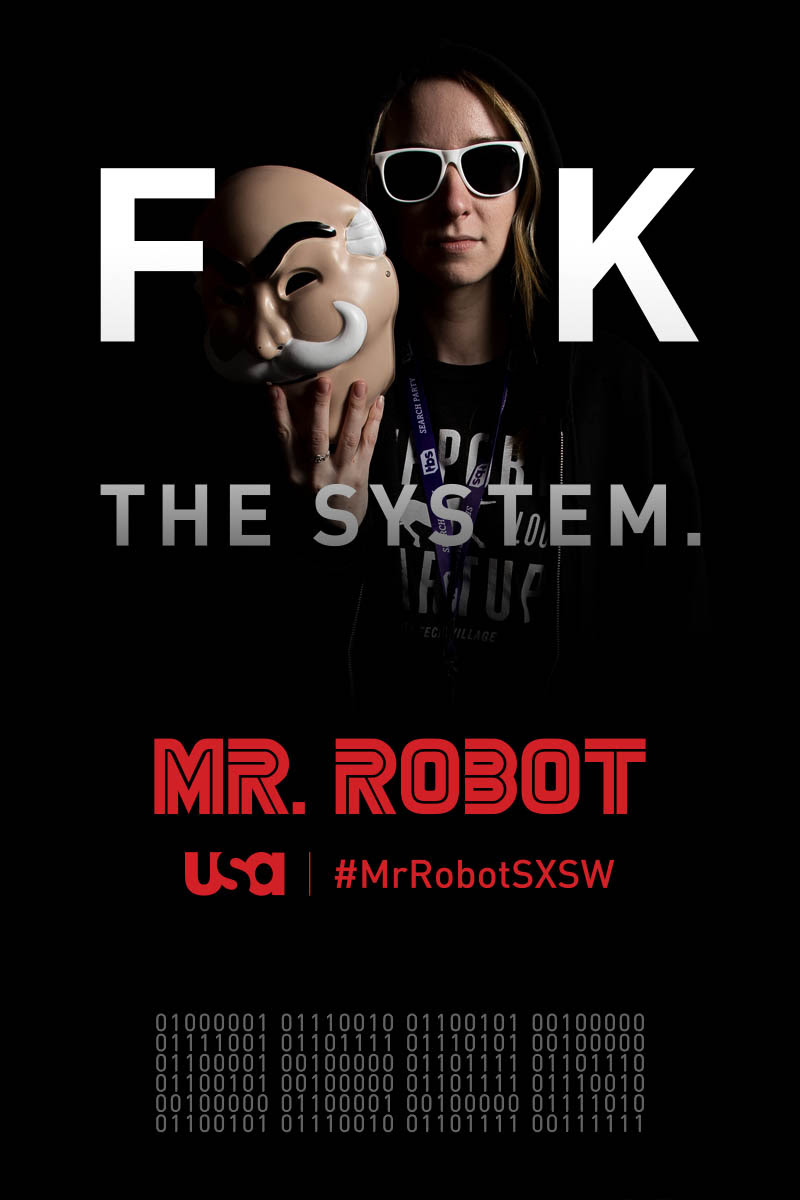 One super cool thing we noticed was that there were clearly some fans in the building next door to the installation as well, as they put up E Corp signs in their windows. We were able to confirm that was NOT apart of the official installation – just something that local fans did! 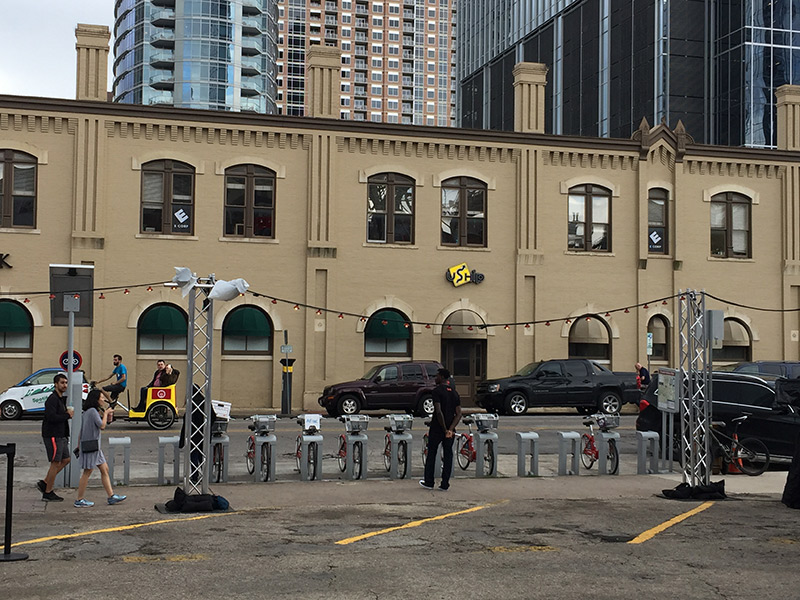 Can you see the E Corp signs?

#Nerding out a little over the #MrRobot installation at #sxsw!! #sxsw2016 #mrrobotsxsw

A Look at the 'Mr. Robot' SXSW Installation