Naughty Dog and Sony are facing unfortunate and unexpected setbacks in the last two weeks before Uncharted 4’s release. On April 27, Shuhei Yoshida (President, Sony’s Worldwide Studios for Sony Computer Entertainment) posted on the posted on the Playstation Blog that a significant number of copies of the game were stolen in an allegedly “violent assault” on the transports en route to distributors.

In the days before the theft announcement, copies of the game appeared and were purchased in UK stores, and several Amazon customers reported receiving early shipping updates for their games. While Sony says that the copies in stores are the result of theft, some have pointed out that the game was originally slated for release on April 26. Hence, the early Amazon shipments could easily be the result of someone missing the memo.

According to Eurogamer, the British HM Revenue & Customs, the federal agency responsible for, among other things, tax collection, apparently seized 10,000 stolen copies of the game on the grounds that the sellers had unpaid VATs (value-added taxes). To make matters worse, a seller on eBay going by simply “Dave” is accusing the HMRC of asking him to sell the game. While this second part is unconfirmed (and seems extremely unlikely, though intriguing), UK police are reportedly investigating Dave. They’re now working closely with Sony in a full criminal investigation into the thefts and subsequent sales. 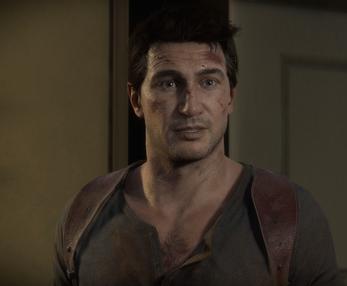 In the meantime, Naughty Dog, Sony, and Yoshida are responding with class, the latter making sure to warn readers about the potential for massive spoilers on the Internet over the next couple weeks, and Naughty Dog promising that the end of the game is worth the wait.

Now, I honestly have no doubts as to the veracity of the information and the seriousness of the issue. If I may, though, let me don my tinfoil hat for a moment. There’s a small, paranoid part of me that can’t help but speculate whether or not this is a publicity stunt. Think about it. After all, this is a game called A Thief’s End, and we’re dealing with thieves here, and to an extent that could possibly go all the way into an agency of the British government. While it reads like the plot to a (cool-sounding) game, it also kind of sounds like a brilliant marketer’s masterstroke. Just food for thought.