Sony has released a new Powers featurette featuring exclusive interviews from the cast and creators, including never before seen footage from the upcoming season. If you didn’t catch Powers last season, or want a sneak peek into Season 2, check out the footage below! 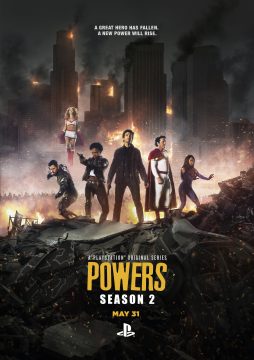 The first three episodes of the second season will premiere in the U.S. and Canada on May 31, with new episodes available to stream Tuesdays on PlayStation Store. And PlayStation Plus members can watch it all for free!

Did you watch Powers Season 1? Let us know your thoughts in our comment section below!