Cirque du Soleil’s TORUK – The First Flight is inspired by James Cameron’s Avatar, and it is just as visually stunning as the film. TORUK, which is Cirque’s 37th production since 1984, isn’t your traditional Cirque. While there are still sky ribbon dancers and those that can bend their bodies in ways that only reminds you that you need to do more yoga, the show isn’t actually about the acrobatics and all that jazz. It’s the incredible set design and impressive puppetry that steals the night.

TORUK imagines a world thousands of years before the plot of Avatar unfolds. The show revolves around Na’vi lore and culture with the Toruk, a great leonopteryx, a mighty red and orange predator that rules the Pandoran sky. This creature is crucial to the Na’vi clans’ sense of destiny and interconnectedness – and will be ridden for the first time by a Na’vi. 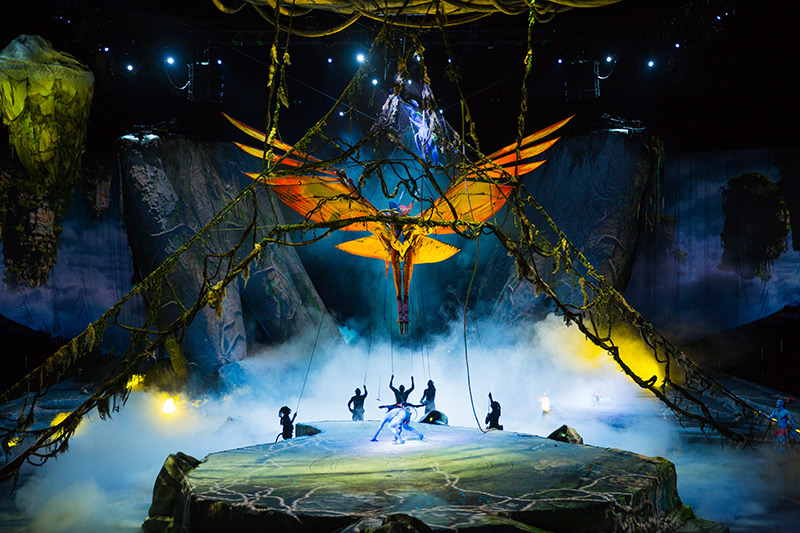 The Toruk, featured in the image above, is represented in the show by a puppet that Jim Henson would be rather impressed by. Between the attention to detail on the movement of the puppets and the incredibly vast set design, the entire show is a playground for your senses. Audiences can even join the show by downloading a special app which requests your seating information – then throughout the show you receive notifications to partake in special in-show effects. While this mostly seemed to just create lighting effects that worked in-sync with the music, there were a few other interactive opportunities that younger audience members will likely enjoy. For me personally, watching the show with my phone tucked away was more enjoyable. If you do wish to take part in the app during your visit, make sure you come with a fully charged phone. 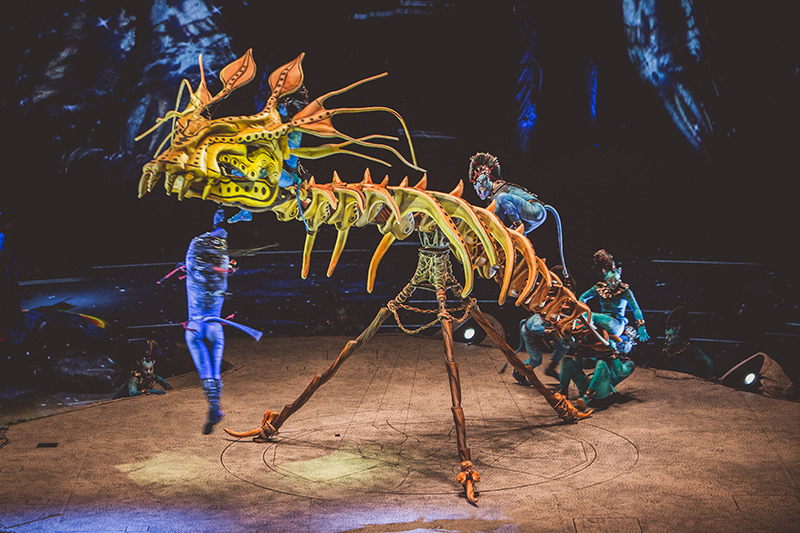 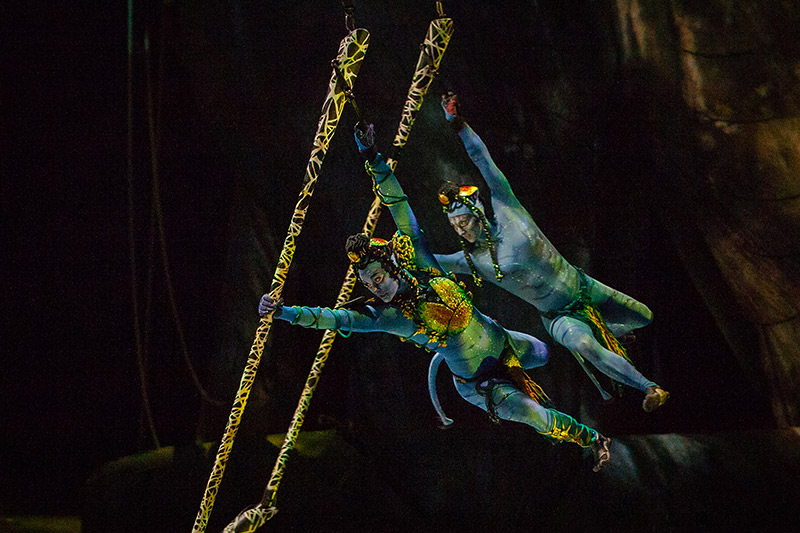 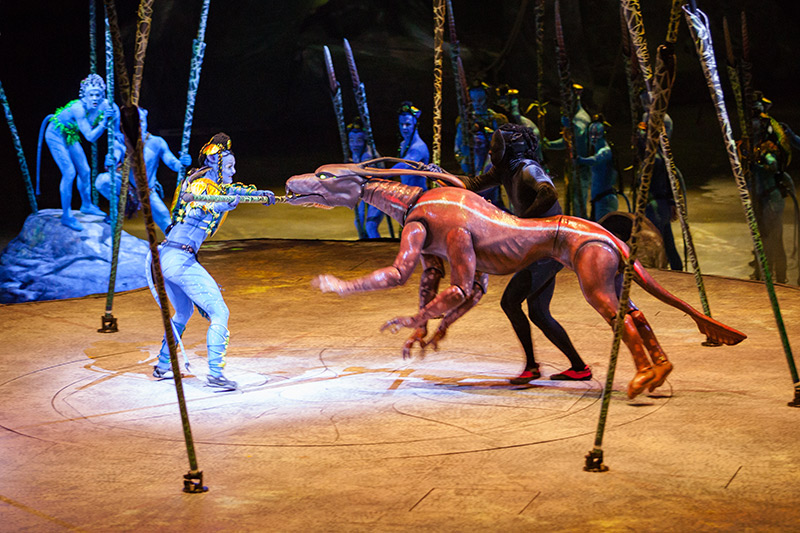 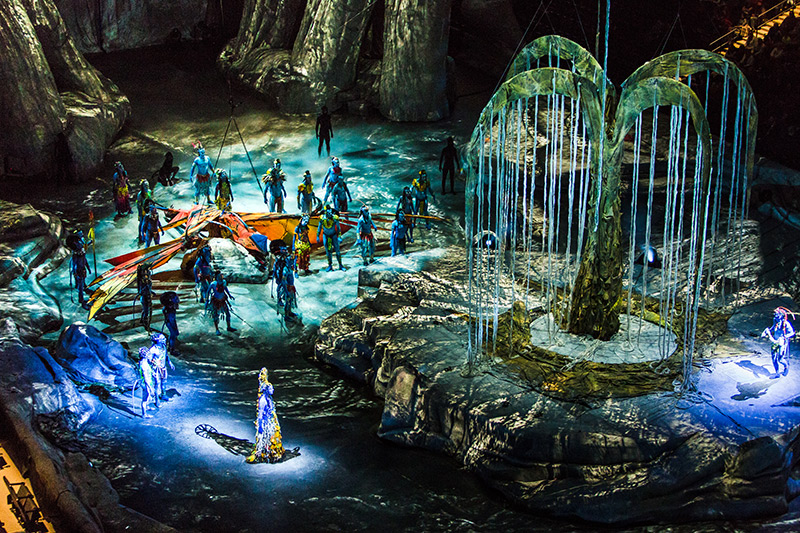 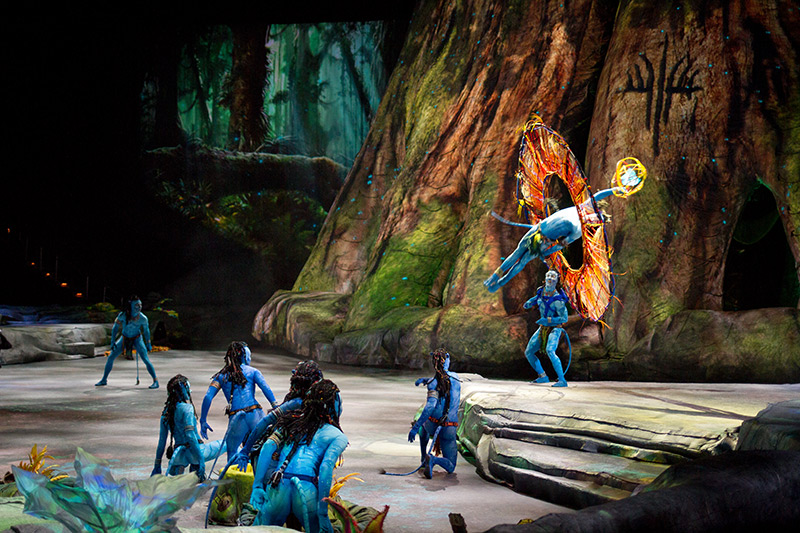 Overall, the production design alone is worth checking out. Just know going in that this won’t be your traditional Cirque show. However, the experience will be just as rich, and you’ll leave just as entertained.