Blizzard released a video on Tuesday that introduced the Overwatch community to our first new character: Pharah’s mother, Ana Amari. Before we go any further, feel free to check it out below if you haven’t already (which, let’s be honest, you probably have):

First off, the rumors were mostly true. While the illusive Sombra had been suspected as our first new hero (or villain) since the game’s release, it was commonly speculated that the scattered references to the masked sniper pointed toward either Pharah’s mother or a villain who was associated with Talon and Gabriel (Reaper).
Ana is not a villain, and in fact, according to her story entry on playoverwatch.com , she was long presumed dead by Widowmaker’s hand. In her origin video , Ana admits that she was unable to shoot the woman she’d known as Amélie Lacroix and nearly lost her own life because of her hesitation.

Instead, she lost her right eye, hence the eyepatch, but made it out and quietly withdrew from the fight (meaning I can’t wait to have both women on the same team to listen to their dialogue; not to mention the quips if she gets put in a game with her daughter). Like Jack (Soldier: 76), though, she found herself unable to ignore the violence happening to her world. Now she’s back in the fray, armed with a rifle (as seen in the cinematic trailers) and a smorgasbord of support abilities. 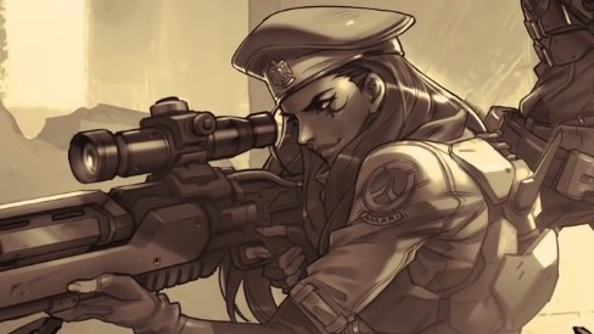 Ana’s weapon is actually a dart rifle that can either heal her comrades or deal damage over time to opponents. So for you Widowmaker and Hanzo fans, I wouldn’t stress about your favorite snipers getting outshone just yet (though of course, it remains to be seen). While her abilities are impressive, the fact that her weapon hits for a small amount of damage on impact and then for more over time means that the more offensive snipers should still have their roles on defense. In Blizzard’s gameplay examples, it took Ana significantly longer to kill Reaper than it would for either of the other snipers to do so.

In addition to her rifle, Ana also carries a sidearm that fires tranquilizers (Sleep Dart), shown to great effect shutting down the game’s official meme, McCree’s Deadeye. The ability is an instant stun, but will end as soon as the victim takes damage, so it won’t be as devastating as the former’s flashbang. Her other active is an AOE that hurts enemies and heals allies, Biotic Grenade. It should be an interesting counter to abilities like Mei’s Blizzard, Zenyatta’s Transcendence, or Lúcio’s Sound Barrier.

And then we have her ultimate: (wait for it…wait for it…) NANO BOOST. It infuses an ally with extra speed, damage, and protection, allowing tanks or other offensive characters to make incredible pushes into enemy territory. The Reinhardt shown in the video eliminated half of the other team within seconds of being hit. In a word, awesome. 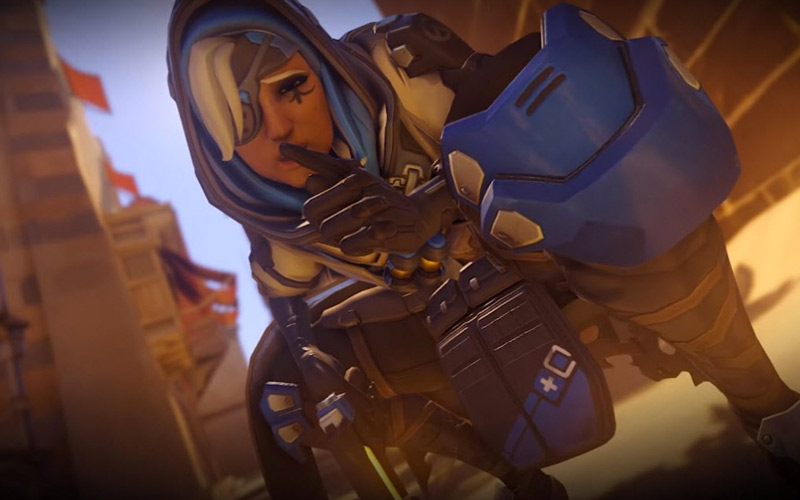 Personally though, I’m most interested in seeing how Ana’s abilities will relate to Mercy’s and Lúcio’s, being a fan of both healers. I suppose that in the end, it will depend on the map. Mercy’s healing may have less range, but it’s rapid and easy to aim (plus, she has Resurrect), and Lúcio will still come in handy for pushes and defending capture points. Ana needs line of sight and time to aim, but once she has it, she can heal from nearly any distance (so it seems). She’s going to be a force to reckoned with in the city maps.

And Blizzard… don’t think I didn’t notice her cloak’s suspicious similarity to those worn by a certain other well-known shooter’s lone wolves. Gunslinger for life!

Thoughts on Ana and Overwatch’s future? Let us know below, and, as always, stay tuned on FanBolt and stay shiny!