There’s a new video game on the horizon and it comes with more than just the standard game. Do I get just the base game or should I go all in with the collector’s edition?

We are now forced to make hard choices these days when it comes to new video game releases. Ok, so we may not be forced to make them and they may not be difficult choices, but once someone has the bug for collecting statues and other collectible items it makes the decision far more difficult the next time a collector’s edition appears for a game they have interest in. 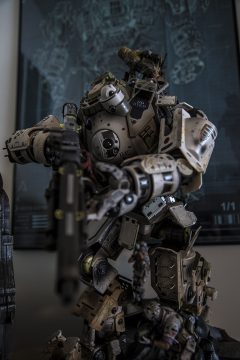 There are big statues, shiny steelbook cases, art books and more that can be found in many of today’s collector’s editions. Some are reasonably priced while others are closer to the price of a new console than they are a game. When seeing some of those prices I often wonder if it’s even worth it or not to own the collector’s edition.

Before this past year I’ve seen a number of collector’s editions pass me by without having any urge to dish out the extra bit of cash to own any of them. But that all changed around the middle of 2015 when I finally got into Titanfall and became a huge fan of the game. That of course made me look once more at the Titanfall Collector’s Edition that comes with the massive 18-inch-tall Titan.

At regular price the collector’s edition for Titanfall went for $250 buckaroos which is definitely something that I would never consider spending on anything outside of a console. However, I kept an eye on trends and found the clearance price reach a range that I felt was manageable. That’s when I performed the rodeo move on it and made that titan mine.

I now owned my first ever collector’s edition, and that completely changed the way I looked at them.

As I opened the box for the Titanfall Collector’s Edition I pretty much couldn’t take my eyes off of the massive titan inside. I did take out the other items first like the poster and art book – and I smiled when I looked at them – but my eyes immediately went back to the titan. Once everything else was cleared out of the box, I reached in to pull out the titan and, as I did so, I had the biggest grin and dropped jaw I probably ever had in my life. Right then and there, I fell in love with my titan, and I caught the collector’s edition bug. From there on out I had to own every collector’s edition for all games I love. 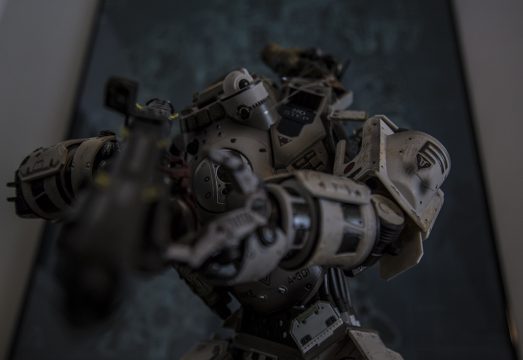 For example, the Halo 5 Collector’s Edition is another one that I’ve purchased recently after having already owned the standard game. Now, I had a lot of complaints about Halo 5 and how the marketing team pretty much screwed over the storyline for the game by making it out to be way more than what it actually was. Chief vs. Locke! The world’s most epic fight! Ugh…

Anyway, I still love Halo and found the collector’s edition for Halo 5 to be pretty neat looking with Master Chief and Locke. Now here’s a perfect example of why gamers don’t need to purchase a collector’s edition right away. The Halo 5 Collector’s Edition started out at $250. Again, this is a price tag I won’t even get close to touching. However, months later after the release is when it started to hit clearance prices from companies trying to get rid of their stock. Currently today this collector’s edition can be purchased on Amazon for $66. That’s pretty amazing in my opinion for any Halo fan, whether they enjoyed Halo 5 or not.

Finding great deals like this may not always be the case though. I got lucky to snag the Titanfall Collector’s Edition at a local GameStop when it was impossible to get it online by the time I was looking. The Halo 5 Collector’s Edition can be found everywhere, pretty much, at this point.

So again, waiting to purchase a collector’s edition always seems to be the best move for those who want to gamble on the price and availability. However, there are going to be situations like the one for Final Fantasy XV. That collector’s edition is way too much for me ($270), yet it sold out online almost immediately. Who knows how many more will become available in the future, but if I had to guess I would assume that they will sell them all without having to reduce the price. Therefore, that’s one collector’s edition that fans will probably have to pour out the cash for if they desperately want it bad enough. 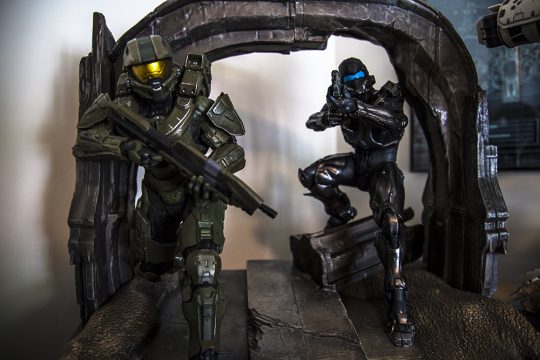 Then of course there are those situations where you just don’t care about waiting for a price drop and choose to pre-order a collector’s edition because you know how much you’ll love the game. Plus, it helps when gamers can get 20% off by pre-ordering through a service like Amazon or Best Buy. The collector’s edition for Overwatch is that example for me. I loved the beta so much and really enjoyed playing with Soldier 76 that I knew I would be alright snagging it at its regular price. It helped that the Overwatch Collector’s Edition wasn’t overly priced like some of the others, especially when using the 20% off.

There are many ways to play the collector’s edition game and deciding what’s worth it and what’s not, but thank goodness for the sales and clearance prices that seem to appear for most collector’s editions within a reasonable amount of time. It really helps the pocket book of the tempted gamer. It’s always good to find a sale, but I also understand the need to purchase it right away if it’s reasonably priced and there’s a chance they might sale out.

Collector’s editions are definitely a lot of fun to own. A lot of them, especially the Overwatch Collector’s Edition, are of good value and make the owner feel as if it was money well spent. And that’s the important thing when it comes to these purchases, making sure it’s well worth the investment.

Unboxing videos and opinions/reviews of collector’s editions are very important to check out as well. They usually give the interested party a better understanding of what exactly is in the collector’s edition and how good the quality is for them. 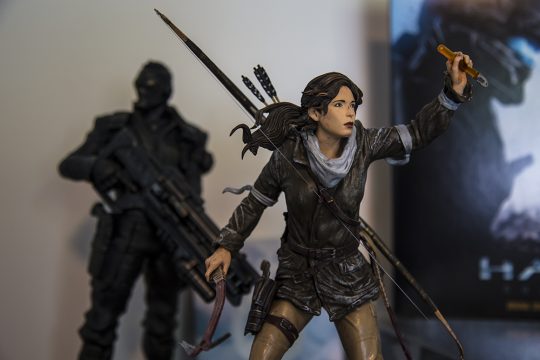 Out of the four collector’s editions that I own the Overwatch version was the most inexpensive at its regular retail price. However, it was by far the best packaged item out of the four and made the buyer feel as if they got their money’s worth by a long shot. I love all four that I own, but I am so impressed by the amount of content and quality with the Overwatch Collector’s Edition. Even the box – yes, the box – that the Overwatch Collector’s Edition comes in is amazing as well thanks to its texture, weight, and design. This is especially apparent when compared to the disappointingly packaged and cheap feeling of the Rise of the Tomb Raider Collector’s Edition. Don’t get me wrong, Lara looks good on my shelf too, but the overall quality, packaging, and additional items don’t even come close to what’s offered in the Overwatch edition.

My biggest gripe with the Rise of the Tomb Raider Collector’s Edition is the awful steelbook case that it comes with. It’s cheap and flimsy feeling compared to all others that I own. I probably wouldn’t be so harsh on my overall opinion of that collector’s edition if they got the case right. 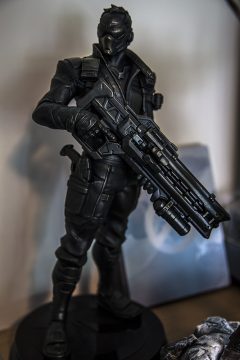 For the most part I’ve learned that it’s best to wait on all collector’s editions until you’ve seen unboxing videos, opinions of it, and know if you really like the game or not. Plus, who knows how much of a discount you may get – if at all – a few months down the line when they start going on sale.

It seems to me that there are a lot more statues and special items coming out these days with the collector’s editions of games. It’s probably because I’ve finally caught the bug for owning them that I’ve started to notice this more, but with so many being released there is a lot of temptation out there for fans.

Uncharted 4 was my latest temptation and even though I love the game and the series as a whole, I decided against getting the collector’s edition just because I don’t like the way the statue looks. Now, I totally still got the limited edition with the steelbook case though. I couldn’t turn that down! Thank goodness for those options as well. I see a similar purchase for me in the near future when it comes to Final Fantasy XV with its steelbook option.

This fall offers a lot of temptation for gamers as I’m already tempted to grab the Deus Ex: Mankind Divided Collector’s Edition. And down the road a little bit further is, of course, Titanfall 2 which I really, really want. Additionally, there’s a statue for Horizon, ReCore, and Gears of War 4 that all look fantastic.

Collecting Statues: The Temptation of the Collector’s Edition