I quickly became excited when learning that a version of Forza, Forza Motorsport 6: Apex, would be hitting the Windows 10 store for PC gamers. I became even more excited upon setting my eyes on the 4K promotional trailer for the game. I don’t currently have a 4K monitor, but I do have a 1440p monitor with a setup that can get the most out of games. So I was very eager to see just how great the game would look on my setup.

Forza Motorsport 6: Apex is currently available for free on the Windows 10 store. At the moment it’s still in its beta stage as the game isn’t perfect by any means. I’ve seen plenty of texture popping, stuttering, and even a rare game crash (not a car crash!).

Unfortunately, I didn’t have a lot of time to play when the game originally launched back in May. I did play a few races and got to see the cleaner visuals of a PC version of Forza. But it wasn’t until recent when I finally fully engaged into the beta, and it wasn’t just for the visuals.

Forza Motorsport 6: Apex is built with the identity of trying to land new gamers that haven’t previously experienced the Forza series, or maybe just haven’t played a Forza title in quite a long time. That doesn’t mean that gamers like me who have played every title in the series still can’t appreciate the game – we most certainly can appreciate it.

This is the Forza we all know and love from the Xbox as Forza Motorsport 6: Apex offers a decent amount of content that allows PC gamers to experience the fabulous handling and racing gameplay for free. 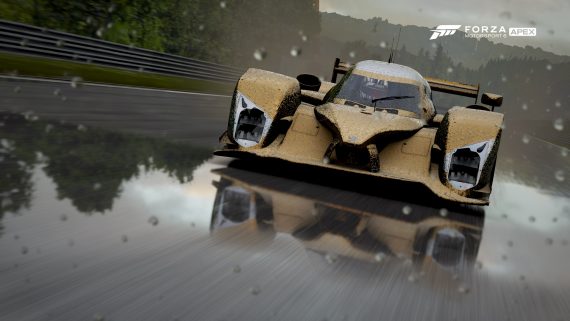 It won’t take long for players to progress through the game’s Tour mode by completing 12 different races. However, to make it more challenging and interesting there are specific bonus objectives to accomplish during each race that add an extra layer of difficulty. Furthermore, players can earn a score based on their difficulty setup that is submitted to a leaderboard.

If players want to just race through each competition in Tour mode without worrying about a score they absolutely can. However, for players who want to earn a higher score for the leaderboards, they can adjust the assists which add a percentage to the overall score. This is a great way for gamers and their friends to find out who is the more skilled driver.

For example, if a player turns off the ability to rewind and removes the steering assist they will be able to collect a higher score during a race – as long as they still hit the main objective. There are also bonus objectives per race that give extra points to a player’s score. And lastly, players can increase the AI difficulty to really get a good bonus on their overall score total for the leaderboard. 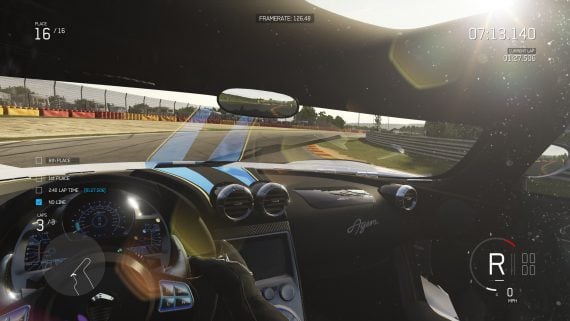 But as I mentioned above, it won’t take long to go through the 12 event Tour mode and earn medals that when collected unlocks more vehicles to use. Thankfully once players complete Tour mode and had their fill of getting a higher score, they can then compete in frequently updated showcase events. Every week two new showcase events are added to the game.

For the most part I just casually went through the game and nearly have every achievement at just beyond 8 hours of total gameplay. There are harder achievements that will require more time though such as collecting a specific number of medals and earning an overall score total of 50,000,000. Still, no matter how long players spend in the game, it’s a great Forza experience – especially for free.

By the way, it’s fairly easy to earn the achievements for those who like to go after them for their overall Gamerscore. I currently have 18 out of the 24 achievements which is 760 points out of the 1000 available. Not bad at all for an entertaining 8 hours of playtime.

Forza Motorsport 6: Apex is worth checking out for anyone who may be curious about the series or simply seeing what it’s like on PC. It’s a great look into the Forza universe, and it’s nice to put all the graphical settings to their maximum value for a higher visual quality experience than what’s found on the Xbox One.

I also achieve good frames per second when maxing out everything at 1440p. I’m running above 100 FPS with spikes well above that. I’ve seen a few instances of dips in the 90’s, but besides that the performance is great – well, outside of the mentioned stuttering that often shows throughout a race. 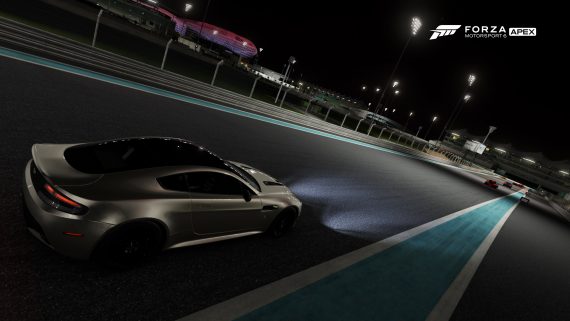 I began my Forza Motorsport 6: Apex experience by only being interested in the graphics. After maxing out the settings, I pretty much said, “Hmm, alright” and then sat back and enjoyed the ride on PC. The graphics look good, but they are far from outstanding when compared to other racing games available on PC. However, and most importantly, the player won’t even care about what lack there may be in visuals soon after a race begins. They look good enough and the gameplay will simply take over from there.

Forza is all about great gameplay and experience, and even with its current minor issues, Forza Motorsport 6: Apex gives gamers a taste of that for the first time on PC for free through Windows 10. It’s absolutely worth checking out.

Forza Motorsport 6: Apex – Taking Forza for a Spin on PC