Margot Robbie has signed a “first-look” deal with Warner Bros. Pictures to produce the standalone movie about Harley Quinn. The 26-year-old actress brought the sexy psychotic super-villain to life under the guidance of the studio in DC Comics movie Suicide Squad earlier this year and has now confirmed a spin-off movie about the anti-hero with the studio.

Robbie will lead a cast of female characters from the DC Universe in the new film, which she was keen to bring to fruition after she fell in love with Harley and the team of villains in Suicide Squad.

According to The Hollywood Reporter, Margot was the “impetus for the project. When she got the part for the movie, she dove deep into the comics to learn as much as possible about the character. In the process, she fell for DC’s female characters. She brought on the writer to help develop the project and brought it to Warners, which snapped it up”.

It’s not known whether Harley Quinn’s dangerous lover The Joker (Jared Leto) will star in the spin-off or Batman (Ben Affleck) who is traditionally the superhero trying to stop the pair’s criminal plans. But Robbie is certainly keen to reunite Harley and Leto’s version of The Clown Prince of Crime. She said: “I’m trying to make that happen. Not for anything specifically, but just something – there’s so much more to do.” 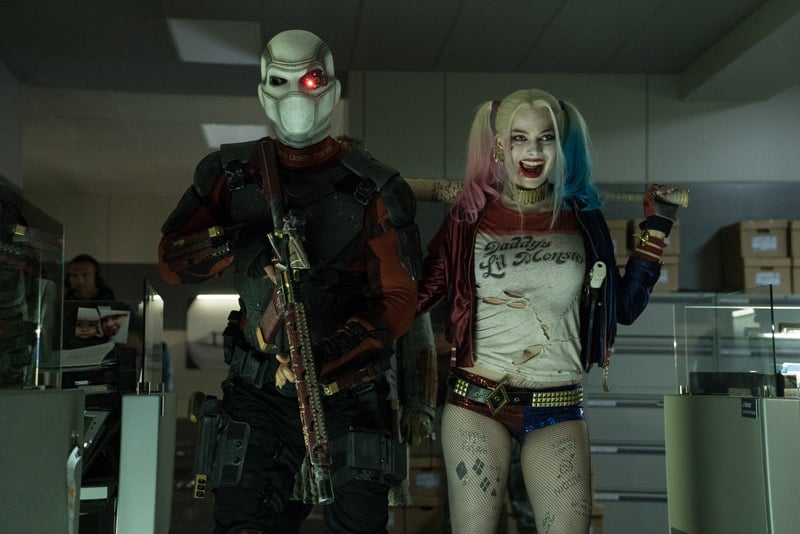 The blonde-beauty – who shot to international fame in Martin Scorsese’s The Wolf of Wall Street – will produce with LuckyChaps and is at present cutting her producing teeth on Terminal.

She’s also set to star in and produce the upcoming psychological thriller Bad Monkeys and will depict disgraced figure skater Tonya Harding in the biopic I, Tonya.

Meanwhile, LuckyChap is developing and producing, who the actress will also depict in the movie.