Rez is a game I’ve played a thousand times before and will play a thousand times again. It’s a game I became closely attached to when it first released on the Sega Dreamcast back in 2001, and a game that continued to fill me with joy when it released again on the Xbox 360. Now we have Rez Infinite on the PlayStation 4, and it’s the best Rez experience yet!

Rez is my all-time favorite game with its on-rails shooter action that ties in the act of shooting to the beat of an excellent soundtrack. It features five unique and mesmerizing areas to play with good patterns of enemies and fun boss battles. What makes the boss battles a blast besides enjoyable gameplay is the progression of the music that reaches a climax during the boss battle. Rez is a fantastic experience, and now Rez Infinite lets players once again play the classic game that fans know and love, as well as let newcomers check out the awesomeness for the first time. 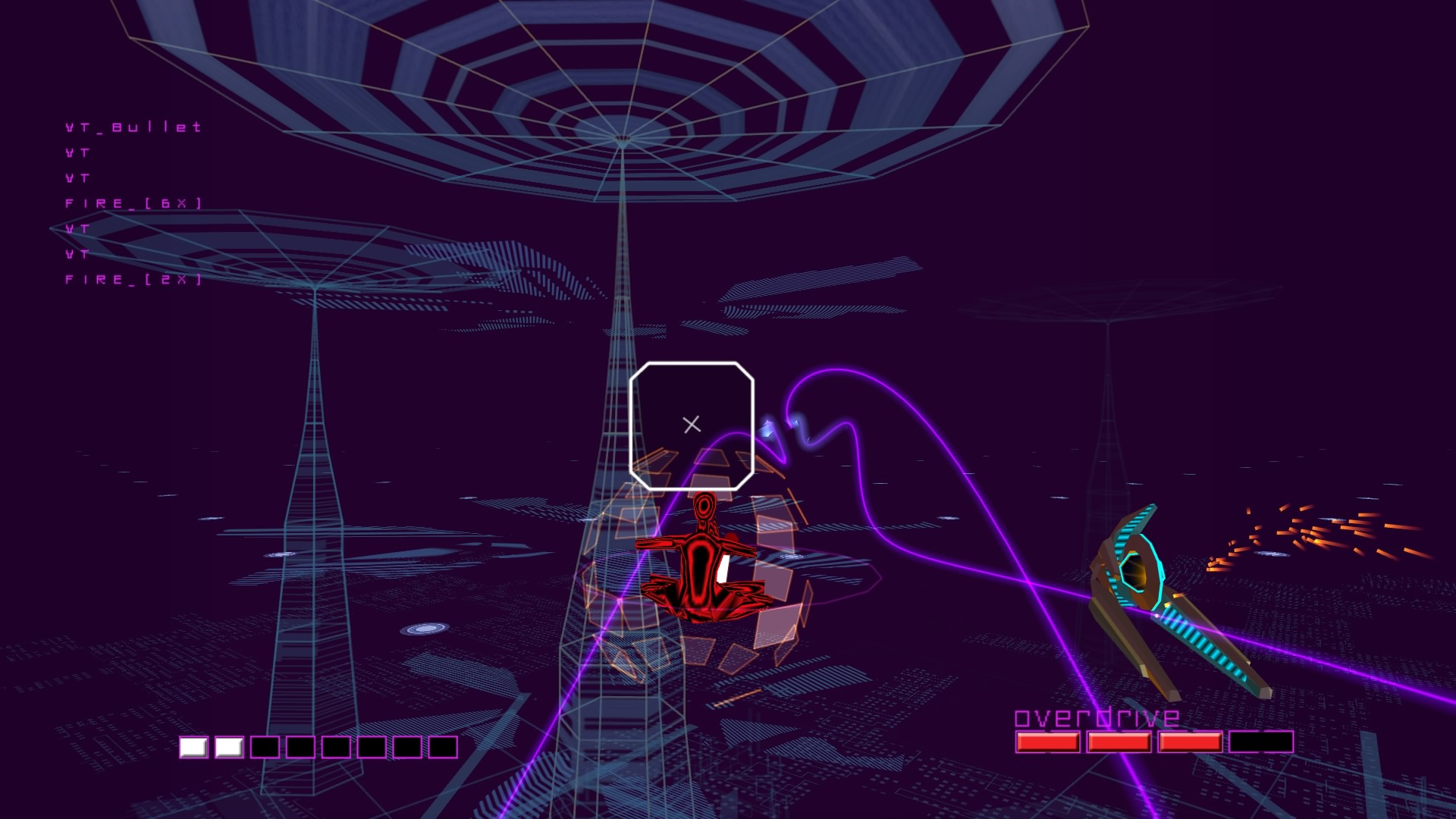 I began Rez Infinite by playing through the game’s five stages, and once again loving every moment of it. It’s nice to see the enhanced visuals of the PlayStation 4 version as they are much more crisp and clear and really do a nice job of bringing out all the surroundings. Also, blasting the in-game music through headphones sounds better than ever, although this might be the first time I’ve actually played the game with a good pair of headphones. But it’s great to play a new version of Rez as beating the main game again brought back all kinds of joyful memories of a game I love more than any other. It was a special feeling to play and beat Rez again.

After players complete the first five areas they’ll unlock the new Area X which is a brand-new level designed for Rez Infinite. Obviously, after enjoying a trip down memory lane, I was filled with joy and excitement to try out the new stage. However, I wasn’t prepared for the rush of emotion that would come over me as I began this new experience. 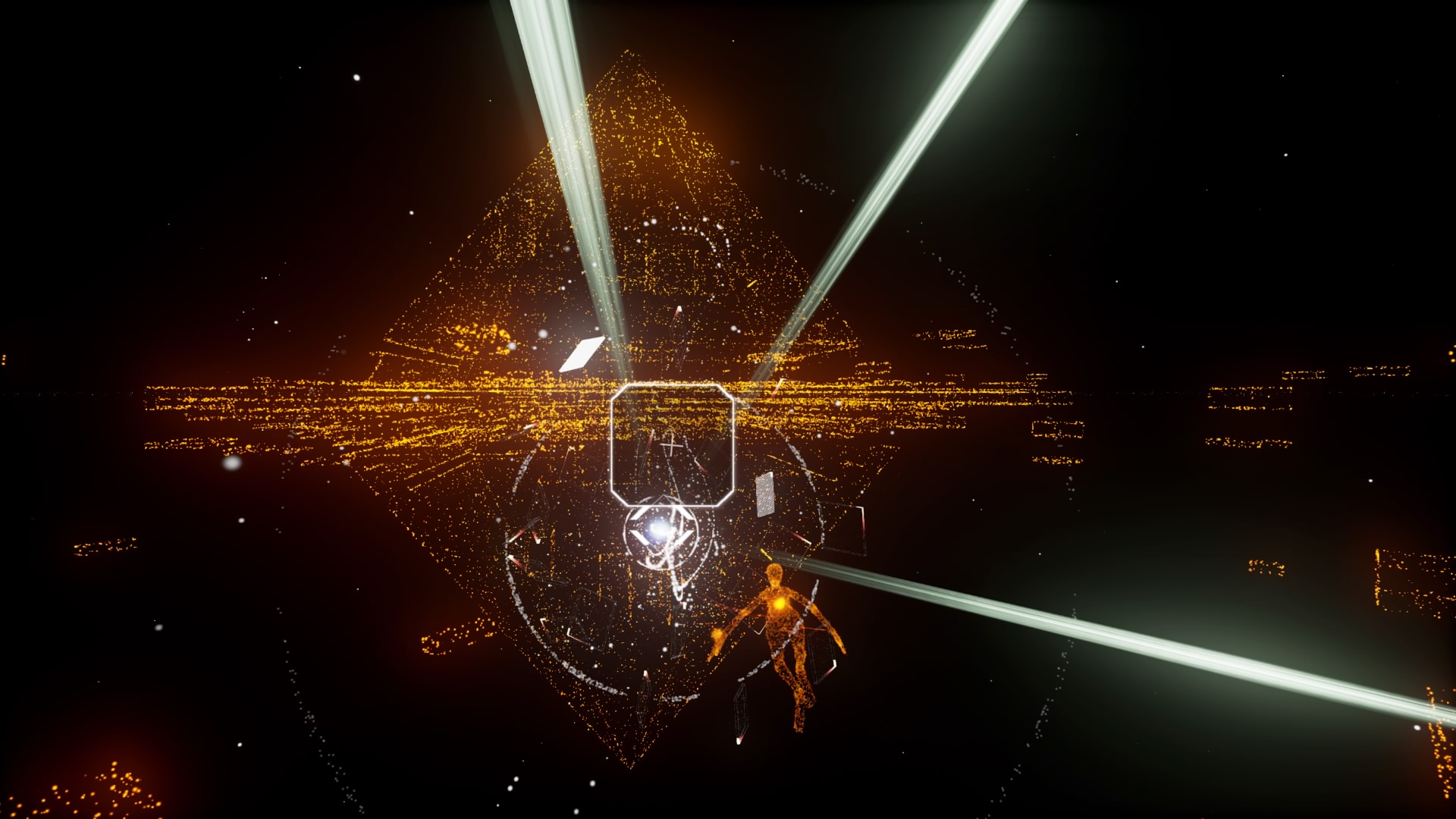 As I took my first look at Area X with all its colorful particles floating around and as I listened to the brand-new song for the level, I quickly became overcome by emotion and joy at the same time as I was experiencing something new in a game I have loved forever. It was such an amazing feeling to progress through Area X and hear this new song set around familiar gameplay that also feels fresh. But really, the beautiful artistry and particle effects of the entire stage really set the entire tone for the level. It’s so amazing, and it’s a magical journey for all Rez fans to experience.

I didn’t want Area X to end as I just wanted to keep going and going to witness even more brilliance in this new stage. The song is great and shooting enemies is even more special in Area X as they would explode with the sound of a firework and splash the screen full of colorful particles. This works so well with the game’s style and atmosphere. But as I reached the final moments of the area, I once again became overjoyed and emotional. Area X is a great experience for sure, but a meaningful experience and one to cherish for fans of the original game. It’s hard to express just how happy I was playing this stage for the first time. And a second time. And third. Yeah, I could keep going. 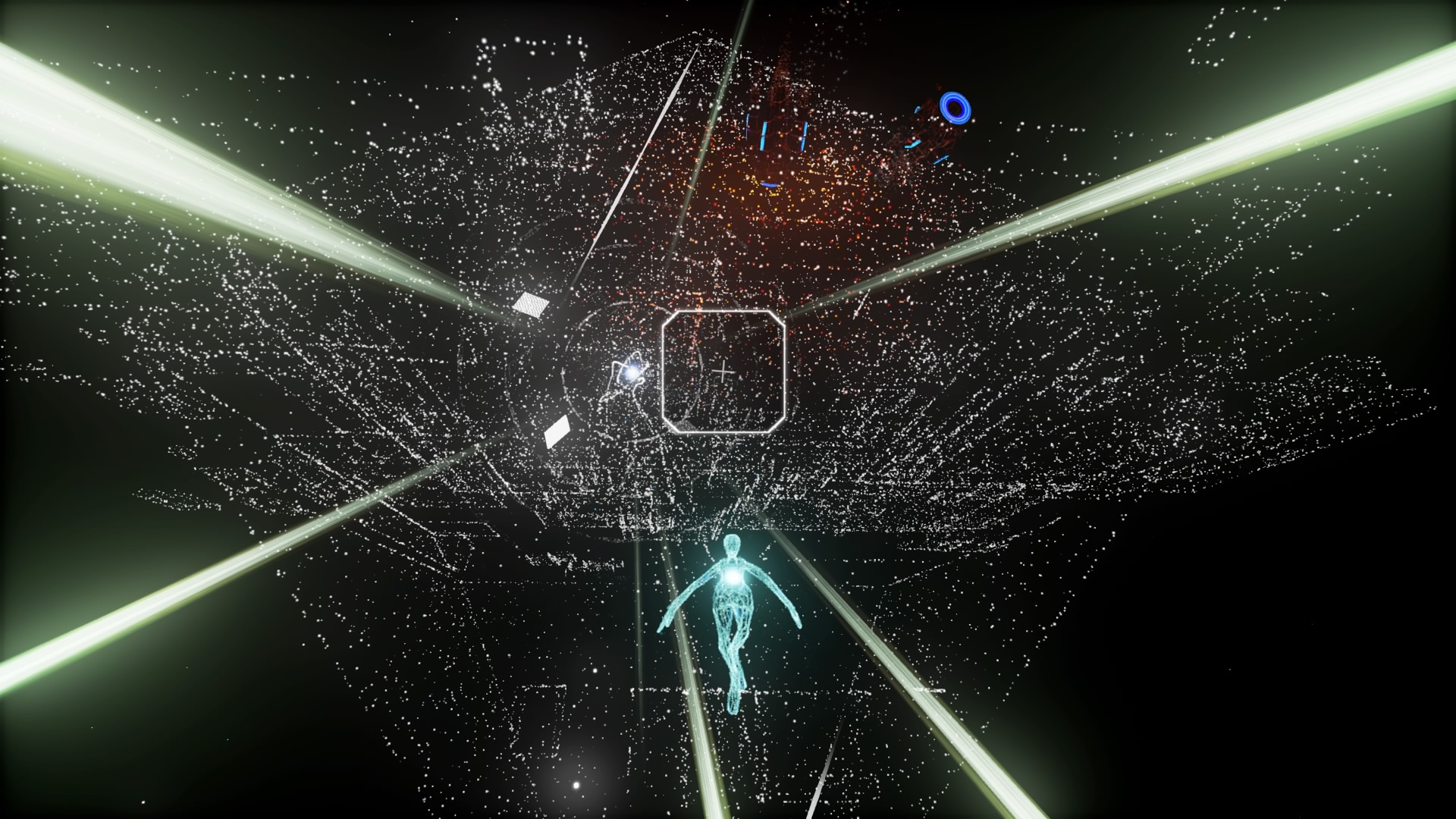 Fans of Rez are in for a real magical time with Area X. It’s truly beautiful and captivates the heart. I’m really happy that it can’t be unlocked until players beat Areas 1 through 5, as that provides the perfect reminder of what made the game great to begin with. Rez fans are going to love this, and new players can see what its all about by playing a complete and perfected version of Rez with Rez Infinite.

For those who don’t know much about the game, Areas 1 through 5 can be completed in just about an hour. However, there are multiple endings and unlockable stages that keep the journey alive for some time, including two unique levels to play, as well as a Boss Rush mode. There’s also multiple versions of Direct Assualt to unlock which is a mode that takes the player through all five areas without any breaks in the action. As Rez Infinite is a shooter, it does keep track of the high score in Score Attack mode. Unfortunately, this is the game’s one mistake as it only tracks the top high score locally for Score Attack. There are no local or online leaderboards to compete on. This makes me sad, but it’s only a feature and it doesn’t take away from the amazing experience that the game offers otherwise. 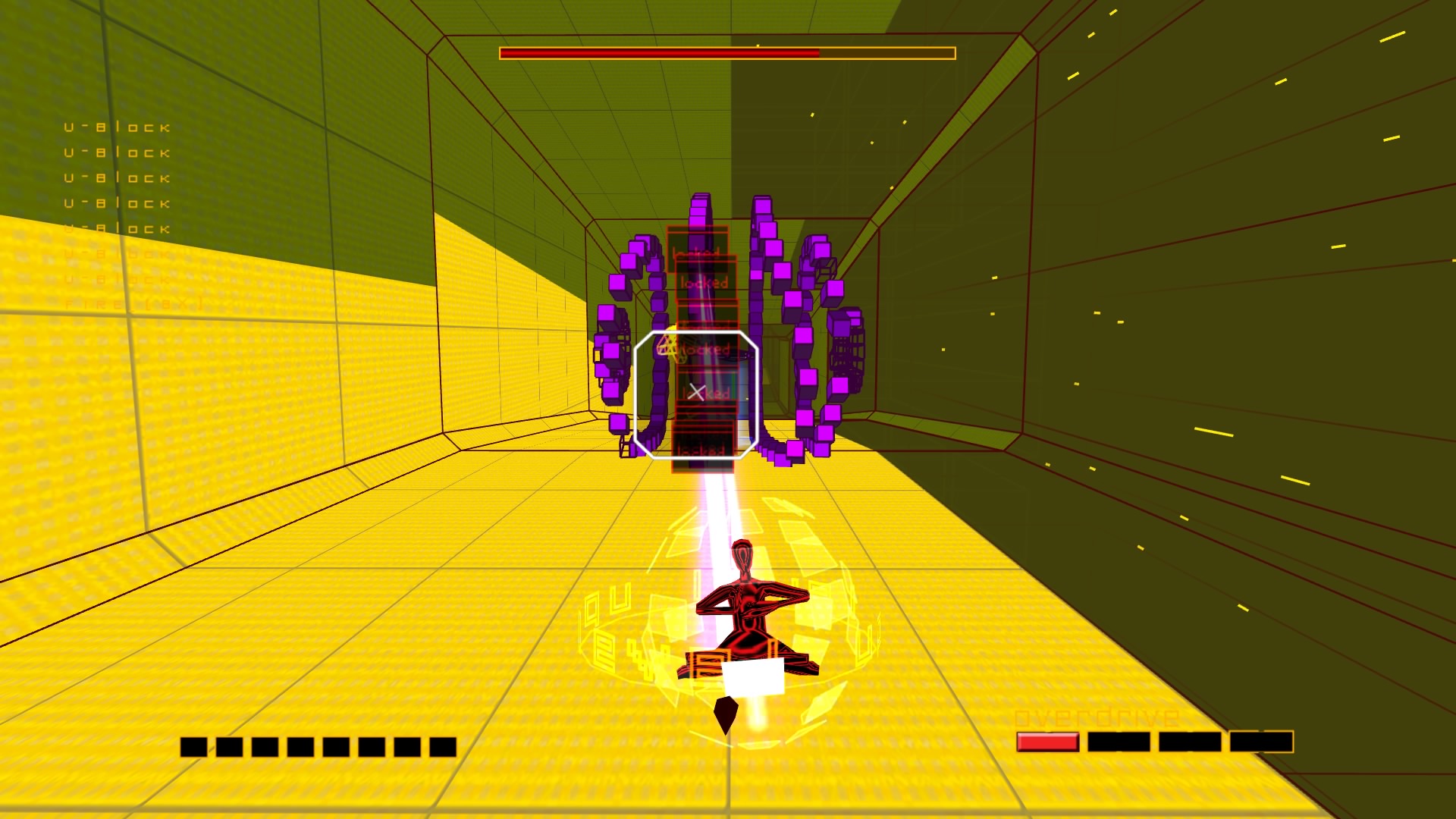 Rez Infinite comes with a good collection of Trophies to unlock, including a Platinum, which should make fans excited to earn. Of course, it didn’t take me too long to gather a majority of them. The longest trophy will easily be clearing Direct Assualt in Trance mode, but I’ll be working on that soon so I can get my Platinum trophy.

Unfortunately, I’m unable to review the game in VR at the moment, but it’s absolutely not needed to fully love Rez Infinite.

Rez Infinite is the perfect version of Rez. It’s a magical experience that becomes emotional and even more beautiful thanks to the new Area X. I’m so happy with this version of the game and can’t wait for all Rez fans to get their hands on it. For the newcomers, there’s great music, visuals, and gameplay with shooting enemies to the beat of the music. There’s also good depth and it’s easy to replay over and over again. 15 years later, Rez continues to be the greatest game ever, and Rez Infinite is now the perfect version of it.

Andrew Stevens
Andrew Stevens is a Guest Editor at FanBolt for Gaming and Technology. He has over 8 years of experience working within the gaming industry which includes time at Bethesda Softworks. His unique view of the industry and passion for gaming can be found within each one of his editorials. Andrew also loves PC gaming and enjoys tinkering with new hardware. He also can’t get enough speed when it comes to racing games and doesn’t mind navigating through swarms of bullets in any shmup. He considers Rez as the greatest game ever. Andrew's opinions are his own and do not reflect the opinions of his place of employment.