For the first time ever I’ve finally sliced up a piece of virtual fruit by playing Fruit Ninja VR. I’ve always heard of the Fruit Ninja mobile games, but I’ve never given them a try. However, once Fruit Ninja VR came out for the HTC Vive, I knew for certain that the time had come for me to chip away at all that fruit.

I feel lucky that my first experience with Fruit Ninja is within the realm of virtual reality, because how can it get any better than holding two controllers that represent the in-game swords while using your physical motion to swing away and cut all the fruit that pops into sight? Oh yeah, I definitely waited for the perfect Fruit Ninja experience. 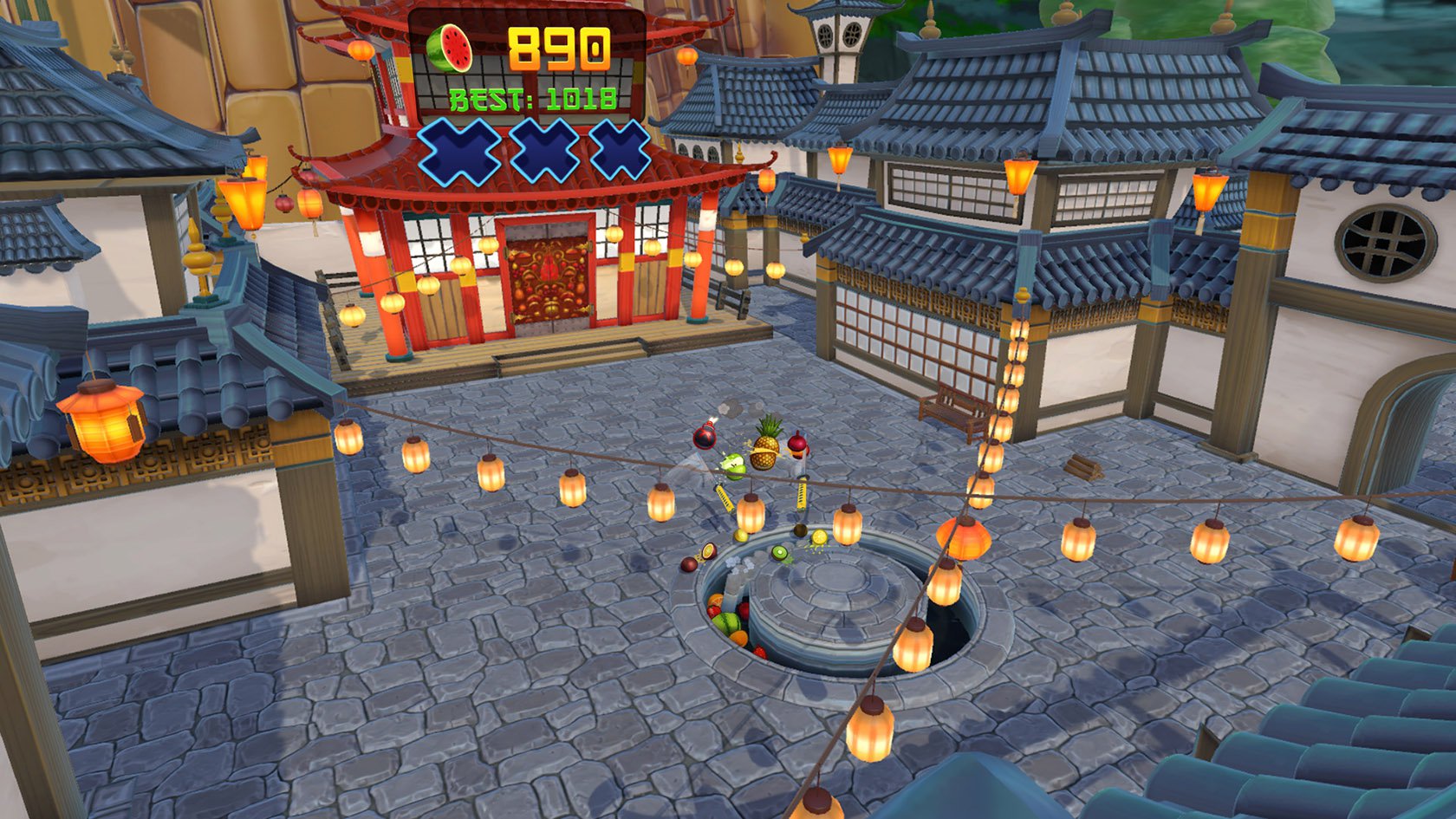 Fruit Ninja VR is still in Early Access, but it does feature four modes that include Classic, Arcade, Zen, and Survival. Each mode is unique in its own way and are all fun to play. Arcade is great for earning combos while trying to avoid bombs that get thrown into the mix of fruit that pops up from the ground, while Zen is a nice bomb-free experience that players can keep playing until they miss three pieces of fruit that end up hitting the ground without being cut.

I had a blast in each mode, and even though Fruit Ninja VR is a total casual experience, it features great replayability thanks to the leaderboards and unlockable achievements – but mostly the leaderboards. I do hope that we see a Friends only section of leaderboard in the future though.

While I did enjoy all modes, Survival ended up being my favorite as it features a flying drone that floats around the map and shoots fruit at the player out of its cannon. Once three pieces of fruit hit the ground, or once a bomb hits the player, the game is over. However, the longer players keep going, the more challenging it gets. A second and third drone will appear if the player ends up having a really good round. Having to deal with multiple flying drones is a tough gig as it forces players to eye and attack fruit that is shot out from multiple locations – and sometimes all at once, which is totally unfair! But that’s what makes Survival exciting, and the entire game a lot of fun.

Fruit Ninja VR currently features only one single location for all four modes, so the scenery is all the same, but this is something they plan on changing in the near future. Also, there are plans for more weapons to use besides the dual wielding swords – not that I need anything else, though. I love being a masterful swordsman!

Fruit Ninja VR is a perfect game that can be enjoyed in a short span of time, and one that will keep players coming back for more thanks to the addictive challenge of the high score leaderboards. Plus, I have a feeling it’s also one of those games that’s perfect to share with friends as it’s quick and easy to play, while still providing a great deal of entertainment.

Fruit Ninja VR is a good slice of fun!