What the Funko is up with these Pop! vinyl figures? I see them everywhere, and each time I ask myself what’s the appeal of these big headed figures?

Funko is well-known for creating the popular Pop! vinyl figures that represent many of the latest pop culture trends. Fans of games, movies, television shows, and even sports can find a figure that best represents their passion as an enthusiast.

Having seen these Pop! vinyl figures around in stores, I always asked myself what is it that draws collectors to these items. But it didn’t take long for my vision to change when a friend of mine showed up with one of the video game figures which caused me to become just a little bit more interested – well, interested to the point where I had to know what other gaming figures existed. And that’s when I saw them, the Pop! vinyl figures for Overwatch.

All of a sudden I went from wondering why people find Pop! vinyl figures so appealing to absolutely needing to own the Overwatch collection. Oh, and the Diablo collection too. And I might as well include Nathan Drake in there, as well as the new Gears of War collection that looks totally awesome.

If somehow that wasn’t enough to bring me on board, then there was absolutely no way I could have turned down the absolute most ADORABLE AND CUTEST little guys EVER!! I’m talking about the recent announcement of the Titanfall 2 figures that come with little miniature pilots that fit inside the titan. Oh my gosh, must have now! 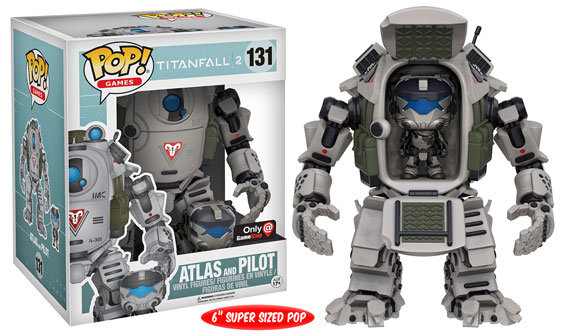 Yup, all of a sudden I’ve become obsessed with needing these collector’s items. Help me!

This must be the same story of every Pop! vinyl collector. Within a moment they go from not caring about them to must owning every figure that represents a game they love. That’s exactly how it went down for me.

Now that I have this ever growing interest in the Pop! vinyl figures, specifically the gaming collections, I decided to ask Mark Robben, Director of Marketing for Funko, how the company’s addictive line of figures began and where they plan to take them in the future.

Andrew Stevens: So, how did it all begin and how long did it take for the public to become completely obsessed with the figures?

Mark Robben: Our Pop! vinyl figures made their initial debut at SDCC 2010. There were only four figures – 2 versions of Batman, Green Lantern and Batgirl. Essentially DC had asked for a “new style” of vinyl collectibles, and the Pop! style is where our artists landed. Within two years, we knew something was happening. The lines at conventions started to grow, and we started to see more and more people talking about us and to us on social media. The types of collectors coming to our booths started to change and become more varied, and before we knew it……it was madness. Our retail partners have experienced much the same in terms of customers and fans coming into their stores and asking for Funko. 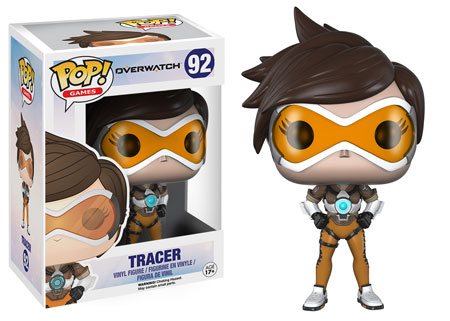 Andrew Stevens: How well has the gaming community responded to the gaming editions of the Pop! vinyl figures and has that influenced the decision at all when it comes to creating more figures based on popular game characters?

Mark Robben: Our Pop! games line has become increasingly popular, as have the Mystery Minis based on games – Fallout, World of Warcraft, Overwatch, etc. The sales have definitely been strong and the interest among collectors is high. That’s the surest way to ensure we’ll create more figures. At this point, we’re absolutely growing our games category and have no plans on slowing down. Overwatch in particular has been a huge hit and we’ll be doing a few more series from that game for certain.

Andrew Stevens: As mentioned above, it was Overwatch that originally sold me on the Pop! vinyl figures as well. However, I’m now highly interested in the Gears of Wars figures and have absolutely fallen in love with the Titanfall 2 figures that were recently announced. Are you working closely with other publishers to create more figures based on upcoming video game releases and what exactly is the process for considering a new line of figures?

Mark Robben: The only way we work with our licensors is closely. Everything we create is made in a deep partnership with the licensor, whether it’s video game content, TV, film or music. When we consider a new line of figures, it’s a multi-pronged process. Firstly, what’s our vision at Funko? What do we want to create, and what are we most excited about? Then, of course, there are the fans. What do they want? What are they buying? What are they not buying? We actively listen to what people are saying on social media and try build fan feedback into our process. We also have to consider the licensors, as they own their content and have specific visions for their brands. Lastly, we constantly dialogue with our retail partners so we can understand what they’re seeing in their stores and online. In that way, we’re getting input from almost everybody involved, from Funko all the way through the retailer and to the fans themselves. 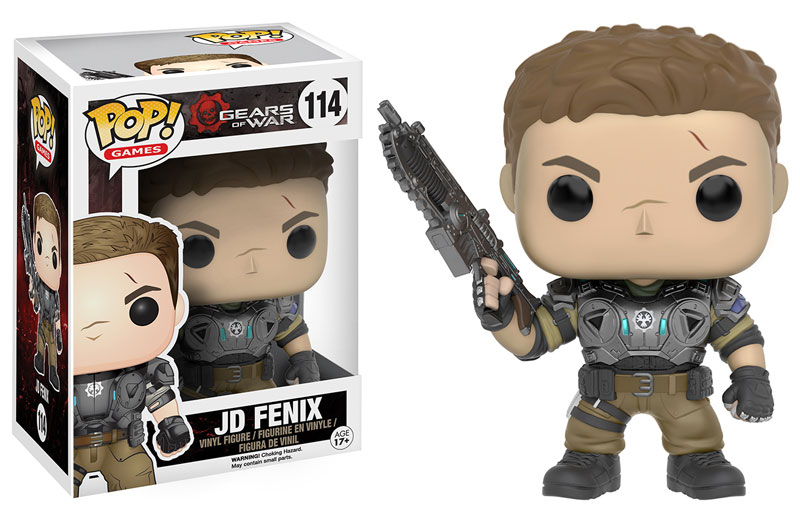 Andrew Stevens: As a gamer and a fan, I definitely look forward to having the Titanfall characters sitting on my desk while playing the upcoming Titanfall 2. I might even stream the game while showing off the figures next to me. How often do you hear about or see situations like this and what are some of the best stories you’ve heard from fans about how they display their figures?

Mark Robben: I think for me, it has to be the people who have entire rooms set aside for displaying their collections. That’s real world real estate being devoted to displaying Pops and Dorbz. The amount of space people have devoted to Funko in their homes constantly humbles us. Every once in a while, we hear stories about people who’ve had to negotiate the amount of Funko they’re allowed to purchase in a given month. Now that’s compromise.

Mark Robben: Don’t get too carried away. But you’re going to want ALL of Overwatch series 2, especially if you’re loving those Titanfall figures.

*Glances at my wallet and takes a deep breath*

Thank you, Mark, for taking the time to speak with us. Games and figures go good together, so it makes since that the Pop! vinyl figures have become popular. Congrats, Funko, I’m now addicted to them as well.