Sega recently announced the upcoming release of Hatsune Miku: Project DIVA Future Tone exclusively for the PlayStation 4. The rhythm-based beat-matching game will be released digitally on the PlayStation Network this January 10th and is actually free with 2 songs only. However, through the in-game interface, players can purchase two different music packs for either $29.99 each or for a combined discounted price of $53.99. 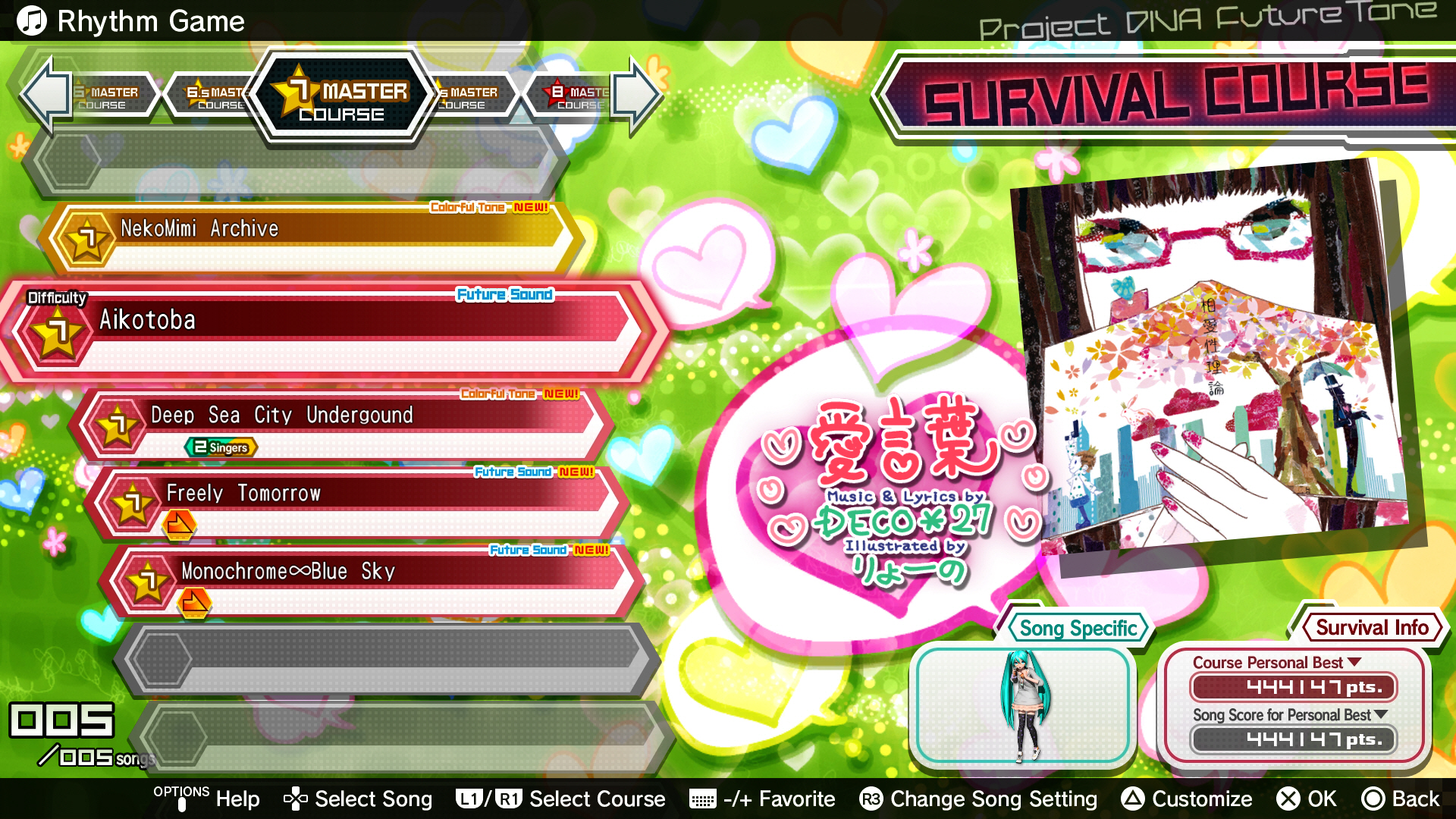 However, where Project DIVA X failed to impress me is that it only contained a few songs that I really enjoyed. It has just over 30 tracks, which is far, far away from the 224 available tracks in the upcoming Hatsune Miku: Project DIVA Future Tone. So the fact that this many songs will be available has me extremely excited for its release.

Hatsune Miku: Project DIVA Future Tone looks to increase the speed and energy as players will encounter a different control style that should make it the most frantic Miku rhythm game yet. There will also be more than 340 costumes and accessories to use between the two packages, and there’s also an exclusive feature where players can mix and match costumes and hairstyles for those who purchase both packages.

Hatsune Miku: Project DIVA Future Tone is all about the arcade experience where players unlock songs by completing them through the game’s five different levels of difficulty, including Extra Extreme. There’s also a currency to earn known as VP that can be used to purchase new costume modules and items to stylize Miku and friends.

Hatsune Miku: Project DIVA Future Tone is set to release on January 10, 2017 as a digital title only on the PlayStation Network for the PlayStation 4. Colorful Tone and Future Sound music packages will be available individually for $29.99 or as a bundle for $53.99.

Bring on the music!