Gravity Rush 2 is an absolute blast to play. Being able to hop from one floating island to the next while using gravity to thrust and pull my way to each area is fantastic. The incredible vastness of the world around the player is so enjoyable as well. It’s not just full of side-by-side locations to skip and jump to, but it’s a multilayered setting that has places to visit both far above and well below. It’s so much fun taking a leap off a ledge and then dive into a freefall until the world below comes into sight. Gravity Rush 2 is full of entertainment, and I’ll get into that even more in my coming review. 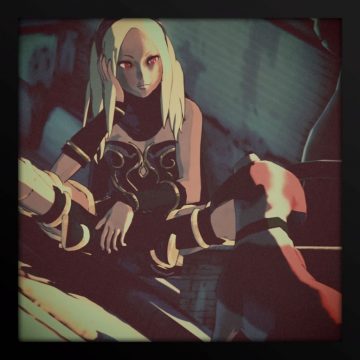 For now, I want to focus on a feature that I’ve already spent a great deal of time using in Gravity Rush 2, a feature that I know will distract me all the way to the end of the game. What is it? Well, let me first say that one of Gravity Rush 2’s best characteristics is its artistic style and that I began the game by taking many screenshots with the PS4 in unique and colorful areas. But taking screenshots gets even better as players are given one of the best in-game items right when they dock into town at the beginning of the game – a camera!

I’m always taking screenshots from many of my favorite games. I just love to capture the beauty that these works of art offer the player. It’s even better when one of these titles features an in-game camera tool for players to take advantage of in many fun and interesting ways. And what better game to use a camera and a tripod than one where the main character and her cat are standing upside down on a building looking at the rest of the city in the distance? Yes, there is a tripod. Yes, it’s useful for taking awesome pictures of Kat and her cat. And yes, it’s super addicting and fun to use. 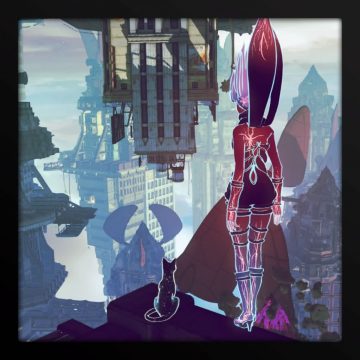 With the size of the world in Gravity Rush 2 and its many unique locations I’m certain fans are going to have an absolute blast lining up the perfect shot for sharing with the online community. I’ll speak to that further in my coming review that should be published in the next day or two. Until then, here’s a collection of some of my favorite photographs I’ve taken with the in-game camera.

By the way, when taking photographs, there are filters and actions players can use to make the scene stand out even more. Some of these actions are props that must be located across the vast world. I’m certain that the search will keep me busy for quite some time! Hopefully I can put the camera down long enough to beat the game sooner than later, but it’s just so darn tempting!