A Sneak Peek Look at This Week’s ‘Growing Up McGhee’ 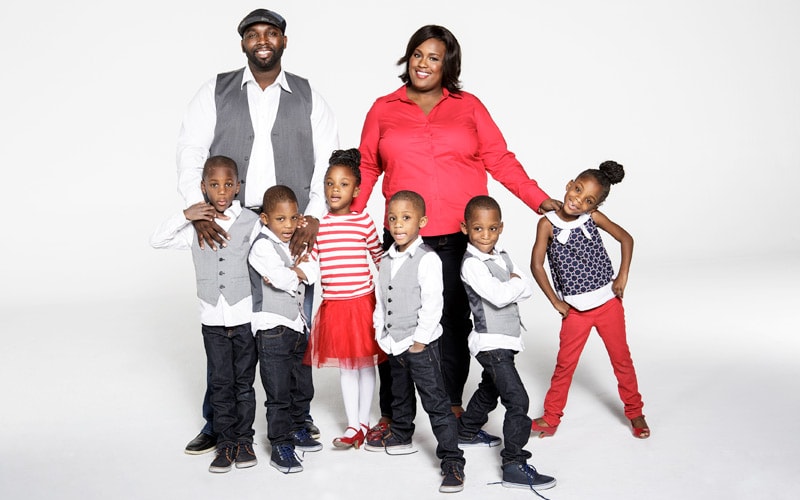 There are few shows on television today that are appropriate for the whole family -- and even less that focus on the positive and truly fun to watch. That’s part of why we love the new season of Growing Up McGhee so much! The UP family docu-series returned for its second season on January 12, and follows the lives of Ro and Mia McGhee, and their six adorable kids!

Season two brings us renewed wedding vows between Ro and Mia and “family-moon” trip to a Sandals resort with all of the kids! Intrigued how it’s possible to travel with that many kids? Us too!

It doesn’t matter if your family is large or small, Growing Up McGhee will warm your heart as well as make you laugh. Take a sneak peek look at tomorrow’s episode below!

Growing Up McGhee airs tomorrow night at 9:30 on UP! And there’s a Watch and Win that’s happening each week in the episode as well, so be on the look out for a clue to come up -- and then use that to register to win $1000 each week! Viewers will go to: WatchUPandWin.com to enter (The hashtag to follow will be #WatchUPandWin)! I’ll be live tweeting tomorrow night’s episode from @EmmaLoggins! So please join me in the conversation using #GrowingUpMcGhee! And I hope to chat about “Biggest Family Night On Television” with you!

This post is sponsored by Everywhere Agency on behalf of UP; however, all thoughts and opinions are my own.

The ATLas Podcast Episode 43: Ben Affleck Talks 'Live by Night' and the Falcons Are Going to the Superbowl