David Ayer wishes he had a “time machine” to make changes to Suicide Squad.

The 49-year-old director received mixed reviews for his work on the 2016 ensemble movie which banded together some of DC Comics’ most terrifying villains, and has now said he wishes he had the chance to “engineer a more grounded story” for popular super villain The Joker (played by Jared Leto).

Posting a note on Twitter, David said: “Wish I had a time machine. I’d make Joker the main villain and engineer a more grounded story. I have to take the good and bad and learn from it. I love making movies and I love DC [Comics]. I’m a high school dropout and used to paint houses for a living. I’m lucky to have the job I have. I have to give the characters the stories and plots they deserve. Real talk.” 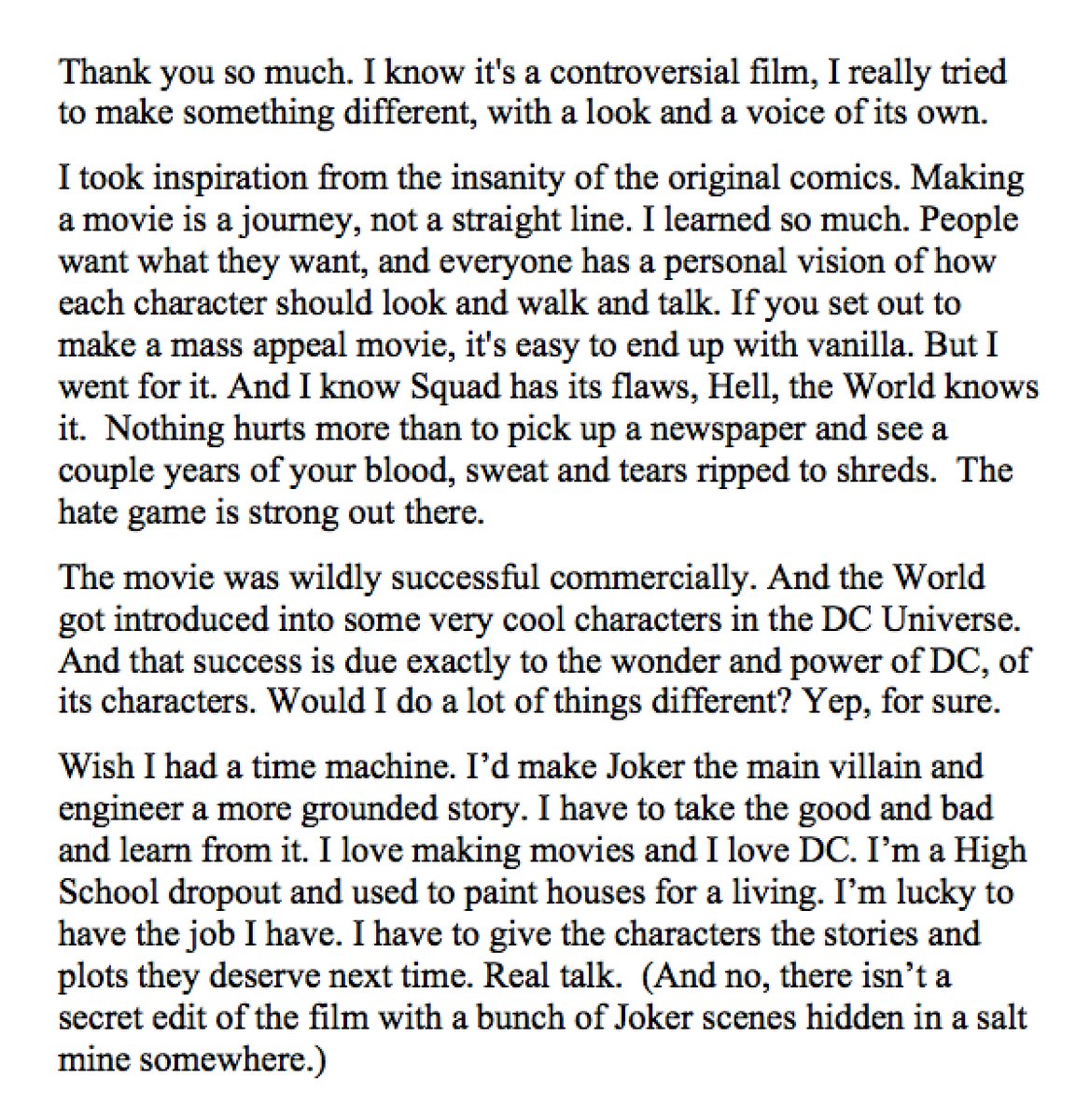 The news comes after many fans were left disappointed when the Clown Prince of Crime was notably missing for large portions of the summer blockbuster.

Jared, 45, previously admitted that he had shot a great deal of footage that David – as well as the project’s producers – decided not to use.

He said: “I understand [this ‘Suicide Squad’ film] is a bit of an introduction to The Joker. It’s more of a supporting part than it could have been, had they used everything – but there’s a method to [the filmmakers’] madness.”

Meanwhile, David said he found it “tough” to work on the movie, as he had to cut out some “amazing scenes”.

He said at the time of the film’s release: “One of the toughest things about writing, shooting, and directing a film, is you end up with these orphans and you f***ing love them and you think they’d be amazing scenes and do these amazing things but the film is a dictatorship, not a democracy, and just because something’s cool and charismatic doesn’t mean it gets to survive in the final cut. The flow of the movie is the highest master.”