Damien Chazelle Danced on the Set of ‘La La Land’ 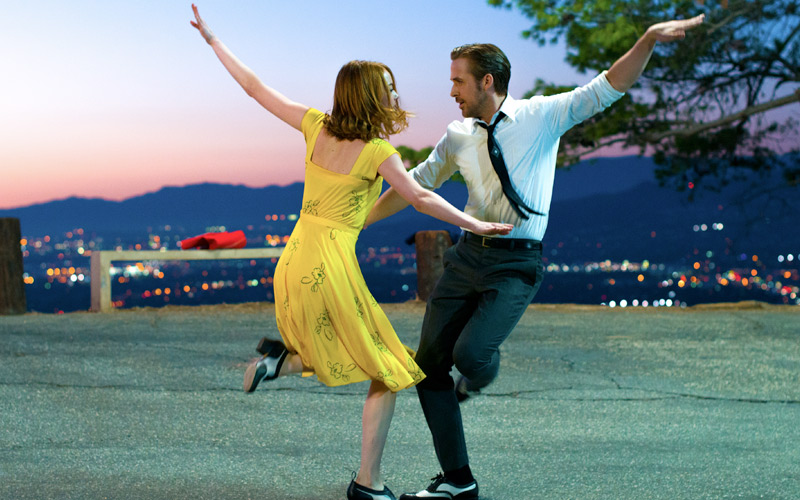 Choreographer Mandy Moore got drafted in to work on the award-winning blockbuster by Chazelle and confessed she tapped him to be her dance partner for rehearsals but was disappointed not to have any video evidence.

She said: “I wish someone had videoed him dancing.”

Moore spent a lot of time on set before the lead actor and actress – Ryan Gosling (Sebastian) and Emma Stone (Mia) – started filming but she didn’t want to over-rehearse with them as Chazelle wanted the pair to “look like real human beings” when they moved rather than dancing professionals Fred Astaire and Ginger Rogers.

She shared: “Damien wanted these people to look like real human beings; having real emotions, while they were moving. There’s no way that you could train someone to be Fred and Ginger in two months; or a year – or three years or four years. Fred and Ginger trained their whole lives to be who they were. [However,] references to how they [Fred and Ginger] moved as a couple are peppered throughout the film.”

Moore got plenty of time to work on the movie, revealing the opening number – which sees dancers perform surrounded by hundreds of cars on a freeway – was plotted down to a tee.

She told the Daily Mail newspaper: “The very beginnings of that egg was hatched on the back of a piece of paper. We drew cars and boxes on paper; and Damien drew in arrows to show me where the cameras would be. To randomly take a hundred cars and put dancers on them, there on the freeway, would have been a nightmare. We actually had only 30 dancers – and we had to be very smart about where we put them. The art department created a model of the freeway, and used those little Hot Wheels cars, so we could play around and face them the right way; and work out which way – and on which car – a dancer would be.”

Nicole Kidman in Talks for 'Aquaman'