I recently previewed Final Fantasy XV: Episode Gladiolus during my time at PAX East 2017 and absolutely fell in love with the sword wielding Gladio and the combat that ensued. The enemies and bosses that players face are intriguing and work well within the style of combat. It was extremely exciting and fun to play, and that was based on a half-hour preview of the game.

Episode Gladiolus is now available and once again I’ve fallen in love with the combat by using Gladio’s abilities to hack and slash away at the beasts that creep deep in the caves. It’s pretty much everything I had hoped for from my time previewing the game. A new blademaster is born in Episode Gladiolus, and it makes playing through this episode an immense amount of fun. 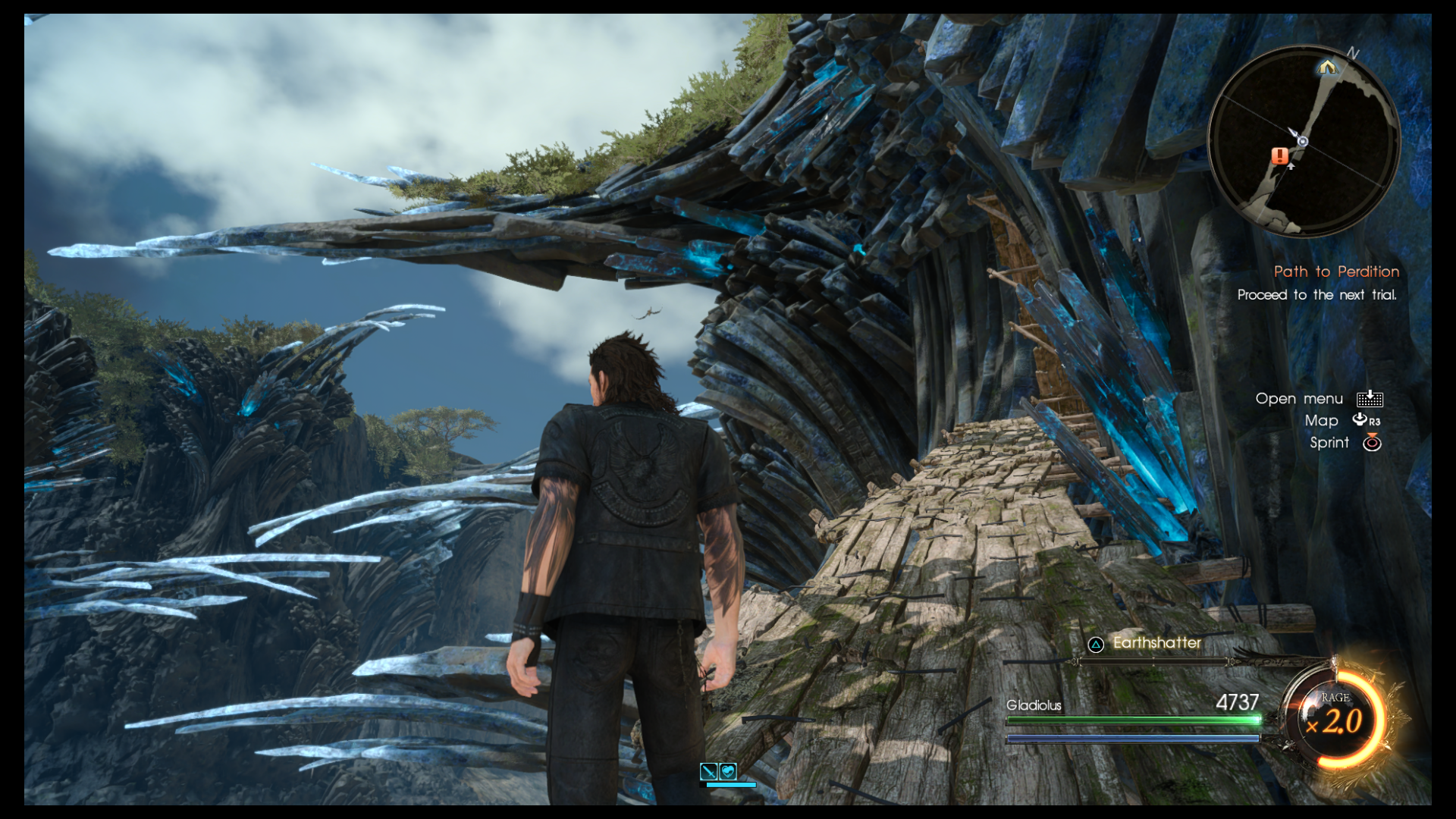 In Episode Gladiolus, Gladio is searching for absolute power that will help him best perform his duties as a guardsman. He must bravely face challenges and successfully pass trials that linger around every corner, along with an ultimate foe that waits patiently for him at the end for one final test.

The storyline that’s presented in Final Fantasy XV: Episode Gladiolus isn’t anything spectacular. I like it alright, but it’s not the reason you’ll fall in love with this DLC. Instead, It’s the combat and thrill of the trial that will have fans loving this chapter. It’s so good that gamers will be playing it again and again, although a lot of that reasoning comes from the Score Attack mode.

After players complete Episode Gladiolus, they’ll unlock Score Attack mode that actually becomes far more addicting than one might realize. Of course, it helps that there are Trophy’s/Achievements to unlock by getting a half-a-million points and a million points, but it’s a lot more entertaining than I could have imagined thanks to the excellent gameplay. 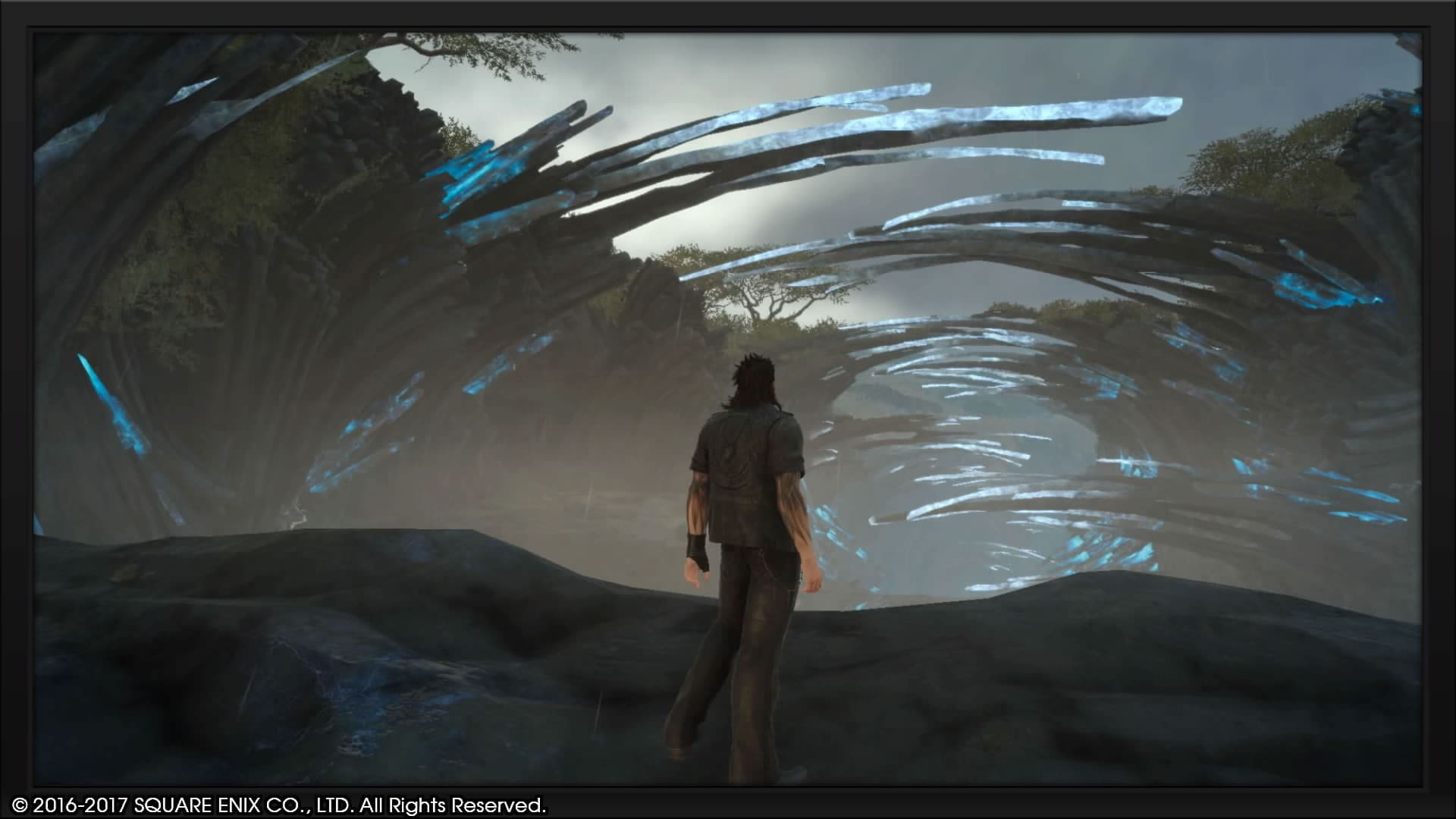 When progressing through Episode Gladiolus naturally, it will probably take anywhere from 90 minutes to 120 minutes to complete. It just depends on how slow players approach the trials and search for items to pick up. However, when rushing through score attack mode without the cutscenes or necessity to stop for items, it can last as little as 22 minutes based on my multiple attempts.

It did take me a little while to fully understand the scoring system though. I first tried to get my multiplier as high as possible before fighting enemies without using the parry move. I eventually learned that it’s best to parry as often as possible to reach the X4 multiplier and only strike down enemies when that’s engaged. It’s not always possible to kill every enemy with a X4 multiplayer, but it can be done often with patience. I struggled in my early attempts because I originally wanted to be quick, but I eventually learned to be quick and precise with the parry to often times achieve the X4 multiplier.

To get a good understanding of how the scoring works, take a look at my gameplay video below where I achieved over a million points for the Gold Trophy.

I’ve played through the Score Attack mode 7 times now. It was the seventh try that landed me the million points. However, I still want to go back and play through it again to see if I can improve on my own score, as there is a record book that keeps track of the player’s best scores and times. I absolutely love Episode Gladiolus and the Score Attack mode, and I’ll continue to play it multiple times to attempt to better my score even though I already own all the trophies. It’s just that much fun to play through. I’m sure it’ll eventually lose its intrigue, but at least for the time being I can’t seem to stay away from it.

Final Fantasy XV: Episode Gladiolus is available for Season Pass holders or can be purchased for $4.99. If you’re considering purchasing it, stop thinking about it and start enjoying the combat right away. It’s absolutely worth it. 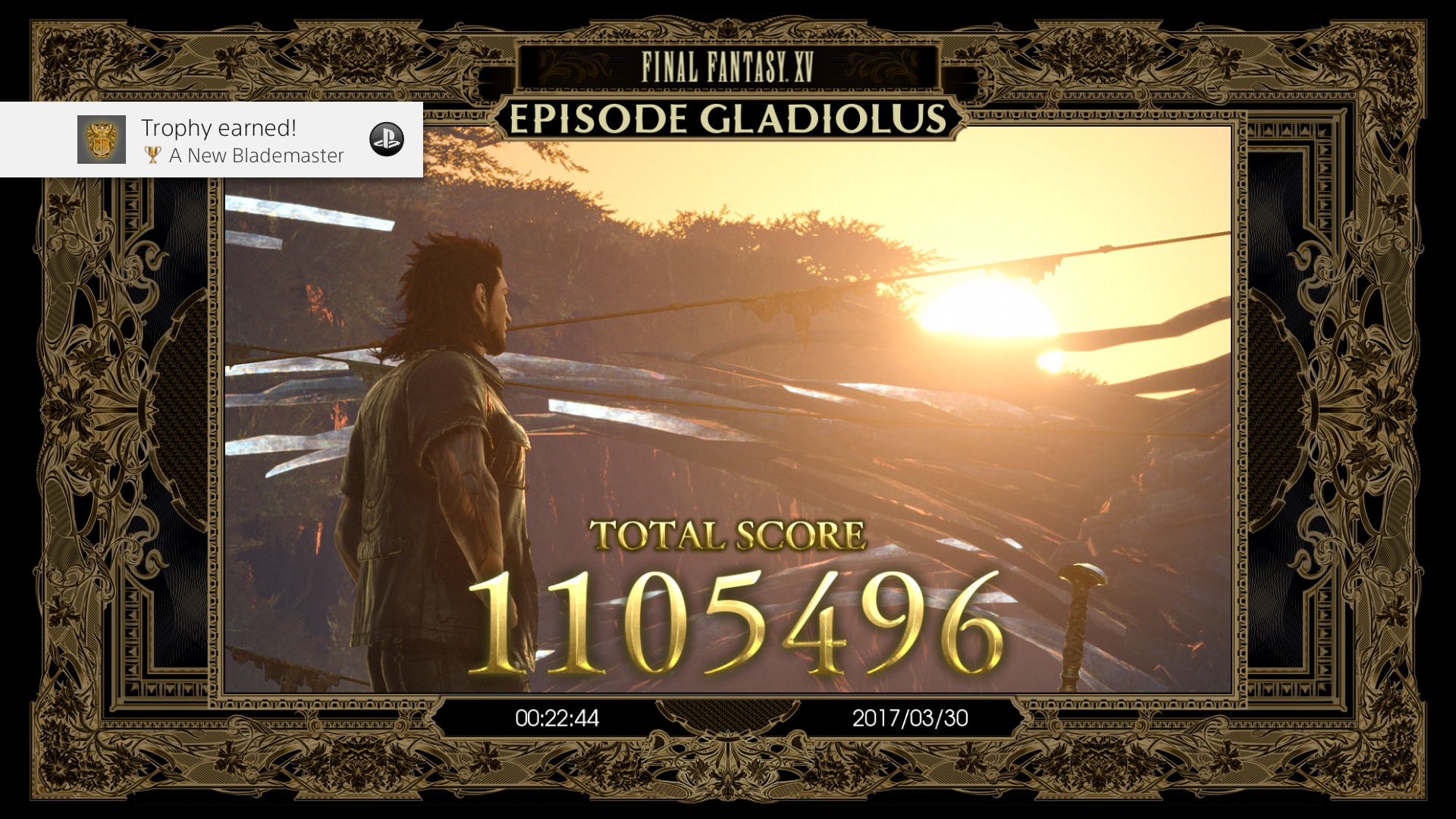 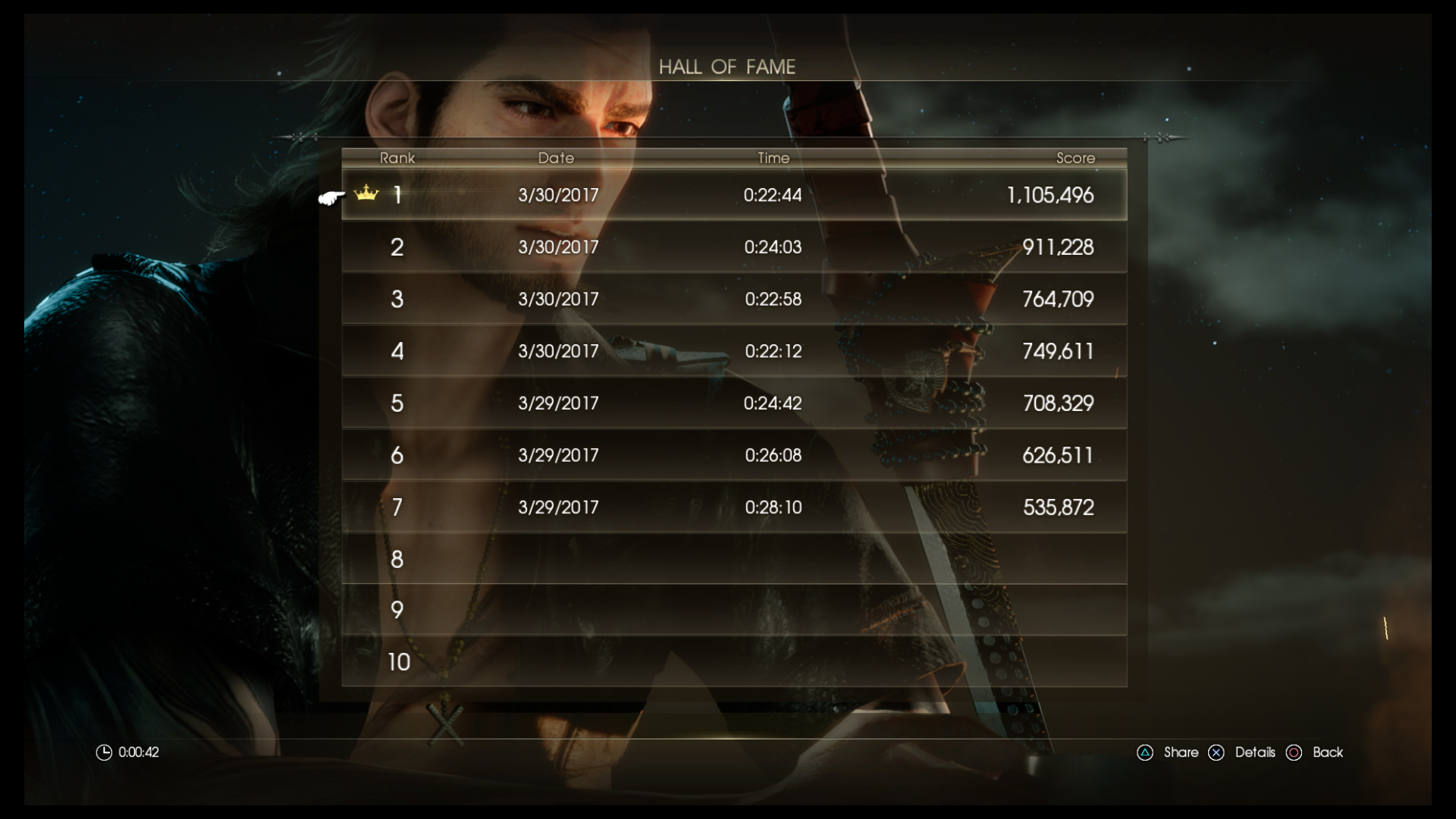