Zoe Saldana has revealed she and the Guardians of the Galaxy cast were “in shock” when they began shooting Avengers: Infinity War because the scale of the movie is so “big”.

The 38-year-old actress, can be seen as Gamora in Guardians of the Galaxy Vol. 2 and she and her castmates from that Marvel Cinematic Universe movie will all feature in the third Avengers movie.

Saldana readily admits when she stepped on set for the first day of filming on the blockbuster the size of the film took her breath away.

Speaking to website Collider, she said: “The Guardians were on set from the very first day. We were all in shock. It’s too big. I was like, ‘I hope I’m not overstimulated or overwhelmed by its immensity.’ The Russo brothers (Anthony and Joseph) are bringing all the characters together in the Marvel Universe. They are fantastic. The direction they are taking I immediately felt super-excited. It’s going to be quite dramatic.”

Avengers: Infinity War will see the Avengers superhero team joining forces with the Guardians of the Galaxy to fight the powerful intergalactic villain Thanos.

Saldana said: “The Guardians being part of the film … I think will make the movies more interesting. We are keeping our authentic voices and that’s going to make our introduction special. I also love what the Russo brothers are doing with the rest of the Avengers.” 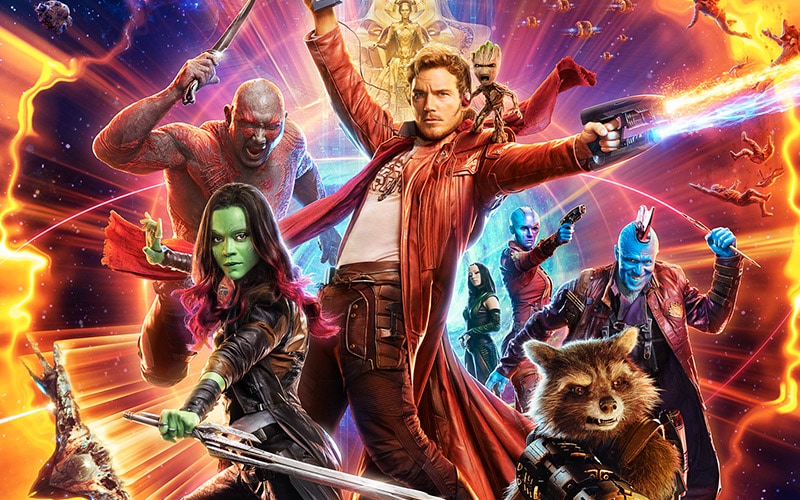 Saldana also admitted she loves how much heart Guardians of the Galaxy characters have and that’s down to director James Gunn who has helmed both films.

She said: “The Guardians of the Galaxy are the least known [characters] in the Marvel Universe, James had some pressure [for the first film] but this time he didn’t and we all kept egging him on. It was so much fun. I love just how much heart these films have. All the relationships that are happening on the screen they are either being shown for the first time, in the middle of the trajectory or ending. That’s the one thing we miss in Hollywood movies. We miss heart and seeing flaws in characters. As movie goers we want connect with the characters. But if a film is too unbelievable the audience won’t connect. The Guardians are so flawed and they are all universal issues. Things are so emotional. James surrendered to them.”