For most travelers, traveling on vacation or for a longer period of time is simply about getting away from the hustle and bustle of everyday life and taking a break from reality. For anyone with a love of movies, traveling tends to be about visiting all of the most iconic locations straight out of films, and it can be a whole lot of fun.

Sure, you could opt to simply lay on a beach with a cocktail in your hand but where’s the fun in that? It’s a lot more fun to get out there and explore all of the coolest travel locations that have been featured in the films that you love. What could be better than visiting scenery featured in the films of your childhood, like Star Wars, for instance? What could be more enjoyable than learning more about your fave films?

There’s no doubt about it, for anyone with a passion for movies, traveling to visit your fave movie locations is the perfect way to spend your time off of work. The question is, of course, where are the best places to visit for movie lovers and why? For everything that you need to know, read on. 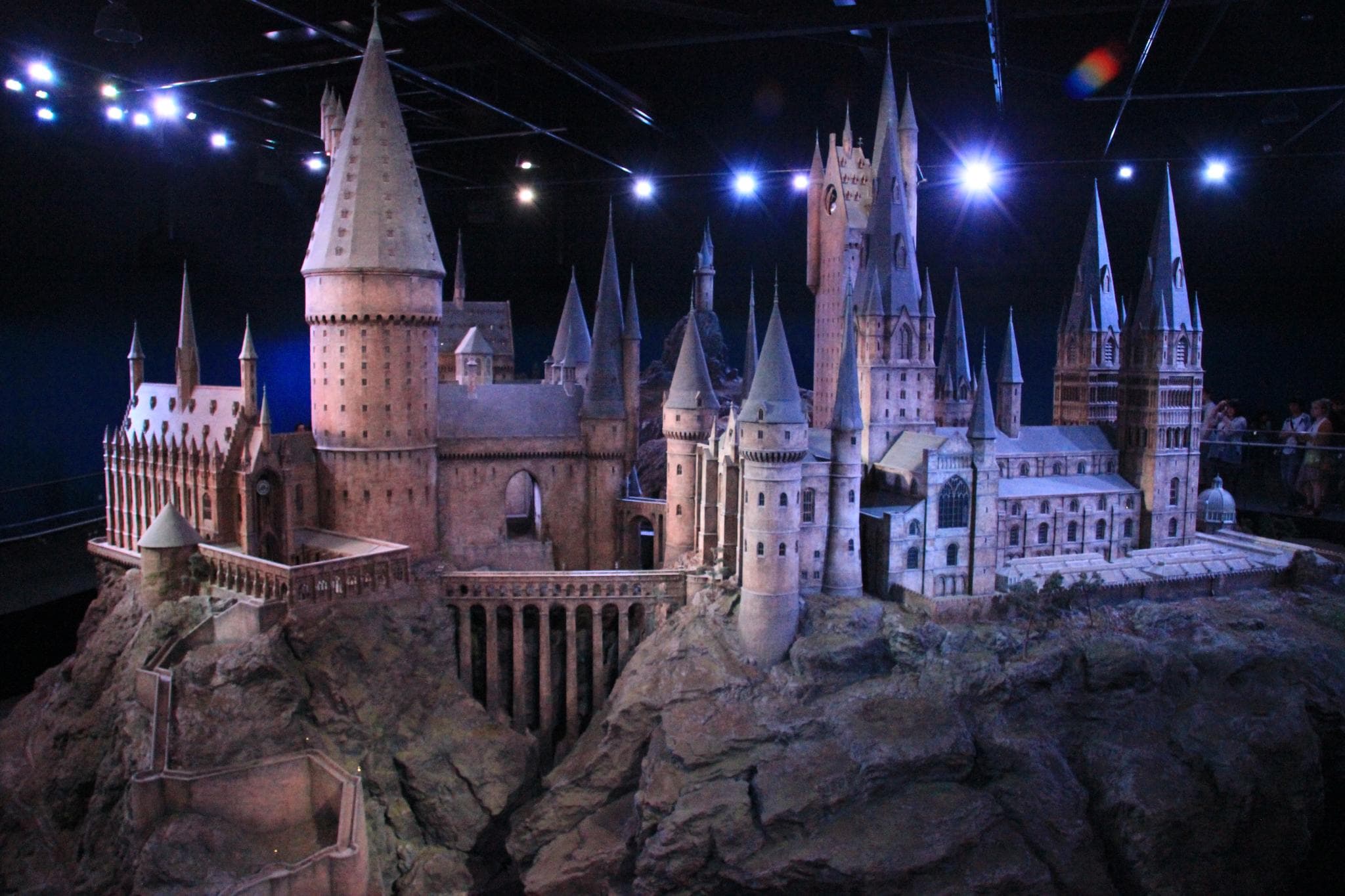 The multicultural hub of the UK, this capital city has a lot to offer any traveler, especially when it comes to travelers with a passion for movies.

For any Harry Potter fan, London is the must-visit place. Located in Watford, about an hour’s drive from central London is the Warner Bros. Studio Tour – The Making of Harry Potter. This is, without a doubt, somewhere that every Harry Potter fan should visit at least once in their lives. Here you can find all of the props used in the Harry Potter films, including the train. You can have your photo taken riding a broom or flying Mr. Weasley’s enchanted car. You can sip on a pint of Butterbeer. It’s an amazing place.

Another location within the city that is a must-see for Harry Potter fans is King’s Cross station. There’s a sign here saying Platform nine and three-quarters along with a half disappearing Hogwarts trolley which you can pose beside. Pretty cool, huh?

Then there’s Madame Tussauds, one of the most amazing wax museums in the world. Admittedly, it doesn’t just feature Harry Potter figures, but it does feature a range of different ones. From Yoda and R2D2 to Hulk and Spiderman, there are all sorts of wax figures here.

London is an amazing city and a fantastic place to visit for film buffs, but it can be quite expensive. The good news is, however, that by using deal sites like DontPayFull.com for hotel, restaurant, and attraction coupons and discounts, you can cut costs, making your trip more affordable. The key to a more affordable trip is scouring the internet for all the best deals. 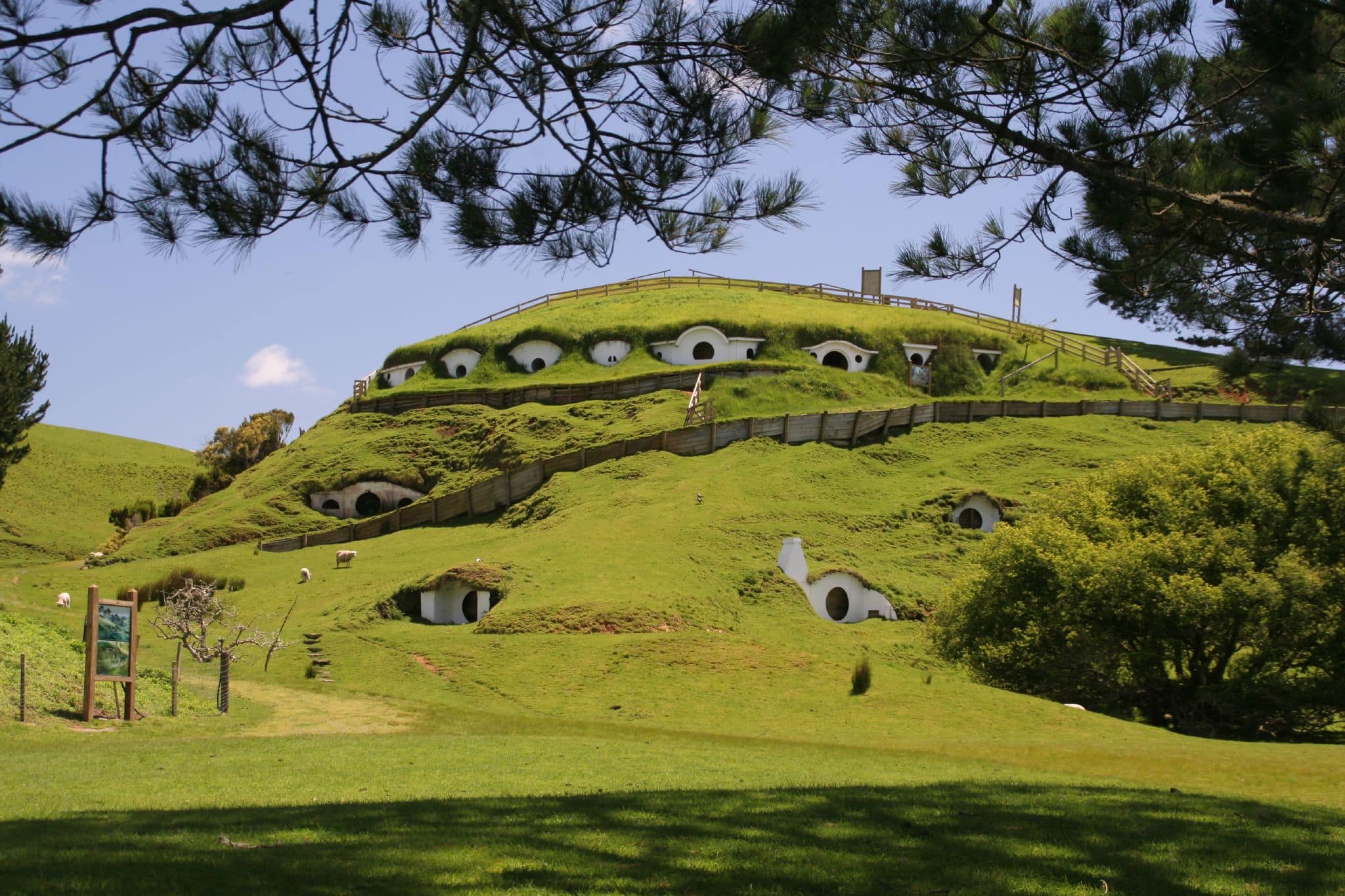 Because there are so many different locations within this beautiful country used for The Lord of The Rings and The Hobbit movies, we wanted to name the country as a whole. (We will discuss the various areas used for these films below.)

The landscape of this amazing country was used for all three Lord of The Rings films, as well as parts of The Hobbit. There are plenty of tours offered that show travelers the areas where the films took place – you can book these online in advance.

One place that every Lord of The Rings and The Hobbit enthusiast must visit is Matamata – aka Hobbiton. There’s an actual mini village in place that was used for Hobbiton, which is still complete with its famous round doors and miniature features.

While visiting this incredible place, you can also visit the mountains that were featured in the films. However, you will need to book a guided tour to visit these, for safety reasons. Most of these tours begin in Christchurch. 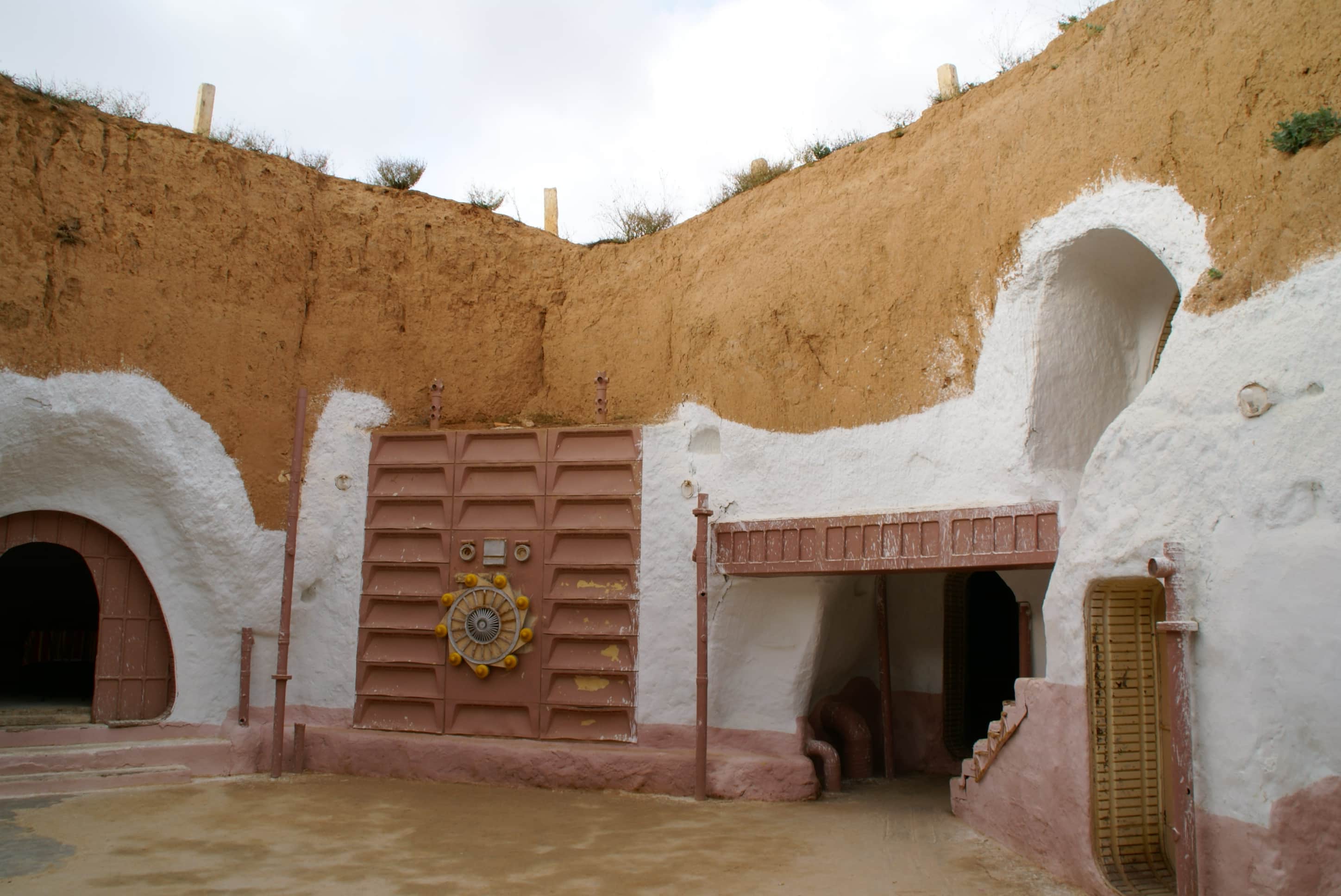 Any major Star Wars fan will know that Tunisia is where parts of many of the original Star Wars films were filmed, and many sets are still standing there, many of which are located in and around the Sahara Desert. Parts of which have been consumed by the sand, but there are still large sections of these sets on display.

The best way to view these relics, as well as other parts of the Star Wars sets is to book onto a specialist tour, that way you can be sure that you won’t miss anything. From Tataouine, the home of Anakin and his mother, to Matamata which was used for Luke Skywalker’s home, Tunisia is home to some incredible pieces of Star Wars’ history.

Although not technically a film, Game of Thrones is still worth mentioning as there are a lot of Game of Thrones enthusiasts who are keen to travel to some of the locations that the show was filmed at. Spain is one of the countries where lots of different scenes were filmed, but it’s not the only place – the cast of Game of Thrones traveled all over the world for filming and went everywhere. Croatia, Ireland, Iceland, France – these are just a few of many filming locations used.

However, there are various locations in Spain that were used for the filming of Game of Thrones. These include Catalonia where the Canet de Mar was used for filming, Sevil, Cordoba’s Roman Bridge which became the Long Bridge of Volantis.

Then there’s Girona, the Spanish city that’s used for both Westeros and Essos. In this beautiful city, there’s plenty to see and do; there are even special tours made for Game of Thrones fans. So if you choose to visit this amazing city, it’s worth booking onto one of these.

A trip to Tennessee’s iconic capital city is a definite must for lovers of cinema and the big screen. This is due to the fact that Nashville was the filming location for a great number of iconic movies and TV shows, such as The Matrix, The Green Mile, Percy Jackson and The Lighting Theif,  Hannah Montana the movie, and Nashville the TV show. Eagle-eyed viewers will, therefore, love exploring the sights and streets of the city – pointing out filming locations as they go. This means that walking tours are always an excellent choice – though you may also find that you stumble upon filming locations by accident as you explore.

There are plenty of Nashville attractions that cater specifically to film and TV-lovers, such as the Nashville TV series Bus Tour – where you can drive by filming locations such as character’s houses and stand upon the famous Ryman Auditorium stage. Alternatively, you could also set out on a Homes of the Stars Bus Tour – hoping to catch a glimpse of one of the many celebrities who call this stunning scenic city their home – such as Dolly Parton and Kid Rock.

Finally, Nashville is also home to an acclaimed Madame Tussauds Wax museum, giving you a chance to take excellent selfies with your favorite celebrities!

There you have it, a guide to all the best places to visit across the globe if you’re a movie lover. From learning more about Harry Potter in London to exploring the sets of Game of Thrones in Spain, there are so many different places that you can see and explore. There are Star Wars relics in Tunisia, Lord of The Rings scenery in New Zealand, and Harry Potter props in London.

The Best Places for Movie Lovers to Visit Across the Globe