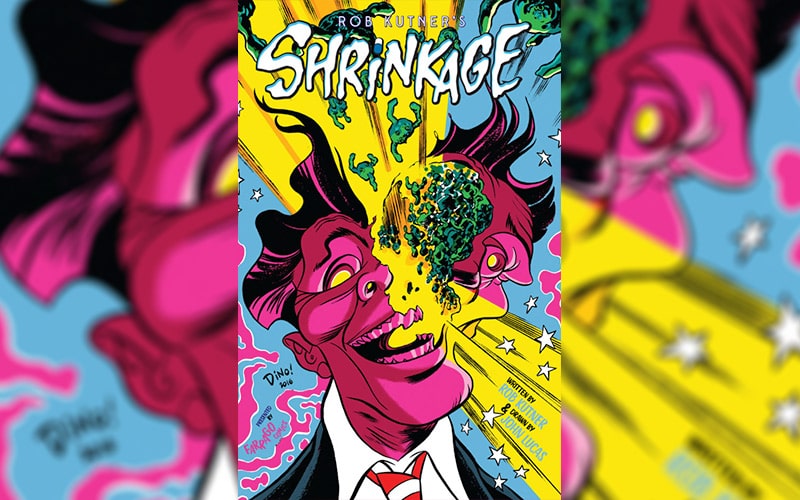 In honor of Rob Kutner’s release of his comic Shrinkage, we have (5) signed copies to give away to fans!

If you’re not familiar with the title, it is a one-of-a-kind tale about tiny aliens fighting shrunken-down humans inside the brain of the President of the United States. It’s like Fantastic Voyage meets Dr. Strangelove in The West Wing.

If you’re a fan of high-caliber jokes and in the mood for some hilarious political science fiction (who isn’t these days?), then we highly recommend checking this title out! Enter to win below, or pick up your own copy from Rob’s website here or grab it digitally from ComiXology here.