The new movie hadn’t been given a drop date but following a change of directors for Star Wars: Episode IX, the live-action reboot of Disney’s classic is slated to take its place on May 24, 2019.

Star Wars: Episode IX was originally supposed to be released on that day, but has been postponed for seven months after Colin Trevorrow left the movie and was replaced by J.J Abrams.

The remake of Aladdin has an impressive cast including Will Smith as The Genie, Mena Massoud as Aladdin, Naomi Scott as Princess Jasmine, and Marwan Kanzari as the villain Jafar. 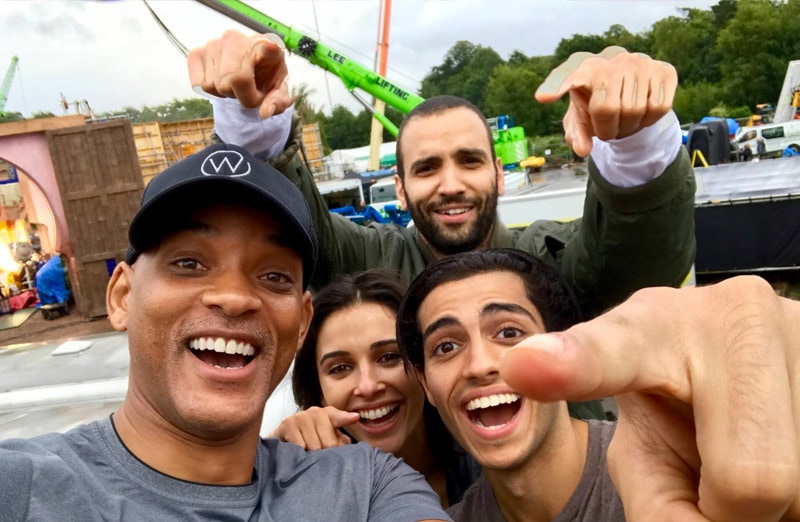 The cast also includes Homeland star Numan Acar who is reportedly set to play Hakim – head of the guards and right-hand man to Jafar.

Charlie and The Chocolate Factory writer John August has penned the script for the musical movie, which is believed to be non-linear in its structure, something that is a hallmark of Ritchie’s early work on movies like Lock, Stock and Two Smoking Barrels and Snatch.

The story is based on the Middle Eastern folk tale of Aladdin, who is granted three wishes by a genie who is captive inside a magic lamp.

Aladdin has also been turned into a hit stage show playing at theaters all over the world.

The movie is just one of the many films that Disney are rebooting, with new versions of Dumbo, Mulan, Peter Pan, The Lion King, Pocahontas and The Little Mermaid also in the works.