What Are the 10 Greatest Retro Games? 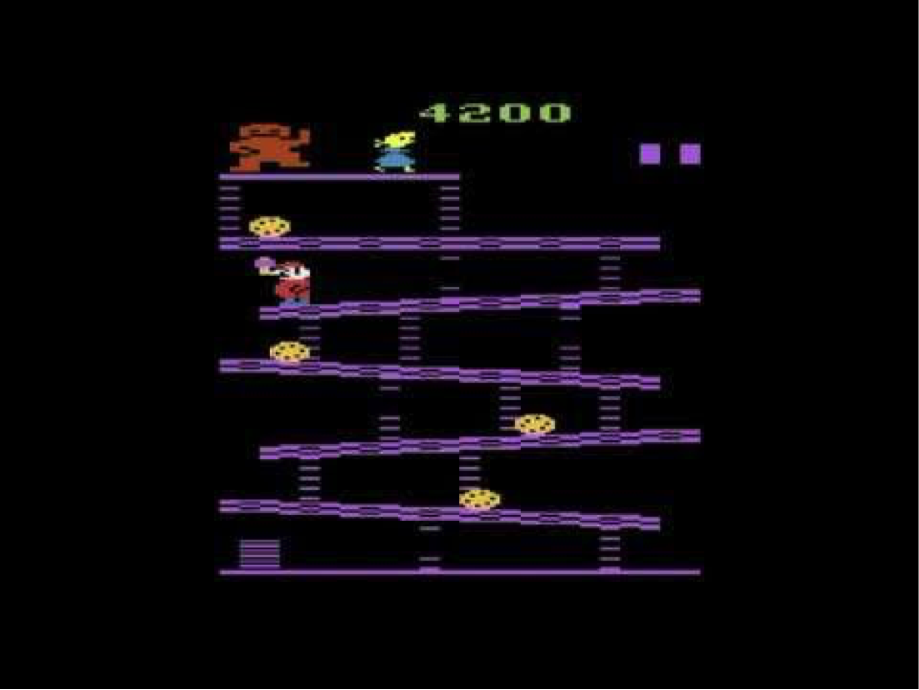 Throwback Games That Everybody Loves

Back in the day, we all enjoyed certain games and activities. Whether you liked playing Snakes and Ladders, Noughts and Crosses, Jenga, or Space Invaders – you know exactly how those games made you feel. These are the types of titles that are iconic, memorable, and wildly entertaining. Without further ado, let’s blast off with a selection of 10 exciting retro games that will leave you feeling warm and fuzzy inside. 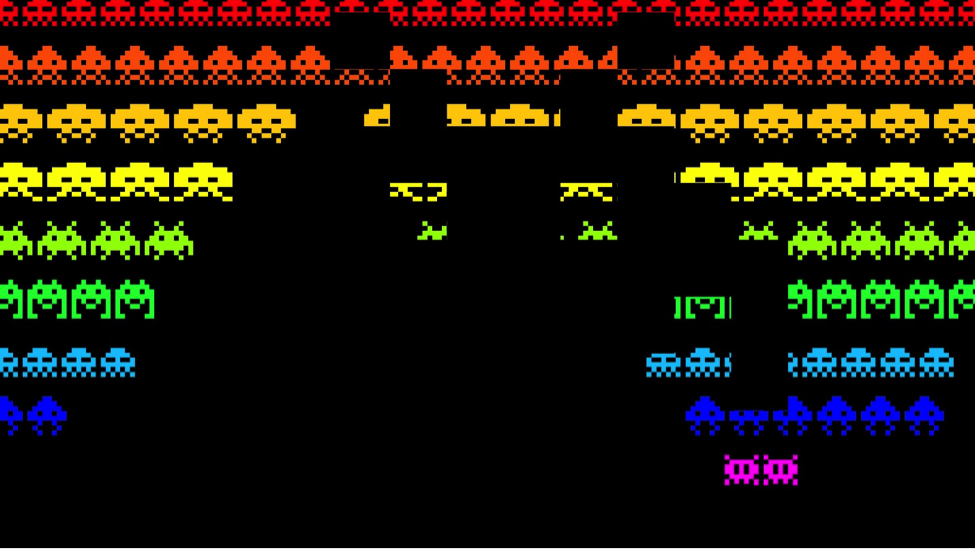 Space Invaders (Atari 2600) is an all-time classic. It’s also the first arcade game to ever get a home game license. Released in 1980 by game developer Atari, it ran on the Atari 2600 platform. So, what’s it all about? You’re fighting off a horde of space invaders that are trying to land on earth. You are the lone combatant protecting Earth against these alien creatures and vessels. It is captivating beyond belief, despite its simplicity. If you’re looking for some 1980s nostalgia, Space Invaders is the game you want to play!

Ever heard of Pac-Man? Of course, you have! Pac-Man is the quintessential poster child of home-based arcade games. Words like legendary, universally popular, most recognizable brand, and unrivaled entertainment value are associated with Pac-Man. Just in case you’re wondering, Pac-Man is the yellow dude who eats up all those bullets on the screen. These tasty little nuggets improve your score, as you’re being pursued by all the nasty little ghosts on the screen. Eat the giant sized tablets and you’ll be able to eat ghosts as well. The levels get increasingly difficult as you advance through game screens. Pac-Man is a 1980 showstopper by Bandai Namco Entertainment Inc. Pac-Man game is available in modern-day equivalents at the Google Play Store. 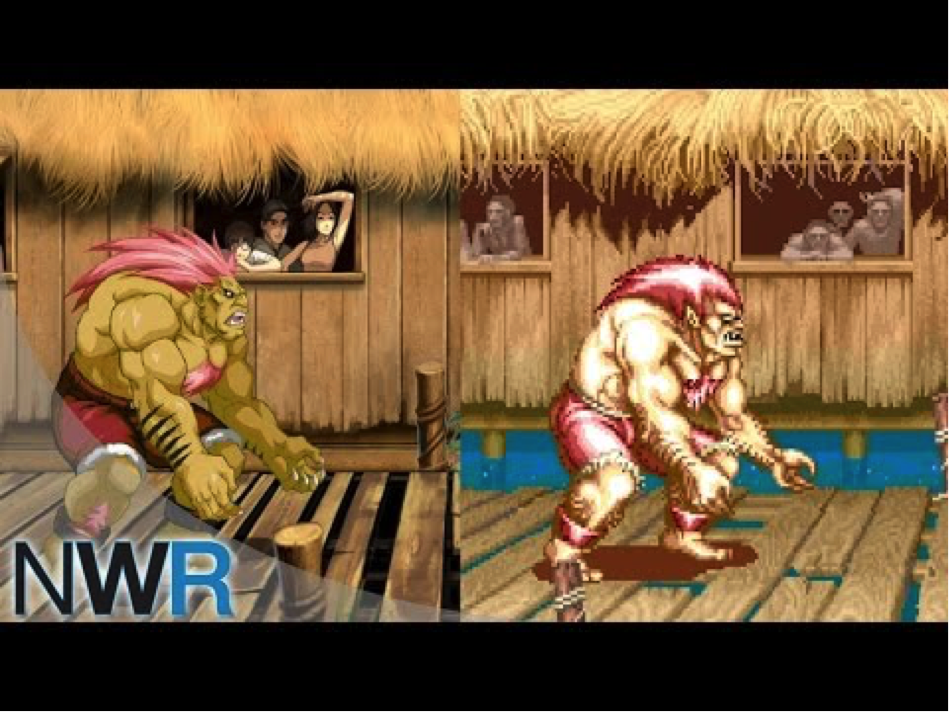 Street Fighter needs no introduction. It is an all-time classic martial arts game starring the most memorable characters from the arcade game world. These include the inimitable Blanka, E. Honda, Ryu, Ken and Chun Li. This martial arts masterpiece spawned an entire generation of Kung Fu masters in all of us. It is unbridled entertainment, old-school arcade gaming, and fun to the max. Anyone who likes sidekicks, front ticks, round houses, grapples, bone crunching bites, and uppercuts will love Street Fighter.

Here’s a little diversion from the action-packed adventure games listed above. Monopoly is the ultimate capitalist dream come true game. It started as a board game where players have community cards, houses, hotels and a stash of cash. As you work your way around the board, you buy up properties and anyone else who lands on your properties must pay you rent. The goal is to monopolize the action by having as much property, rental revenue, and power as possible. Truth be told, that Monopoly dude is probably just as popular as Colonel Sanders from KFC! 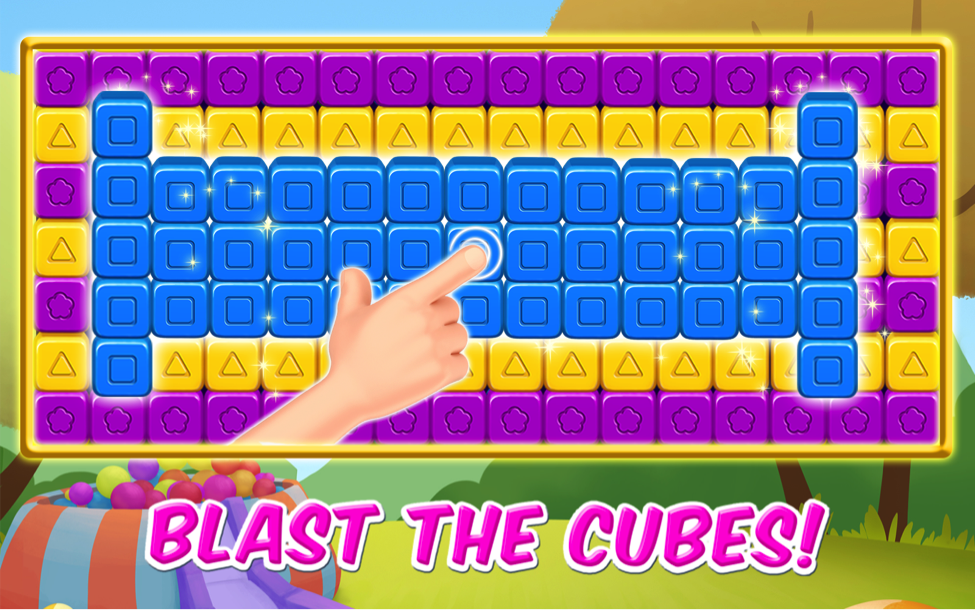 Here’s another humdinger! Toy Crush is an old-school favorite that players love. Who can resist the temptation of completing winning combinations on puzzle-style game levels, and advancing to higher levels of playing the game. All the while, you’re collecting points, sharpening your mind, and enjoying the ultimate puzzle-style adventure. It’s bright, cheery, and wildly entertaining. Several imitators have tried desperately to outrank the original Toy Crush but this game remains the undisputed king of the hill. With a stellar 4.5/5 rating from thousands of players, you know that this throwback game is a winner. 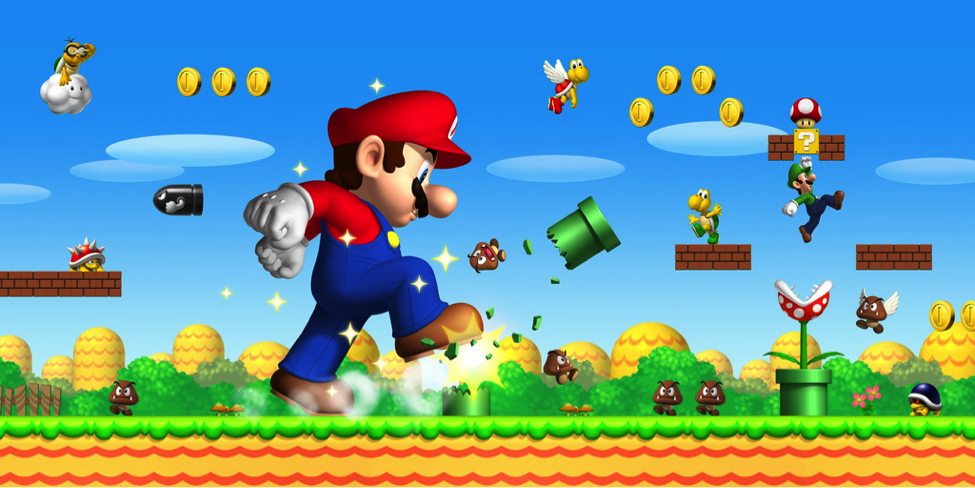 You guys knew this one was coming! Mario and Luigi, the Princess, the mushrooms, the gold coins and the popping sounds that made this the most iconic Nintendo game ever. There are dozens upon dozens of variants of Super Mario Brother games, but the adorable characters are timeless. You will play hard to achieve victory in these games, but the signature red for Mario and green for Luigi are as memorable as the audio-visuals themselves. A great game to play, and just as relevant today as ever before. 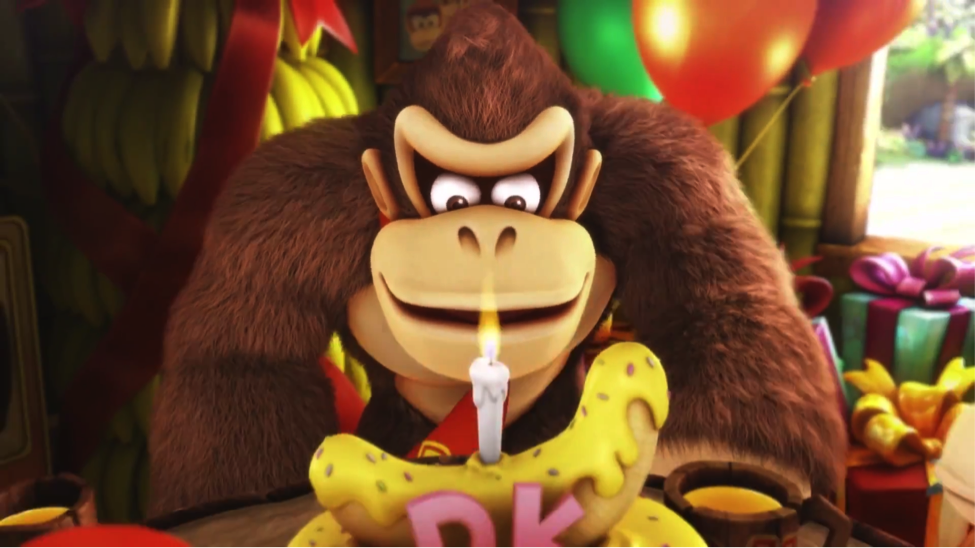 Donkey Kong is the adorable gorilla that swung from rafters, scrambled up ladders, and fought big bosses for his prize of bananas. The game was created by none other than Shigeru Miyamoto back in 1981. Believe it or not, this game first introduced the character of Mario to the world. This arcade game is available in multiple variants, and has been going strong for 4 decades. This throwback-style arcade game is packed with fun for everyone. 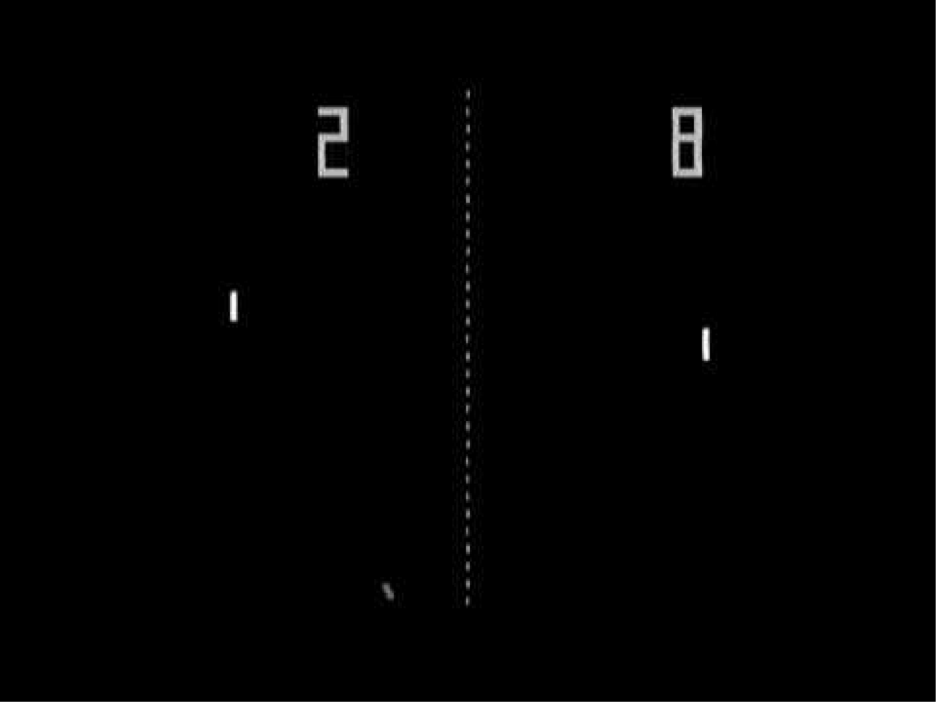 Here’s a classic that needs no introduction to fans. Pong is an Atari game that was released in 1972. For the folks who don’t know much about this game, it’s ping-pong. It was created by Allan Alcorn, and it’s designed to simulate table tennis. Pong is rudimentary, captivating and wonderfully entertaining. 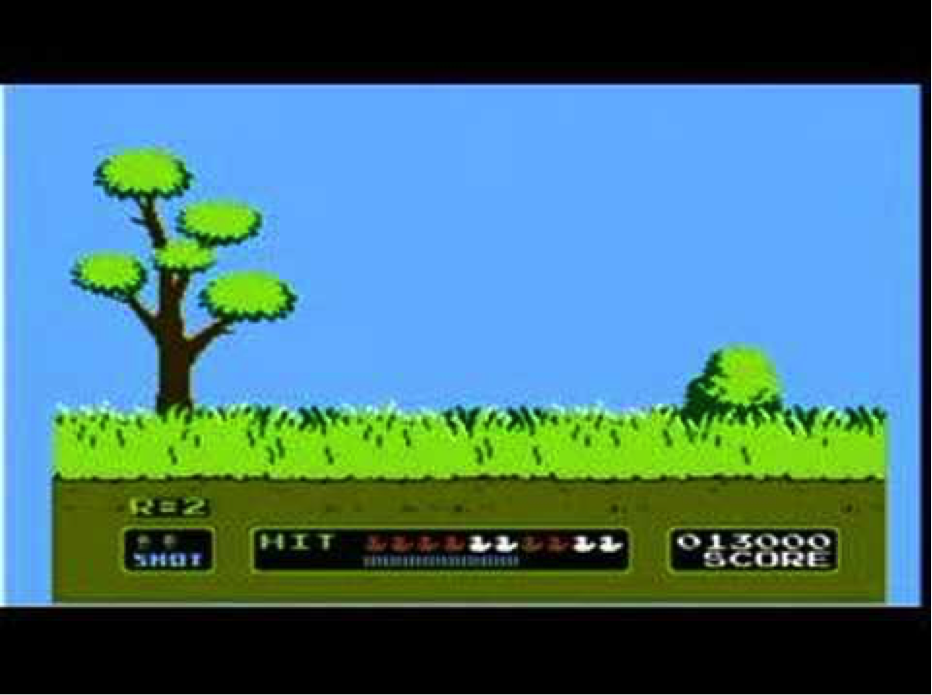 A note to all the animal lovers out there: Duck Hunt is just a game – no animals were harmed during the creation of this Nintendo entertainment system adventure. It was initially released in 1984, and it’s compatible with multiple platforms. It’s a light gun shooter-style game, and one of the best-selling Nintendo games ever with a sales volume over 28 million. If you’re on the prowl for a duck or two, duck hunt is the game you want to play! 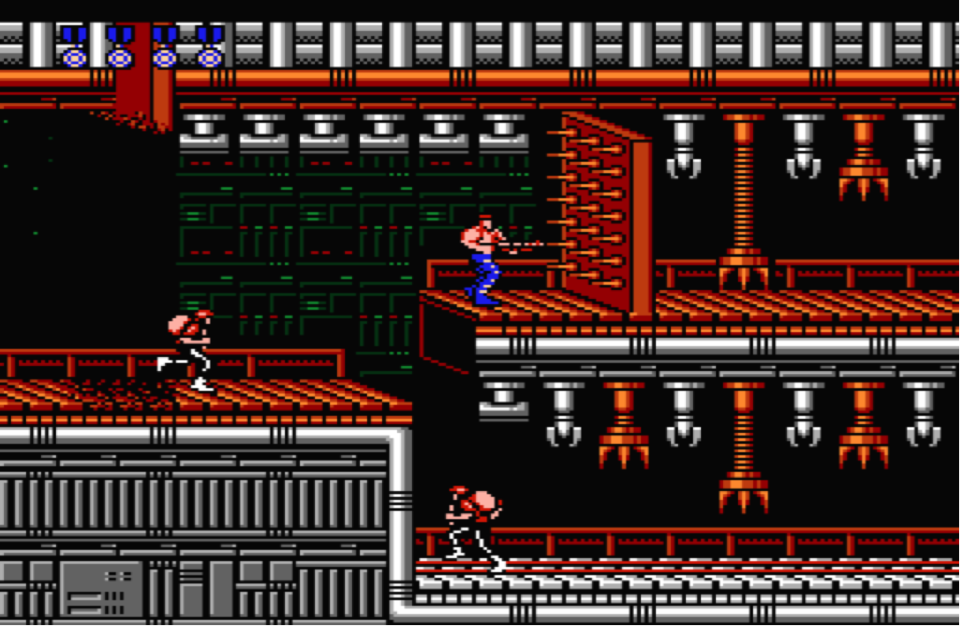 Konami produced a war games masterpiece with Contra. This arcade style game features dozens of levels of high-octane firepower. There are multiple viewing perspectives, stages, and weaponry. The year is 2633, and the Red Falcon Organization (RFO) is running amok. It is your job to hunt down these bad hombres, as part of the Contra units of fighters. Enough said. It’s time to shoot ‘em up!

Marvel Releases New Photo from 'Ant-Man and the Wasp'