FanBolt recently got to speak with writer-producer-director Andrew Jones about a trio of his upcoming films that cover a number of nightmarish creatures: a pre-historic monster, a murderous dolls, and Nazis afflicted with lycanthropy.

How did you get involved in the film industry?

I never went to film school so it’s been a process of learning through practical experience. I started off by making a no budget feature with a Hi8 camera and some friends. It was inspired by Larry Clark’s movie ‘Kids’, which seemed like a simplistic dramatic concept that would be possible to make for no money. The resultant film was extremely rough but it helped me realize that in the digital era it’s possible for anyone to become a filmmaker. I then made my first film with a proper budget as a writer/director which was a drama involving some TV actors in the UK who helped finance it. The film worked out okay but afterwards the producers argued with each other and that, combined with it already been a tough sell concept-wise, meant the film never got released. So that disappointment inspired me to go into producing and ensure that every film I made had enough commercial potential to reach the market place. The first film I produced, ‘Night of the Living Dead: Resurrection’, got picked up by Lionsgate and even had a limited theatrical run in multiplexes in the UK. So that kick started a producing career which has so far resulted in 19 feature films with more to come.

Jurassic Predator looks to be quite an intense romp; can you tell us what it was like to film this sort of creature feature?

It’s always a challenge to make a creature feature with a limited budget, an indie project is never going to compete with the scope of a big budget studio offering, so it made sense to just have fun with the concept. I very much embraced the B-movie tradition of this kind of film, it’s more along the lines of Roger Corman’s ‘Carnosaur’ and The Asylum films rather than ‘Jurassic Park’. You have to cut your cloth accordingly at this low budget level. It’s definitely my most self-aware and humorous film, but of course there’s still action and horror too, we even managed to get a few explosions in there! 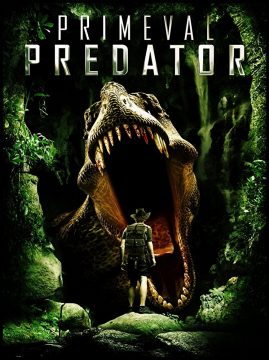 Were there any particular scenes in Jurassic Predator you really enjoyed filming?

There are a group of soldiers who are central to the plot and each of them gets an introduction scene where we find out what they’re doing in everyday life. There’s one particular sequence in a bar involving the actors Lee Mark Jones, Jason Homewood and Andy Evason which I think is very funny, terrific timing from everyone involved.

What do you look for in an actor when you’re casting a horror flick?

It’s great for actors to come prepared but I also like actors who are open minded to trying different things on set and who are adaptable to changing circumstances which often occur during low budget filming. Most of our filming schedules consist of only 8 to 12 days and we can only manage that with actors who are willing to go with the flow. I’ve been very lucky to work with actors who can deal with the time restraints and deliver, I think they all do a fantastic job and don’t get the credit they deserve. 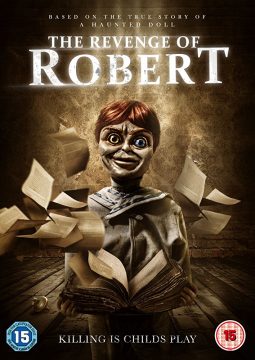 Robert the doll appears to be a returning character. Does this little guy have any relation to the legendary haunted doll from Key West?

Our Robert the Doll is indeed based on the real life Robert from Key West. The first film was based on the commonly known story of the haunted doll given to the child of a wealthy family by a disgruntled maid who the parents fired. The first film sold well on DVD so we got a chance to make a second film ‘The Curse of Robert the Doll’, this time set in a museum to reflect where the real life doll is today. That also did well so it’s developed into a series. The two most recent entries, ‘Robert and the Toymaker’ and ‘The Revenge of Robert the Doll’ are prequels taking place in Nazi Germany. The real doll was actually manufactured in Germany so we still have some true life elements in there, but we have developed our own mythology which deviates from the real life case. The true story is a bit thin so we had to expand it to be sustainable across multiple films. The look of the doll in the films is also different from the real life doll. Some people say it looks like Willem Dafoe which I think is hilarious. 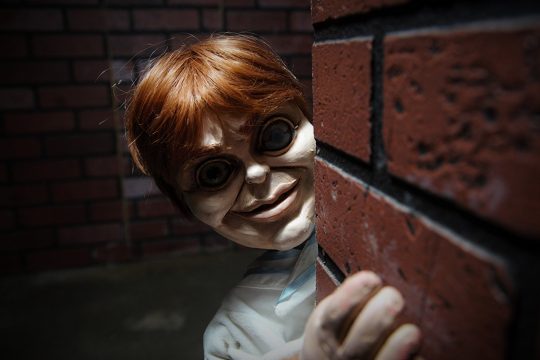 Can you tell us a little about the puppet and the artists who bring him to life?

The look for Robert was originally designed on paper by an artist working for our distribution partner 4Digital Media, then from that design the amazing Susan Mitchell of Susan’s Custom Creepy Dolls made the head in America and shipped it over to us in the UK. The body was built by our puppeteer Tracy Dunn and the costume was made by our costume designer Sharron Jones who is also my wife. On these budgets we can’t give Robert the full animatronic treatment that Chucky gets, so we’re mainly using rod puppeteering and other practical techniques helped by mechanisms fitted into the body. Tracy does a terrific job for us on each film, particularly considering she does all of the puppeteering work on her own. On the past two films she has had to operate two other dolls as well! The unique thing about the Robert doll we use is it’s always the same one. Most films would have multiples, but it’s been the same doll throughout every scene in all of the Robert films. In between projects he sits on a small chair in my living room!

Are there more sequels in the works that will feature Robert the doll?

‘The Revenge of Robert the Doll’ is released in both the US and UK in March 2018, then we’ll see if the sales figures justify more entries in the series. I’d love to make more Robert films, if we got the go ahead for another it would be set in 1951 Soviet Union and would involve Robert and the Toymaker facing off against Stalin and the Soviet secret police.

Werewolves and the SS seem to be a popular theme in horror, what drew you to making a film involving such a terrifying combo?

We work closely with our distribution partners and they inform us what kind of films are doing well or if there is a gap in the market for a certain subject. They mentioned separately that World War II films are popular and that they were also looking for a Werewolf film, so I came up with the idea to combine the two genres into one. It felt like a good opportunity to make a film combining lots of exploitation genre tropes into one story, from the Macaroni War films to Mad Scientists, Tarantino, Spaghetti Westerns and Nazisploitation. I think it’s been one of my better ideas as the title ‘Werewolves of the Third Reich’ seems to have captured people’s imaginations. That’s what you have to do in this very competitive market place, find concepts that are going to stand out among the thousands of other indie titles. When you don’t have big name actors or nationwide marketing campaigns, your concept and your DVD artwork are the only tools you have to sell your film so they really need to catch the eye.

Was there any difficulty with nailing the historical accuracy of the WWII uniforms?

A lot of research was done by those working in the costume department, so I feel we’ve done pretty well on historical accuracy with the uniforms in our films. Although I have to admit that when you’re dealing with films which involve dolls killing Nazis and Nazis turning into Werewolves, historical accuracy isn’t always the priority!

Did you get any flack for making a film involving Nazis since they’re sort of a hot button topic lately?

We always portray Nazis as the evil villains who get taken down by characters fighting back against the fascist ideology. I think most people would consider that the right approach to this subject matter.

Do you have any final wisdom you’d like to give to those up and coming filmmakers?

I think it’s all about finding a balance between wanting your films to be commercial enough to perform in the market place and to tell stories you’re passionate about. I do think some filmmakers naively go forward on projects which will struggle to sell in the market place. Whatever your project is you should ensure there are enough marketable elements to entice distributors and retailers, you want your film to be seen at the end of the day. But it’s also about finding themes, characters and stories between those marketable elements which are going to satisfy you creatively. I feel it’s possible to find that balance, you’ve just got to learn when it’s the right time to put the business hat on and when it’s the right time to be an artist. I believe you can be both.

Check out the trailers for Andrew’s films below!