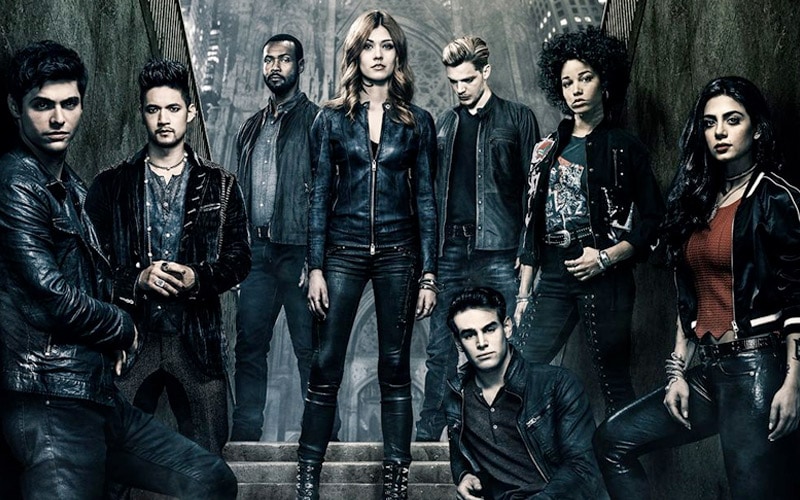 So Jace is being forced by Lilith to do her dirty deeds. At least it isn’t of his own free will, right? No? Better than losing his mind, anyway.

If I’ve said it once, I’ve said it a million times already. Lilith is the worst of the worst. She has made it more than clear that lives mean nothing to her and everyone around her is considered a pawn. I mean, Valentine treated people like pawns too, but at least he did have some feelings. Underneath all that crazy. He was an emotional man. Lilith only seems to have one emotion, and it’s anger. I don’t know what she needs, but someone needs to tell her there is more to life than revenge.

As if I didn’t feel bad enough for Jace already, this show had to bring in the heavy emotional story line. Jace learning about his actual parents had me both relieved and heartbroken. First of all, it was about damn time he learn the truth about where he came from. But, second, why did it have to be so sad?!

On another note, Heidi. Oh, Heidi. I feel bad for you and your situation kind of sucks (no pun intended). But that is not an excuse for you to go running around like a kid in a candy store for the first time. Killing people is bad enough, but Heidi also seems to be turning others into vampires as well. Oy vey. Someone needs to get this girl under control, stat!

Also, can someone get control over whatever Simon has going on? I mean, I think the guy is adorable, sure. But what the hell does Simon have that seems to make every female of every species attracted to him?! If this continues, it will eventually go to his head and I don’t think anyone needs to see that. Jace is conceited for sure, but he has that whole bad boy persona going on. Not that Simon isn’t wonderful, but he just seems to be unnaturally attractive all of a sudden.

Last week, I said I actually felt bad for Raphael. The good news is, this week has helped me to reconsider. He is once again a huge jerk and has crossed more than one line. Just so he could try and make it so all vampires can walk around in the daytime. Well, I’m happy that they still can’t. That is certainly not another complication that is needed. There are already more than enough of those to go around.

Simon pretty much getting kicked to the curb by the werewolves was a pretty low blow. Simon has really grown on me and I’ve always been in Luke’s corner. But this seemed pretty harsh and also a little ridiculous. The other wolves should probably just grow up and get over themselves a bit. Sure, Simon has brought trouble to their doorstep a time or two. But, honestly, I truly feel that’s something that would have happened regardless of if Simon is dead or undead.

Shine On: Champion Candy Cartwright Talks Her Wrestling Goals, Her Influences and More!