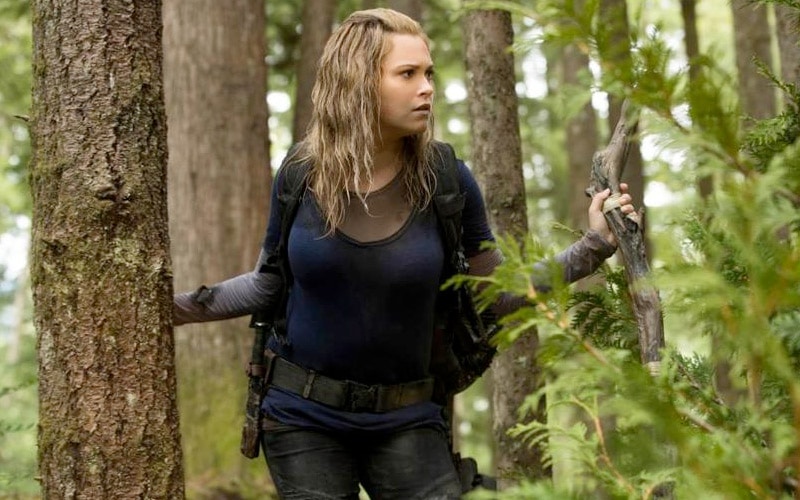 What. A. Season. Opener. My feelings are all over the floor due to my insides turning to mush. This season is going to leave my emotions so raw, I can already tell. But every moment will be worth it!

I already know Clarke is a fighter. That much was made clear from the very first episode of the series. But to see how much she repeatedly takes on but just continues trudging through has me shaking my head in shock. The hits just keep coming at Clarke, but she never lets them keep her down. Even when it’s clear that she’s literally all alone, she still keeps pushing through.

When Clarke started finding those items from the past, I will admit, I was tearing up a bit. So many memories come with each object she found. I could see how bad it was tearing Clarke up to remember all of the moments, but have no one to share them with. Just keep breaking my heart, why don’t you? When Clarke started really crying, I was bawling my eyes out. This is not a way to start the season! It’s emotional manipulation!

I didn’t get to fully see Clarke’s journey to becoming a mom, but it’s clear that Madi is a mini Clarke. Even when they first meet, Madi made some moves and comments that just screamed Clarke. But she isn’t the only one taking on the role of a parent as Bellamy seems to be the parent of the ship. From teaching Murphy to fight and apparently getting with Echo. I’m not happy. I am decidedly unhappy about this. My only consolation is that I know it is only happening because Clarke isn’t there.

Naturally, it doesn’t take long for a threat to appear in front of Clarke. But our girl is nothing if not intuitive. After being a leader and on her own for so long, she knows to look before she leaps. The prisoner ship certainly didn’t bring anyone good to ground. In fact, I’m going to just go ahead and say these are probably the worst villains we’ve seen so far on this show. It’s clear they’re going to be brutal and I’m not sure I’m ready for it!