The Geek Girls Are Back In Town For Comic-Con 2018 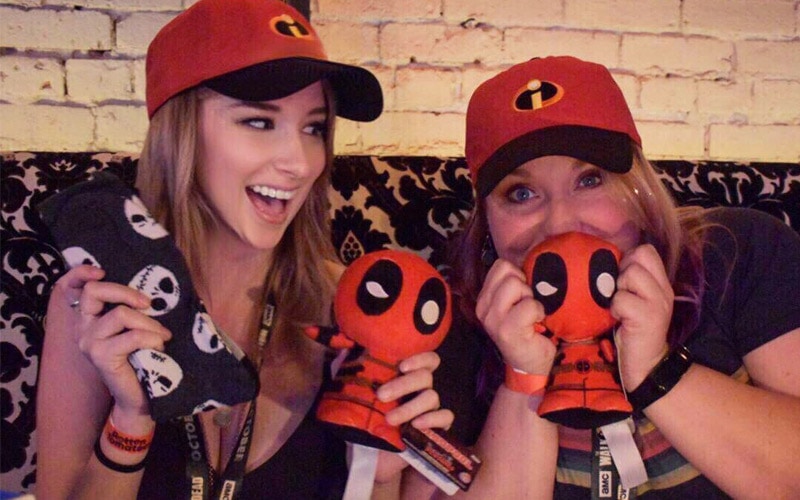 It’s Comic-Con Day 2 for me, and I’ve been having a blast so far! I’ve met up friends I only get to see once a year, spent way too much on Star Wars exclusives…. and Funko Pop! Vinyls, and done some amazing press rooms and interviews! All-in-all, I’m off to a solid start.

The cosplay this year is on point as well -- I’ve seen some amazing costumes -- and even a few with creative twists (I actually saw a Ronald McDonald Thor (aka McThor -- complete with a 20 piece McNugget box hammer). That was a new one for me! But we’re talking about Geek Girls here, so I’m going to stay focused!

I always get asked about the evolution of Comic-Con -- whether in terms of geek culture as a whole or the perceived increase with the involvement of females in geek culture. While Comic-Con has changed a lot over the years with the emerging con culture as a whole (There’s a convention for everything and every property now), all of that being said -- the geek girl involvement has always been present at Comic-Con -- but it definitely has grown and become more of talking point now. In fact, out of about 20 geek girls that I interviewed yesterday, the average number of years they had attended was 7 -- one had even been coming for 20 years!

When I first started coming to Comic-Con 10 years ago, there wasn’t nearly as many young girls in costume, and I think that’s my favorite change that I’ve seen over the last decade. Seeing a 3-year-old girl in Wonder Woman cosplay is one of the cutest and most empowering things you can see here at Comic-Con. She’s embracing what she loves and she’s confident about it -- at age 3. Geek culture has become something that the mainstream has embraced, and because of that -- the next generation is being raised with the awareness of embracing fandom and geekdom -- and finding empowerment in it. I absolutely love that.

I had the opportunity yesterday to take about Geek Girl culture at Comic-Con with AMC Theatres -- take a look below!

I also spoke with number of geek girls yesterday about their favorite superheroes and what movie they were most excited for this fall! You can catch a number of those videos on AMC Theatre’s Instagram and Instastories over the next few days! But the general consensus? Aquaman, Christopher Robin, Mary Poppins Returns, Venom, and First Man were the films that fans are really looking forward to.

For me, it’s hands down First Man, it filmed in my home state of Georgia, it’s about Neil Armstrong, and it’s Ryan Gosling… not to mention it’s Damien Chazelle directing… high expectations for this one you guys!

Note: This post was sponsored by AMC Theatres but all thoughts and opinions stated here are my own.