‘Hal’ Review: A Documentary about a Forgotten Director of Great Films 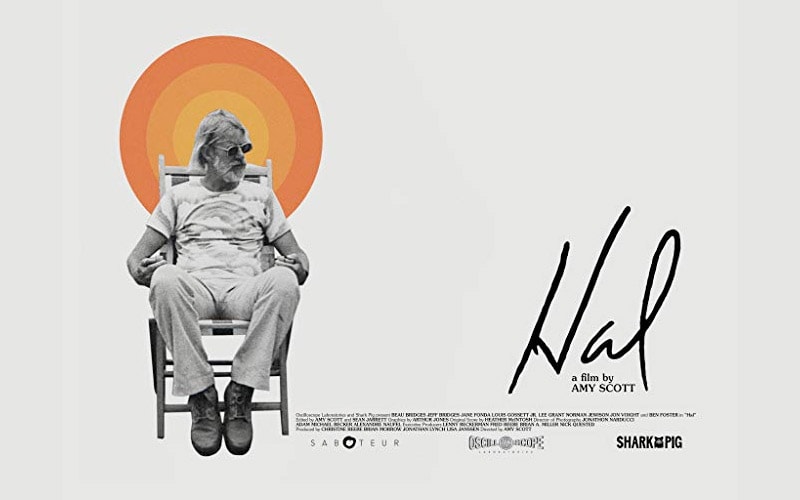 When we think of the directors who made their mark in the seventies we think of Francis Ford Coppola with ‘The Godfather Part 1 and II’, Stanley Kubrick with ‘A Clockwork Orange,’ ‘Barry Lyndon,’ Martin Scorsese with ‘Taxi Driver,’ George Lucas with ‘American Graffiti’ and ‘Star Wars,’ and Steven Spielberg with ‘Jaws’ and ‘Close Encounters of the Third Kind.’ A director that has become forgotten from that time is Hal Ashby, who in the seventies had a remarkable run of making seven landmark films in nine years in the 70s. With the new documentary ‘Hal,’ filmmaker Amy Scott sheds light on the complex and talented filmmaker Hal Ashby.

The film concentrates of those seven films in the seventies. Ashby continued to make films in the eighties but either due to studio interference (the studio took editing control of ‘8 Million Ways to Die’, Ashby’s last feature film) or just Ashby’s habit of shooting too much footage, those films never had the critical or financial success of his films of the 70s. Films such as ‘Star Wars’ changed the climate of filmmaking, and studios went away from the character-driven films that Ashby made. Ashby died much too soon in 1988 at age 59.

Hal Ashby, had a troubled childhood, with his parents getting divorced when he was a young child and then his father committed suicide when Hal was twelve. Hal dropped out of high school during his senior year, got married and had a child, which he soon abandoned to eventually end up in Hollywood. He started out doing some menial jobs for the studios but soon became an assistant editor, getting his big break editing films such as ‘The Cincinnati Kid ‘starring Steve McQueen, the ensemble comedy ‘The Russians Are Coming! The Russians Are Coming!,’ and then winning an Academy Award (his only one) for film editing on the classic film ‘In the Heat of the Night.’ With that film, Hal started a friendship and working relationship with seven-time Academy Award-nominated director Norman Jewison. Ashby and Jewison were prolific letter writers, and Amy Scott does an outstanding job of letting us see the wit, humor and how involved with his work Hal was. His letter writing often got Hal into trouble with the studio as he would curse and threaten if he felt he had been pressured by the studio to conform to their way of thinking or shoot less. The film also effectively uses audio interviews with Ashby, some of which were conducted in the last year of his life. ‘Hal’ shows us that while Hal Ashby preached peace and love, he was a flawed man who married too many times and barely saw his daughter.

The film concentrates on the seven films that Ashby made in the 70’s: the ahead of its time ‘The Landlord,’ the cult classic comedy/love story ‘Harold and Maude,’ the groundbreaking ‘The Last Detail,’ the absolutely fabulous ‘Shampoo,’ the sweeping story of Woody Guthrie in ‘Bound for Glory,’ the Vietnam aftermath film ‘Coming Home’ and satirical film ‘Being There.’ Those films were nominated for 24 Oscars with 7 wins, including three wins (Jane Fonda, Jon Voight, and Best Original Screenplay) for the film ‘Coming Home.’

The film does a great job showing us just how hard Ashby had to work to get his movies made and how he would not be compromised. Ashby was continually battling for his films, and we see how hard he worked to make a movie, often spending weeks at a time in the editing room. There is a great story about ‘The Last Detail’ that Ashby’s editor Robert C. Jones tells. The studio was worried about the amount of cussing that was in the film (it was 1973), and when Ashby and Jones wouldn’t make any cuts, the studio wanted to take control of the film. While in the editing room, Jones gets a call from the studio, telling him to pack up the film, that they are taking the film away from him to cut it themselves. Jones hangs up on them. Over the course of a couple of hours, Jones continues to get phone calls from the studio, each time someone higher up in the studio chain of command. Every time he tells them, no, and finally tells the studio head he will call the cops if they try and take the film. The film remained under Ashby’s and Jones control and was released to great critical acclaim, with film critics praising is grittiness.

If you don’t know Hal Ashby’s work, this is an excellent introduction to his motion pictures. Ashby cared about showing the human condition, whether it was in a ghetto of New York City, the dust bowl of the great depression, or people reaching out to find love no matter their age difference, race or status. Ashby’s films always made his characters the center of his movies, and ‘Hal’ does a great job letting us see Ashby’s makeup, a flawed man who just wanted to make movies his way. He is a filmmaker worthy of being remembered, and ‘Hal’ goes a long way of cementing Hal Ashby’s rightful place among the great filmmakers of the seventies.

My movie rating system from best to worst:

Michael McKinney graduated from the The University of Texas at Austin with a bachelor’s degree in Film. Michael has worked in television for over 30 years at stations in San Antonio, Dallas, and Atlanta. In 2011 he founded his weekly review blog Last One To Leave The Theatre and also became the film critic for WUPA-TV’s website ATLCW.TV, writing Preview This! a weekly look at movies coming out and long-form reviews of film concentrating on Indie films. Michael also writes long-form reviews and does interviews for the FanBolt.com website. Michael co-hosts the weekly ATLas podcast with Shakefire’s Matt Rodriquez and FanBolt’s Emma Loggings where they review movies, talk about the weekend box office and discuss local film events happening in Atlanta, GA. Michael has covered the L.A. Film Festival, SXSW Film Festival, Austin Film Festival, Atlanta Film Festival, Macon Film Festival, Savanah Film Festival, and the Rome International Film Festival.

A Look Back at Dragon Con 2018 (Cosplay Gallery)