Cyclists have had their sport well-represented in the world of video games. The chief flag-waver for cycling in video games appears to be French developer Cyanide Studios, who have pretty much single-handedly been making cycling games since 2001. Their properties include Cycling Manager, the official Tour de France video games and…erm…Call of Cthulhu, which is presumably in some way related to the sport of cycling.

That’s all well and good, but official games and management simulations can sometimes feel a little dry to those of us who are more accustomed to arcade-style experiences. For us, cycling titles are a little more thin on the ground. There’s Happy Wheels, Trials (which is more of a motocross thing) and not much else, really. The fields are fertile for an arcadey cycling game that combines the best elements of the sport with a sense of fun and danger. 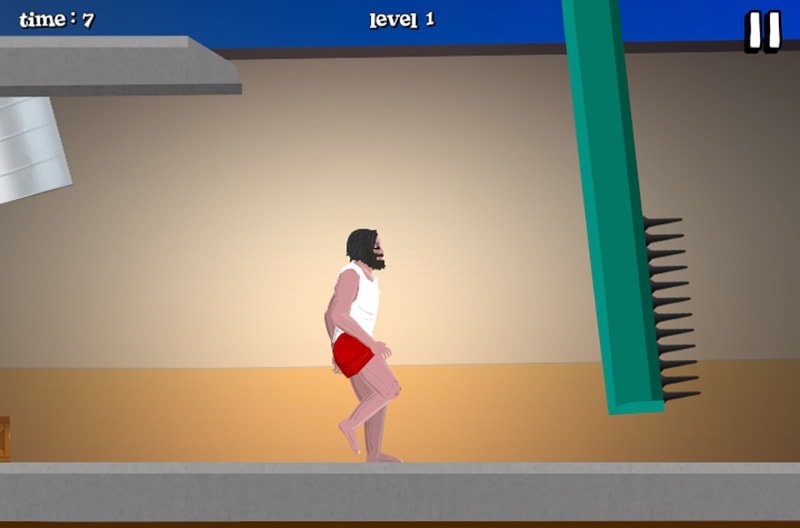 Luckily, for this purpose we have Short Ride. Short Ride is a sequel to whirligig violence simulator Short Life, in which players guide a hapless human through a series of horribly violent death traps which they must navigate using only their wits and a simple yet compelling set of controls. The sequel, like its predecessor, comes to us from Gametornado, who have also brought us the Rex series. If you’re already sold on this description, you can play Short Ride on Poki right now, and we recommend doing so. For those who are still on the fence, desperately reaching for their bike, read on.

If you never played Short Life, you might not be too au fait with the world and characters Short Ride depicts. In essence, Short Ride is a physics-based cycling platformer which, much like its predecessor, sees players attempting to dodge and surmount several life-threatening obstacles while trying to collect bonus stars. Unlike Short Life, however, the player is given a tool to assist them in this quest: a bicycle (although it can also be a pogo stick and a number of other potential transportation methods).

Much like Gametornado’s other titles, the visual style of Short Ride is cartoony enough that its violence never feels over-the-top or problematic while remaining realistic enough to carry some weight. The sound design is also great; stars have a pleasing “ping” to them when they’re collected, and the music tracks the game utilizes don’t get in the way, instead providing a satisfying and surprisingly sedate accompaniment to the combination of frenetic action and careful planning on display.

Gameplay is the real star of the show in Short Ride, as is the case with other Gametornado titles. Imagine a cross between Happy Wheels, Short Life and Trials HD and you’re roughly in the right ballpark. Controls are refreshingly simple: up and down arrow keys accelerate or brake the bike, while left and right adjusts the orientation of the vehicle. 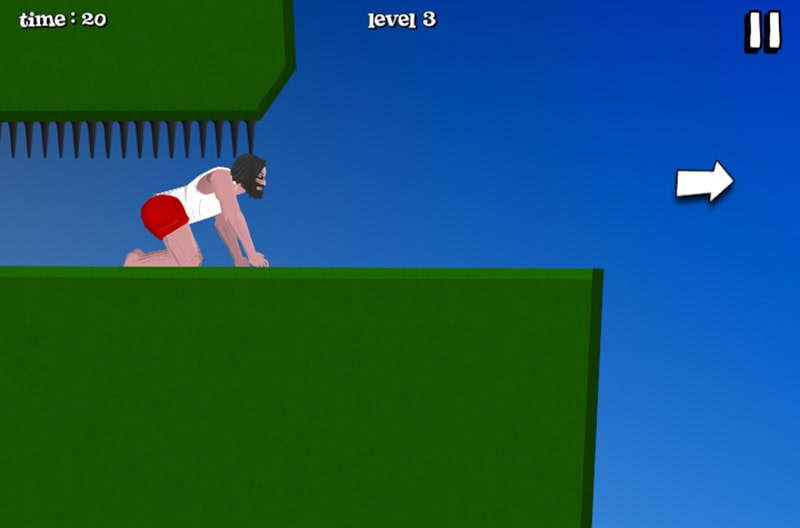 Simple doesn’t mean easy, though, and Short Ride still presents a meaty challenge to even the most seasoned player. Things start out innocently enough, although the game doesn’t hold your hand; there’s no attempt here to excessively tutorialize, and players are left to figure out the controls by themselves, which comes as a massive relief in today’s overly hand-holding gaming world.

By the midway point, you’ll be effortlessly dodging a whole cavalcade of obstacles and death traps, and your mastery over the simple but compelling controls will be complete. It’s in these moments that Short Ride asserts the first of its two central pleasures: success. Getting through a level unscathed, or managing to survive a death trap with all your limbs intact (more on which in a moment), just feels great. There’s a real sense of power to victory in this game, partly due to the controls, which feel simultaneously intuitive enough to pick up and play but tricky enough to need to master.

The second (and perhaps more objectively enjoyable) pleasure to be had in Short Ride is failure. This isn’t a game that will simply let you fail and slink away with your tail between your legs to try again. Oh no – Short Ride will make you work for your retries. Death is, to put it simply, hilarious in Short Ride. The game isn’t over when you lose one, two or even three of your limbs, so staggering desperately back to your bike in order to try again is one of the game’s crowning joys.

There are other extras, including a surprisingly accomplished level editor and a few unlockable characters with fun new vehicles, but it all comes down to that core gameplay loop. Short Ride only boasts around 20 levels, which does indeed make it something of a short ride, but it’s memorable and compelling while it’s around. It’s an enjoyable, violent little romp that will make you feel smart and skilled for completing it, so give it a go. You won’t be disappointed.