John Rhys-Davies Takes on the ‘Soldier of War’ 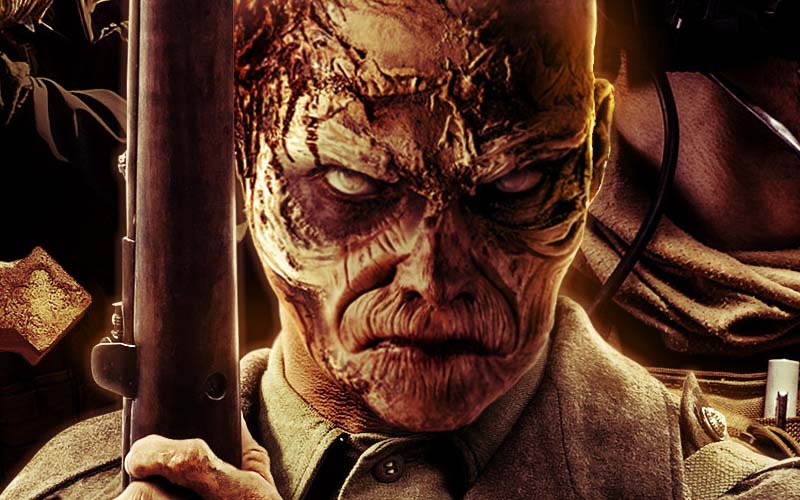 You know what I miss from the old Hammer Horror days? Small British towns encountering an unspeakable horror. The level of isolation was so much more palpable as the rolling hills and dense forests separate the victims from competent aid.

But enough about my plans to terrorize small hamlets across the pond. Let’s take a look at John Adams‘s Soldier of War (aka Aux). The legendary John Rhys-Davies stars in a tale of an undead soldier being awoken from a sealed off underground facility. What do zombies do after their extended naps are interrupted? Why … kill everyone in sight, of course!

One of the things that caught my eye in the trailer was the quality stunt work. Rather than relying on quick cuts when portraying violence, Adams keeps the camera stationary showing just how hard the stunt people work to make the most out of a shot. From being hit by a car, to getting blown back by a giant fireball, these practitioners of the stunt arts pulled off some awesome stuff.

Soldier of War will be available first via VOD on March 3rd with a DVD release following on April 9th thanks to Uncork’d Entertainment.

Deep in the forest, two boys discover the entrance to a secret military bunker hidden since World War II and inadvertently awaken an undead soldier, who embarks on a grotesque, ritualistic killing spree. A police investigation begins, but one by one the police and other locals are murdered. Only a World War II veteran holds the secret to stop the killings, but will anybody believe him?

A Galentine's Bow for A Disney Gal Like You!