Live in Nashville? We’ve got free movie screening passes for you for Little for Tuesday, April 9th, 2019!

We’ll be giving away (20) Admit 2 tickets to the screening, and it’s first to come first serve with passes! So post below – and you’ll hear from us by Wednesday (4/3) if you’ve won! 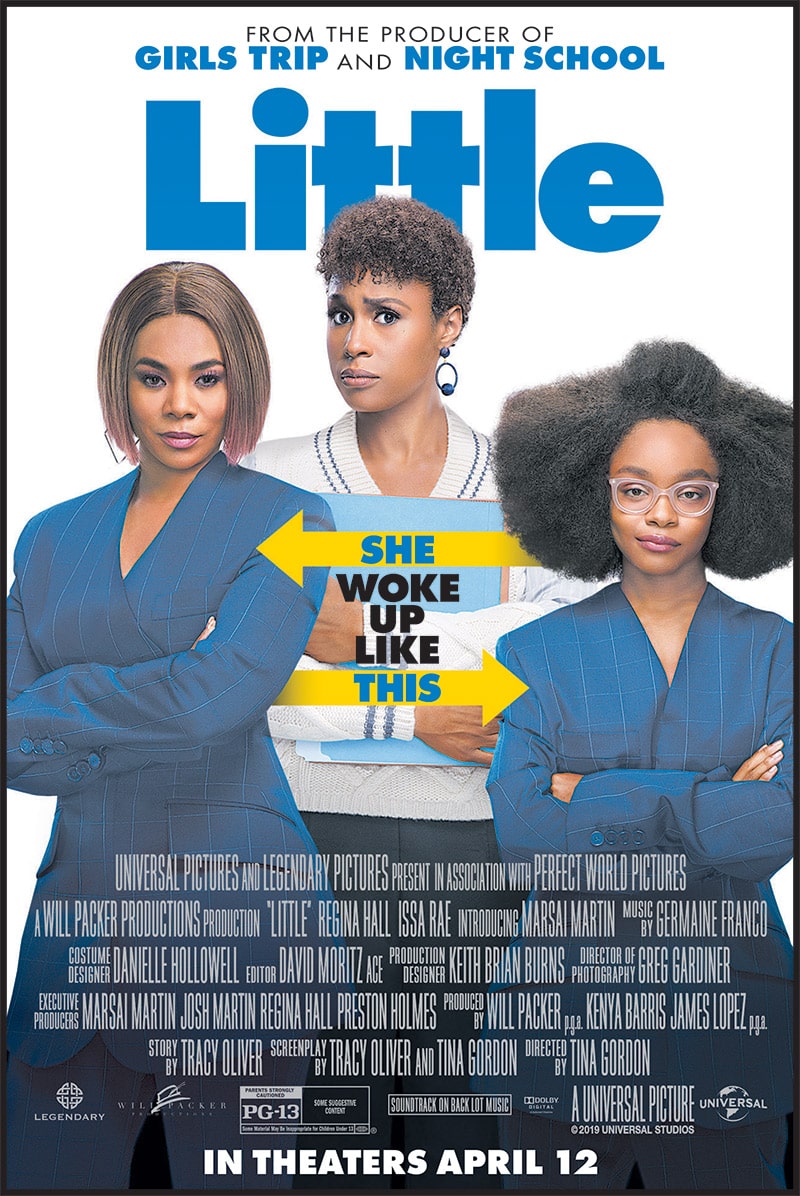 SYNOPSIS
Girls Trip’s Regina Hall and Black-ish’s Marsai Martin both star as Jordan Sanders — Hall as the take-no-prisoners tech mogul adult version of Jordan and Martin as the 13-year-old version of her who wakes up in her adult self’s penthouse just before a do-or-die presentation. INSECURE’s Issa Rae plays Jordan’s long-suffering assistant, April, the only one in on the secret that her daily tormentor is now trapped in an awkward tween body just as everything is on the line. LITTLE is an irreverent new comedy about the price of success, the power of sisterhood, and having a second chance to grow up — and glow up — right. Will Packer, blockbuster producer of Girls Trip, the Ride Along franchise, and ten movies that have opened No. 1 at the U.S. box office, including Night School, No Good Deed and Think Like a Man, brings an all-new perspective to the body-swap comedy. Little is directed by Tina Gordon (writer, Drumline) with a story by Tracy Oliver (Girls Trip) and a screenplay by Oliver and Gordon, based on an idea by teen actress Martin. The film is produced by Packer and his producing partner James Lopez and by Kenya Barris (Girls Trip, Black-ish), and is executive produced by Preston Holmes (Night School), Hall, Marsai Martin and Josh Martin.