The new trailer for Todd Phillips’ Joker will do anything, but make you smile. It showcases an eerie origin story for the DC villain, and it screams tragedy. But Joaquin Phoenix looks haunting in the role, and we’re already counting down the days until the film’s release on October 4! Wondering if this Joker film is apart of the DCEU? The answer is no – it’s a standalone film not apart of the DCEU, but it may lead a string of standalone DC Films.

At first in the trailer, we see Arthur Fleck (The Joker), trying to make people laugh, but then becoming a victim of ridicule and beatings. Joker explores The Joker’s origin and how he becomes Batman’s most notorious villain. Although Joker is set long before Bruce Wayne becomes Batman, the film does take place in Gotham City where crime and corruption are high.

Todd Phillips provides an origin story to The Joker, which is undefined for the character. And Joaquin Phoenix looks as though he hit the mark for his portrayal as Arthur Fleck. From what we can see in the trailer, Phoenix looks terrifyingly brilliant in the role – addressing themes of mental health and psychosis. 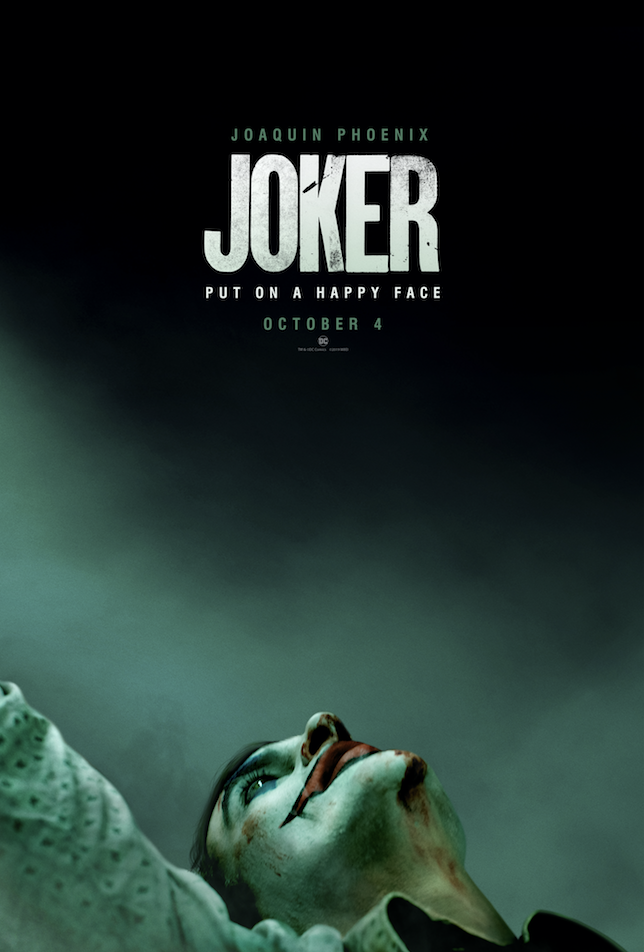 Even more, we can expect stellar performances from the rest of the cast, which includes: Robert De Niro, Francia Conroy, Zazie Beetz, Bill Camp, Marc Maron and more.

In a recent interview, Marc Maron said this about the film “I think it’s a very interesting approach to this world.” Furthermore, Maron stated “It’s more of an intimate and gritty movie with a very specific scope. It’s going to be really interesting to see how it comes out.”

For fans who already are searching for more details about the film, the teaser trailer for Joker gives away several easter eggs for the film. The Joker realeases on October 4, 2019. Are you excited for the film? Let us know your thoughts below!

Joaquin Phoenix is Haunting in the New 'JOKER' Trailer