‘Wild Nights with Emily’ Review: Was Anything But Wild 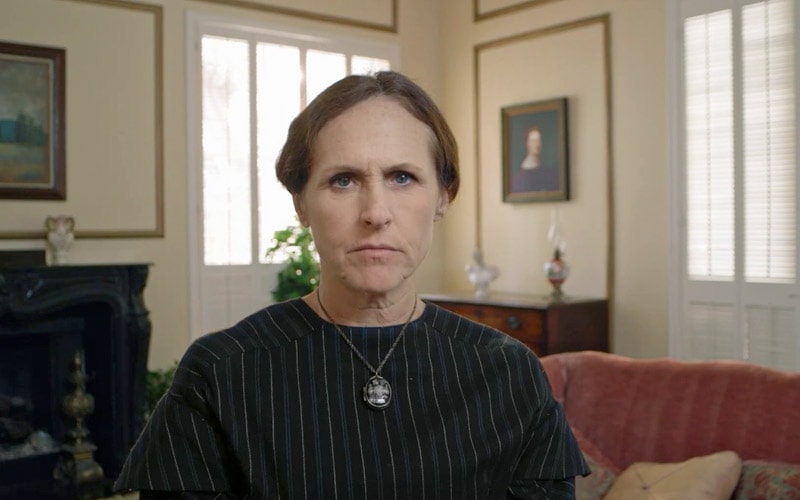 Wild Nights With Emily, by director Madeleine Olnek, was anything but wild.

Okay, yes, it is a reference to her work, which trust me, there is more than enough of. Mabel Todd (Amy Seimetz), the “first ever editor of Emily Dickinson (Molly Shannon)’s work,” sets the scene and sets us up for what is to come: an introduction of Emily and her lover/sister-in-law Susan (Susan Ziegler), in preparation for a gay old time. Pun intended.

The story takes us on the wild ride between Dickinson’s childhood (young Emily played by Dana Melanie) and lifelong love affair with Sue (young Sue played by Sasha Frolova) and her old age, and to her eventual death. Emily saw relations professional and romantic with men and women alike, but always returned to her reclusivity and ever-present Sue (who, it must not be overlooked, is infact married to Emily’s brother). The dark moments in Dickinson’s life, closeting homosexuality and all the struggles of being a writer, are intertwined with wit and sorrow that balances… to an extent.

It is almost comically slow. And that is a fine line away from “boring,” though Olnek seems to be able to just pull it off. Some scenes are absolutely spot-on with the comedic timing, acting, deadpan deliveries and beautiful set design to accompany, while other scenes are delayed, like an uneducated drawl where even the well presented costume and set are overshadowed with dull performance. The tone is reminiscent of days of Saturday Night Live’s past, pairing well with Shannon’s history, surely.

The acting is grand. Each actor carries their character well and each keep pace between the elder and younger portrayals. Many of these actors are not new to the screen and have proven themselves on other stages, but the direction perhaps holds back some of the choices that would otherwise pack a more palatable punch. If it weren’t for the scores, certain scenes might even allude bad acting– the trained eye can interpret this as a themed dry style, if they so choose. The untrained eye will begin to drift and check its watch, as the story drags with staccato pacing void of emotion.

The costume design and set design were beautiful and represent the time period well. Subtlety in the design actually keeps with the appearance of the dry acting. When all the pieces come together, the overall productions feels like a community play, possibly amateur but not entirely unenjoyable.

The aforementioned reference of Saturday Night Live does play into the fact that certain scenes come across as sketch comedy, and perhaps what should be a handful of two-minute gags is extended into an hour and a half is something to which typical audiences may not be accustomed. Yet the film ebbs and flows between these comical bits and the forlorn trials that Emily faced through her secret relationships, countless publishing rejections, and numerous societal expectations.

Note: One highly cool fact not to go unnoticed is that the letters seen in the film, used with permission of Harvard University Press, have returned the previously removed name of ‘Susan.’ Infrared technology was used to detect and replace the name long erased by publishers over the years.

It’s good, not great. It’s unique, but an acquired taste.

When Will the 'Game Of Thrones' Prequel Be Released?