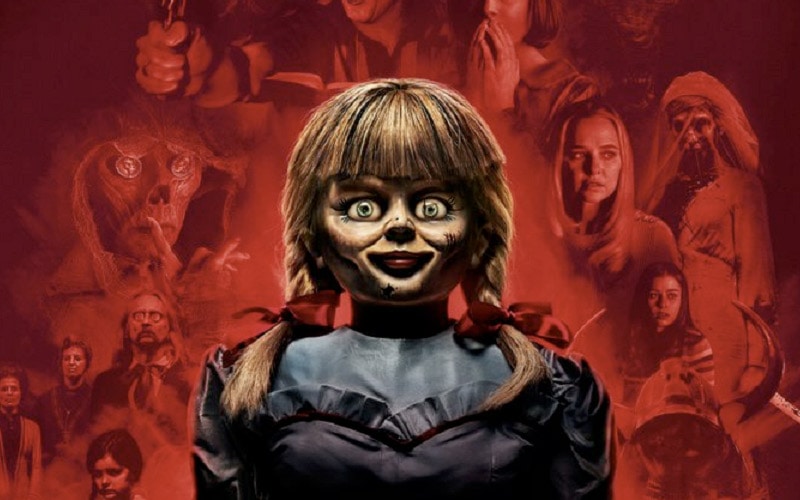 Being the horror and paranormal geek that I am, I almost instantly fell in love years ago when I first saw The Conjuring. And ever since -- every film in this universe has been a guilty pleasure to me. This includes the past two Annabelle films -- and now the newest -- Annabelle Comes Home. They’re just good traditional horror flicks.

If you’ve seen the other films, you’re familiar with the setup here. Demonologists Ed and Lorraine Warren are determined to keep Annabelle locked away where she can’t cause more trouble. The doll is secured behind a sacred glass that was even blessed by a priest. However, teens will be teens -- and at least one in the friend group will always make a bag decision. That’s exactly what happens in Annabelle Comes Home when Ed and Lorraine leave their daughter, Judy, at home with the trusted babysitter. What they weren’t expecting was the trusted babysitter’s wild and irresponsible friend to show up and go snooping… and unlock all the unholiness.

Annabelle Comes Home Review: What I Liked and Didn’t Like

If you’re looking for a movie that is going to scare you, this probably isn’t the one. It’s got a Babysitter’s Club crossed with Stranger Things vibe -- yet it feels super tame. There are jump scares aplenty, but as far as real scariness? I personally only find that with psychological thillers (or the original Poltergeist film which I saw when I was 7 and it traumatized me for life).

So if the film isn’t scary to me, why did I still like it? It’s a traditional horror film that is based on reality. What resonates with me about the Conjuring Universe is that these haunted items are based on real items or cases that Ed and Lorraine Warren encountered. And that completely fascinates me.

As far as specifics with the film, everything feels even -- the acting, the effects, the story -- all feels average.  And that feeling makes the film feel “compact.” It’s a lot of content that happens in what feels like a shorter film. There are a lot of future stories being set up here, and each one of the characters is dealing with a different one. It works, but again -- just feels like too much, too fast, in too short of a time.

Overall, Annabelle Comes Home is a solid, traditional horror flick. It has some issues, but it’s good summer fun reminding us that fall is just around the corner. And while yes, it is fairly predictable, there are some good moments here with some simple jump scares and unexpected laughs. It doesn’t reinvent the genre or take it to new heights, but its basis in reality had my attention from the very beginning. 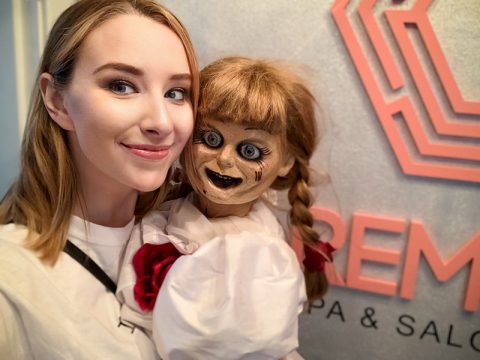 Want more Annabelle? Check out my Girl’s Day Out with Annabelle here for some good laughs!