Supergirl knockout and transgender activist Nicole Maines is currently heading up a vampire-themed horror comedy from Brad Michael Elmore. Bit follows the journey of a trans teen who encounters a group of vampires. The film will be having its premiere at Outfest on July 26th at the Chinese Theatre in Hollywood. Tickets for the event can be purchased here.

Check out a clip from Bit here: 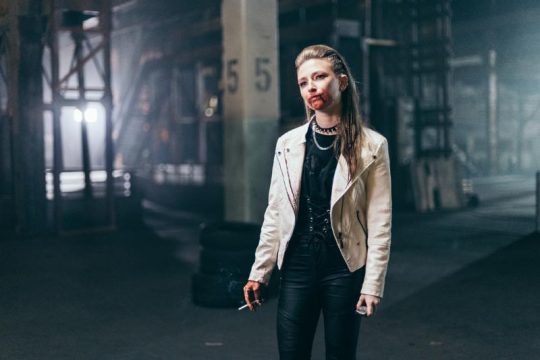 Laurel, a small town trans teen, heads to the City of Angels to find a new life.  Instead, she meets a gang of intersectional feminist vampires led by Duke (Diana Hopper, Amazon’s “Goliath”). Not knowing if they want to kill her, befriend her or turn her, Laurel learns to understand the love and dangers of her new group of friends.