Every twenty years or so, we get a new movie adaptation of Little Women, but it has never been done right. However, from the first look at writer/director Greta Gerwig’s take on the classic, that might be about to change.

The story, which is based on the novel by Louisa May Alcott came out in 1868. The second novel, Good Wives, followed in 1869, and it also had a few adaptations on the big/small screen as did Little Men (the third novel). However, the fourth book, Jo’s Boys, has never been adapted.

While YA (young adult) wasn’t a term in literature yet when Little Women was first released, it was one of the first series written in this genre. The book (and new film) tells the story of the March sisters. There’s Jo (played by Saoirse Ronan), Meg (Emma Watson), Amy (Florence Pugh), and Beth (Eliza Scanlen) – along with their mother (Laura Dern) and their aunt (Meryl Street). And let’s not forget the boy next door (played by Timothée Chalamet). 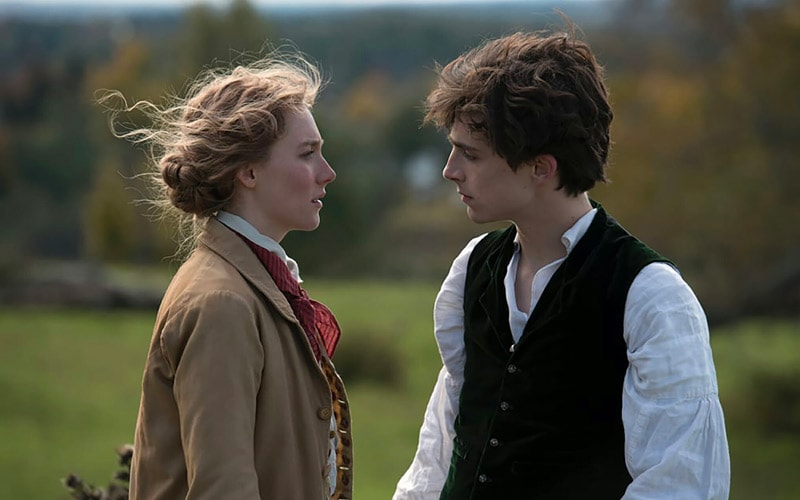 Jo is an aspiring writer, and she is working on a novel about her life and the story of her sisters. She’s determined to prove a woman can be more than just a wife, despite the horrid advice that her editor gives her, “If the main character is a girl, make sure she’s married at the end.”

Personally, I have high expectations for this version, Greta Gerwig won me over many years ago, and her film Lady Bird (which Ronan and Chalamet also star in) is still one of my favorites. And from the look of this trailer, she’s capturing the essence of this classic – something that hasn’t been done before. Take a look at a few of the past trailers for Little Women.

Gerwig’s Little Women will release in theaters this Christmas – which puts it right in the heart of Oscar season. With a cast like this, I find it hard to imagine that it won’t be nominated. But we’ll see this holiday season!