Our favorite time of year is just around the corner! Netherworld!  The world-famous haunted house is back this fall in Atlanta with two brand new attractions, Night of the Gorgon and Cold Blooded.

“We saw amazing potential in this year’s haunt themes to delve into areas that we hadn’t experimented with before,” said NETHERWORLD Co-Founder Ben Armstrong. “NETHERWORLD is known for innovation in the haunted house industry, and with crazy new scares, stunning sets and jaw-dropping effects, this season is going to show that creativity once again. Opening weekend is right around the corner, and we are looking forward to blowing visitors’ minds with how twisted these haunts really are. That is what NETHERWORLD is all about!”

Curious about what this year holds? Here’s what we know about the new 2019 haunts! 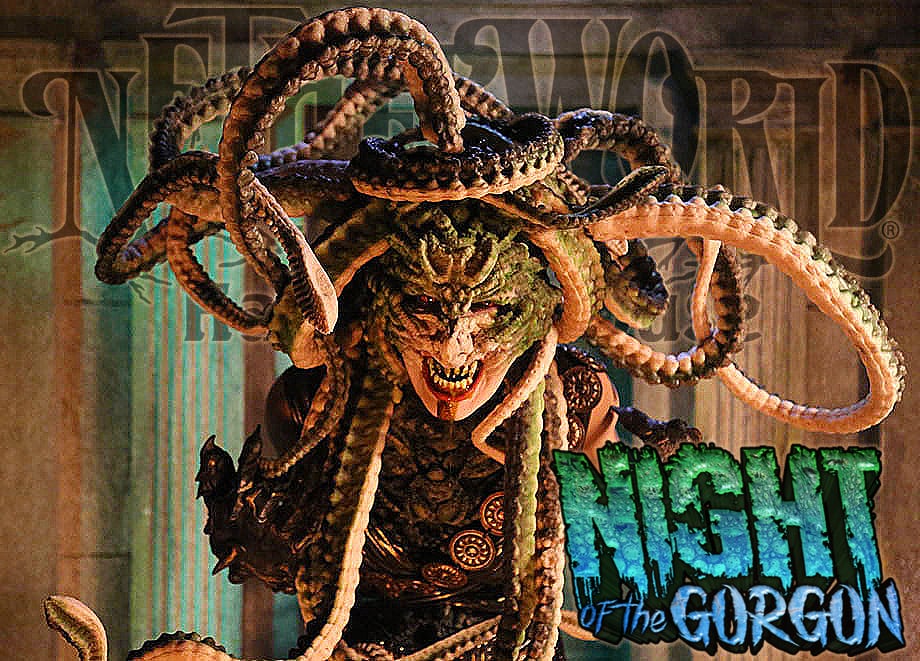 NIGHT OF THE GORGON: The slightest glimpse of the nightmarish Gorgon in Eliza Whyshman’s accursed mirror is a fate worse than death! Now, an apocalyptic cult is using this evil power to create an army of stone warriors to crush any who dare oppose them. Will they succeed in defeating the forces of darkness with these unstoppable warriors or will an unnamable horror from the depths of the mountain be released by their abuse of power? Flee for your lives before the sun sets on the NIGHT OF THE GORGON!

Featuring: The Massive Thing from the Deep, the Bone-Crunching Stone Colossus, the All-Seeing Terrors from the Sky, the Unspeakable Nightmare from Below, the Invasion of the Gorgonoids, the Behemoth’s Collapsing Cavern, the Twisting Mirrors of Zin, the Curse of Ghatanothoa, the Medusan Warriors, the Petrified Legions, and more massive monster action, shocking scares and incredible sets and effects than ever before will leave you astounded in NIGHT OF THE GORGON! 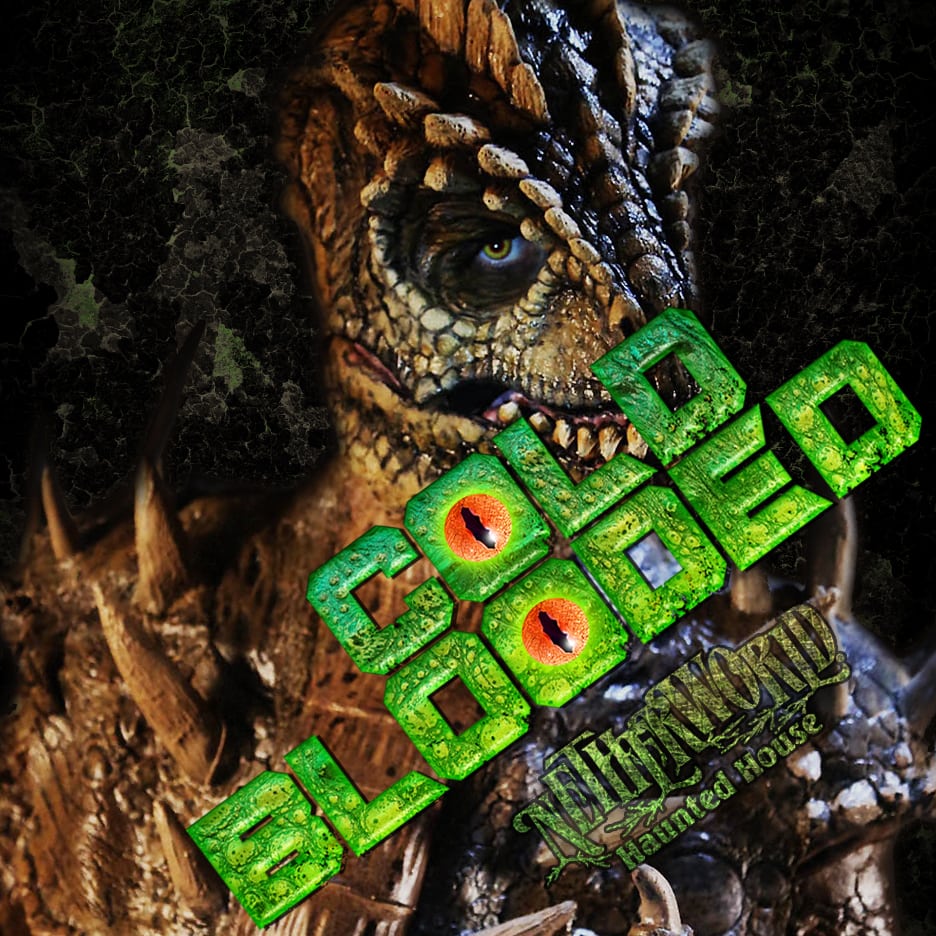 COLD BLOODED: In the advanced research facility known as The Box, the order has been given to weaponize cloned prehistoric lifeforms spliced with the DNA of reptilian alien subjects. Will this twisted experimentation create a new form of warrior able to win on any battlefield or is the entire project being manipulated by inhuman forces dedicated to the subjugation of mankind? One thing is certain: the results are savage, extremely dangerous, virtually unstoppable, and absolutely COLD BLOODED!

Featuring: The Secrets of The Reptilians, dark experiments run amok, the Serpent from the Sewer, the Terror Pteranodon, massive flesh-eating dinosaurs, parasitic horrors, the Million-Year-Old Blood Beast, the Mutated Battle Warriors, an escape of the Titanosaur, the Hybrid from the Spawning Vats, the Wraith of the Lizard Men, and advanced technology clashes with prehistoric rage in the pulse-pounding COLD BLOODED!

Along with the announcement of this year’s haunt themes, NETHERWORLD is also unveiling new ticketing options, including General Admission, Speed Pass and Timed Tickets. Prices vary by date with several value-priced options available.

“The new ticketing format will give visitors options that will fit every lifestyle,” said Co-Founder Billy Messina. “A limited inventory of Timed Tickets each hour will allow timed access to a short inside queue for those who like to plan ahead. General Admission tickets are the most inexpensive choice, and of course, Speed Passes will allow guests the fastest entry to the haunts.”

This will be their second year at their new location out at Stone Mountain (2076 West Park Place Blvd., Stone Mountain, GA 30087)! And with tiered pricing and the availability of reserved time tickets, visitors will have more options than ever before. More details can be found below. Attendees can purchase and print tickets in advance online at fearworld.com or purchase onsite.

We can’t wait! We’ll see you guys there!!