‘Ready or Not’ Review: A Smart and Really Messed Up Dark Comedy 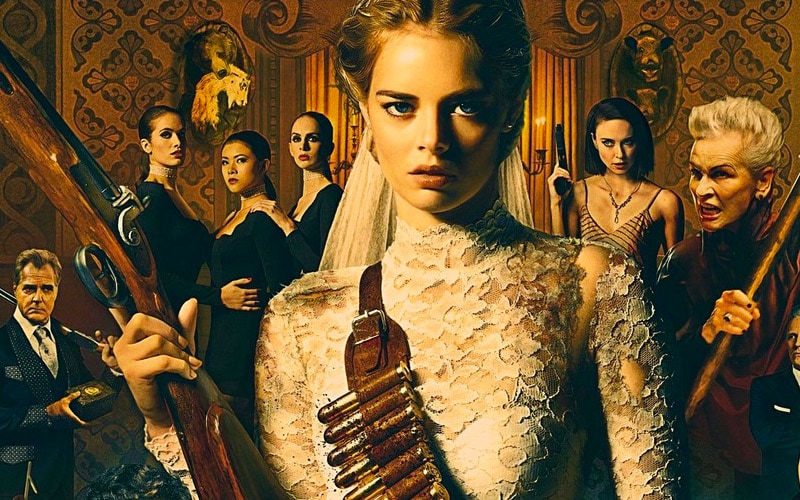 I went into Ready or Not expecting a wild ride. Fox Searchlight films rarely disappoint. And even though this one seemed rather over the top, I had the feeling I was in for something that could be a cult classic. So what’s the verdict? Ready or not, this may actually be one of the year’s best films (didn’t expect me to not use that pun did you?). It’s incredibly f***ed up, but in the best possible way.

Ready or Not tells the story of a young bride, Grace (played by Samara Weaving -- not be confused with Margot Robbie… because holy cow do they look alike). Grace has just married into a rich and eccentric family (Mark O’Brien, Adam Brody, Henry Czerny, Andie MacDowell). After the wedding festivities have wrapped, Grace learns that in order to be officially accepted by the family, she has to take part in a time-honored tradition of playing a game with the family. Only what she doesn’t know, is that the family is cursed. And if the game that is selected to be played is “Hide and Seek,” then she will be hunted down and she will have to fight for her survival. Because if they don’t find her and kill her before dawn, they’ll all die.

Not exactly the way a bride wants to spend their wedding night. Take a look below.

Ready or Not Review: What I Liked and Didn’t Like

The premise seems silly. But the film finds a beautiful balance between being a dark comedy and being an actual horror flick. That balance between the two genres is what actually creates the film’s unpredictability. It’s unclear what the actual rules are that the film is following. Will Grace die? Will the family die if they’re unable to kill her? It’s that not knowing that had the audience on the edge of their seats and holding their breath for a large chunk of this movie.

It’s a rebellious, witty, and darkly funny script paired with the perfect casting. Every actor more than delivered for their role, but the real star here is Samara Weaving. She so perfectly captured the emotions that one would assume would be processed if they were in Grace’s shoes. She was more than just a character to root for, you felt like you knew her.

Overall, this film gave me nightmares. It stuck with me long after I left the theater -- which is exactly what you want from a good horror movie. But it also made me laugh. I can honestly say that I don’t think I’ve ever left a theater experiencing both of those emotions at the same time. It’s beautifully messed up, and I freaking loved it.

There’s a reason this film is getting such high praise from critics. It’s more than worth your time, and it’s an excellent way to kick off the scary movie season!

(Also a huge thank you to Ready or Not for sending me on a rather memorable date night with my husband).

Ready or Not Review:

Tags: Ready or Not

'After the Wedding' Review: An Emotional Journey with Something Amiss