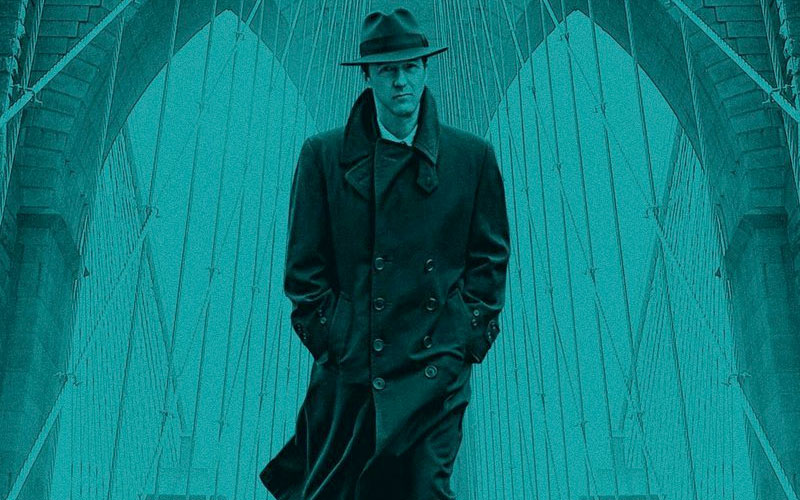 Edward Norton’s newest project, Motherless Brooklyn, hits theaters November 1. And in promotion of the release, Norton came through Atlanta to speak with press about the film and I had the honor of sitting down with him for just a few minutes to talk about the challenges of writing, directing, and acting – all for the same movie.

The heart and soul of Motherless Brooklyn is the character of Lionel Essrog, who is played by Norton. Essrog is a man driven into the darkest shadows of 1957 New York City by a need to understand a world that has left him a misjudged outcast. His over-charged brain would seem to bar him from the classic detective realms of the smooth and the no-nonsense. But in making Lionel the hero of a story about power and dispossession, Norton upends a hard-boiled character integral to American cinema and re-imagines him through an emotionally stirring prism of chaos, need, and vulnerability.

It’s a beautiful film that sticks with you, long after you leave the theater. And knowing that Norton was responsible for so many creative elements within the film, I couldn’t help but wonder if that was his vision all along with this project. Needless to say, that’s what I focused our chat on.

“It started with wanting to play the character. The very beginning was a greedy actor impulse to want to take this character on, because it was such a rich, complex, and complicated character. He’s really a hot mess of paradoxes,” Norton explained to me. “It seemed hard, challenging, and cool. And it fits within a type of character I’ve kind of always been drawn to.”

Take a look at our full interview with Norton below.

Motherless Brooklyn is out in theaters Friday, November 1, 2019! Will you be checking it out? We’d love to hear from you in our comment section below!

'Terminator: Dark Fate' Review: What a Sequel Should Be

November 2019 Hulu Monthly Update: 'Into the Dark', 'Dollface' and More!