It’s no secret that I’m a big fan of the Atlanta Jewish Film Festival. Every year they bring three incredible weeks of programing to Atlanta – full of fantastic handpicked films from around the world. Not to mention all the other cool events they offer as well, like Opening Night, Young Professionals Night, and Closing Night. And then, of course, there is also the preview party, which is one of my favorite events of the year. Last Thursday night was the 2020 Atlanta Jewish Film Festival Preview Party, and it had me geeking out over the upcoming festival even more than I could have anticipated!

The 2020 Atlanta Jewish Film Festival Preview Party kicked off for me with an interview with Kenny Blank, Executive Director of AJFF. Blank’s enthusiasm for this year’s event was palpable as he discussed what’s in-store. What is he most looking forward to? Opening Night.

“I’m particularly excited about Opening Night for a couple of reasons. One, it’s a world premiere, which we don’t often get at AJFF,” Blank explained. “And it’s a world premiere of a film with so many local ties that have shared legacies and the story of Black/Jewish cooperation and partnerships through the Civil Rights movement and beyond. And the film features a number of Civil Rights luminaries who are here in Atlanta. It’s very rare.”

So what sets this festival apart from other film festivals? It’s hands down the best film festival in Atlanta, and it’s the largest Jewish film festival in the world. Now, I should highlight, I’m not Jewish. And you don’t have to be Jewish to enjoy what AJFF brings to the table. At the end of the day, it’s about good storytelling. Films do have a tie to the Jewish community – as the festival’s mission is to entertain and engage diverse audiences with film through a Jewish lens. It explores Jewish culture and history, life in Isreal, and the work of Jewish artists. The festival challenges conventional perspectives on complex and challenging issues facing the Jewish and global communities.

A Look at the 2020 Atlanta Jewish Film Festival

So what can attendees look forward to with this year’s event? Blank said that he never says one year is better than another, but he did say, “It is one of the most diverse and exciting lineups that we’ve had.” And that is truly saying something considering how AJFF up’s the bar every year for this event. Take a look at the 2020 AJFF trailer below, which features highlights from the 48 feature films that will be shown.

When I asked Blank to describe this year’s festival in three words, he told me, “Community, Storytelling, and Dialogue.” It’s a short and sweet way of summing up what’s so important about not only this film festival – but film festivals in general. They provide an opportunity to spend time with your community and watch films that excel at storytelling. So often, it’s the non-mainstream films that really grab your heart and don’t let go. They provoke a dialogue around important issues that stay with you after you leave the theater. And it’s experiences like that truly emphasizes the importance of cinema.

You can explore AJFF’s full lineup on their website at https://www.ajff.org/ as well as purchase your tickets (Tickets for the 2020 AJFF go on sale Monday, January 27 at 10 AM) for the event, which commences February 10 and runs through February 27, 2020!

In closing, I had a truly wonderful time at the 2020 Atlanta Jewish Film Festival Preview Party. Celebrating film with my fellow film critics is one of my favorite activities, and this night was no exception. I’m already in countdown mode until Feb 10th’s Opening Night! 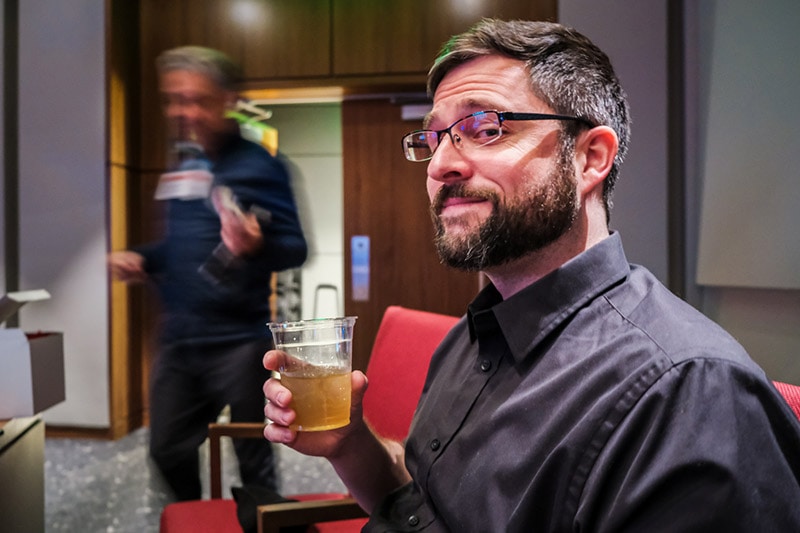 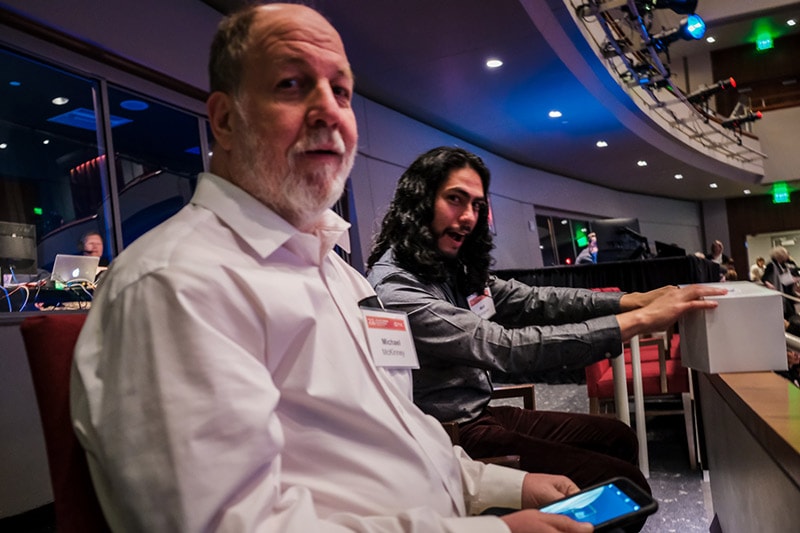 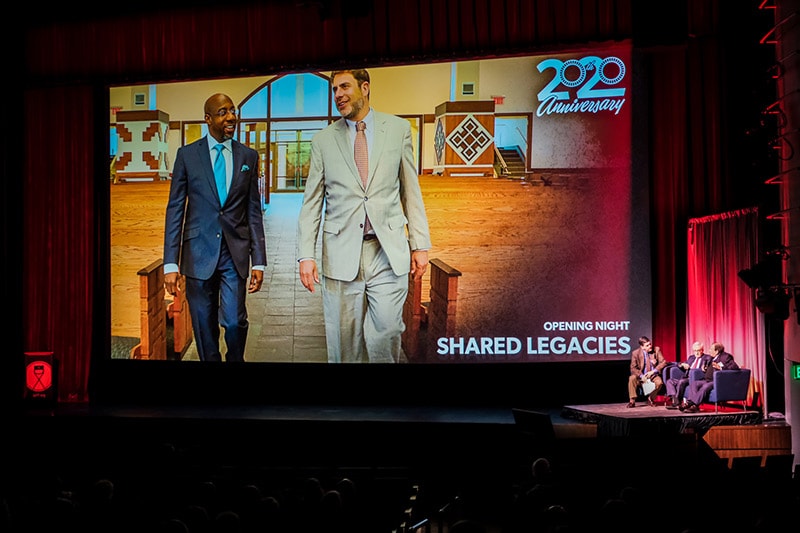 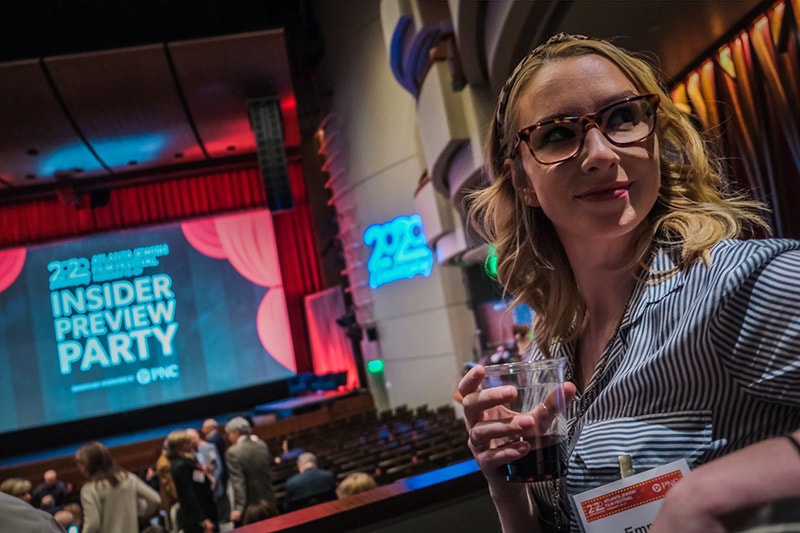 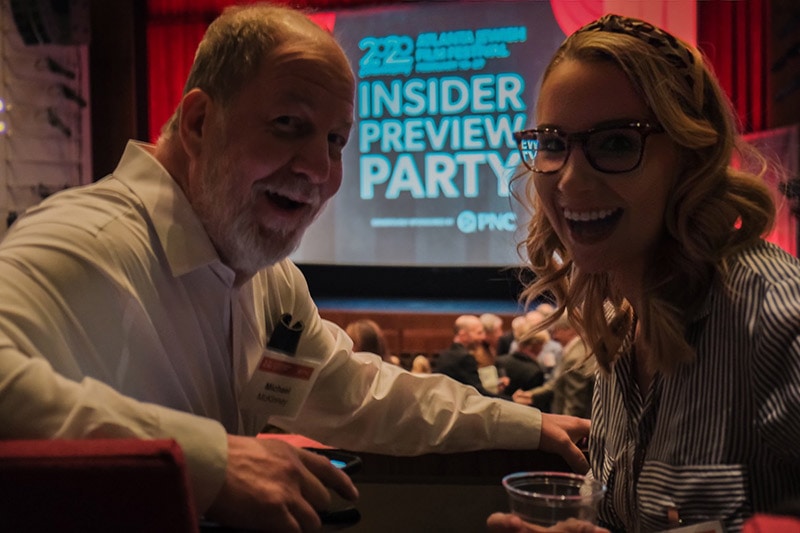