The 44th annual Atlanta Film Festival & Creative Conference (ATLFF) is approaching us! The festival will be taking place a bit later this spring, through May 10, 2020. The Atlanta Film Society is now announcing the first wave of feature film programming including six films. The six films consist of two narratives and four documentaries.

“Each year we have the privilege of receiving films from thousands of filmmakers across the world. Our greatest joy as programmers is to discover unique and compelling works that stand out from the crowd and truly make us feel something,” said ATLFF Programming Director Alyssa Armand. “This slate is a brief glimpse of what you can expect from our 2020 program. We are so excited to share these films with you.”

These six films come from a new ATLFF record of 8,559 works submitted. Coming from Afghanistan, Belgium, Philippines, Sweden and the United States, these films represent the inclusive and far-reaching span of the upcoming complete lineup. Last year, 50% of ATLFF’s film program was directed by women, 40% was directed by filmmakers of color and 20% came from Georgia-tied filmmakers.

Of the six films, one is directed by an ATLFF alumni, Dawn Porter (John Lewis: Good Trouble). Recently, Some Kind of Heaven held its world premiere at the 2020 Sundance Film Festival. There are also two narrative features in the lineup; Curtis from Chris Bailey follows a former basketball star struggling with his mental health, Milkwater from Morgan Inari examines the complexities of having children in queer relationships. Documentary Cinema Pameer showcases the day-to-day of a movie theater operating in downtown Kabul, while Overseas takes a look at Filipino domestic workers receiving training to start new jobs abroad.

These films will be joined by nearly 200 others for the 44th Annual Atlanta Film Festival & Creative Conference, which is taking place April 30 through May 10, 2020! 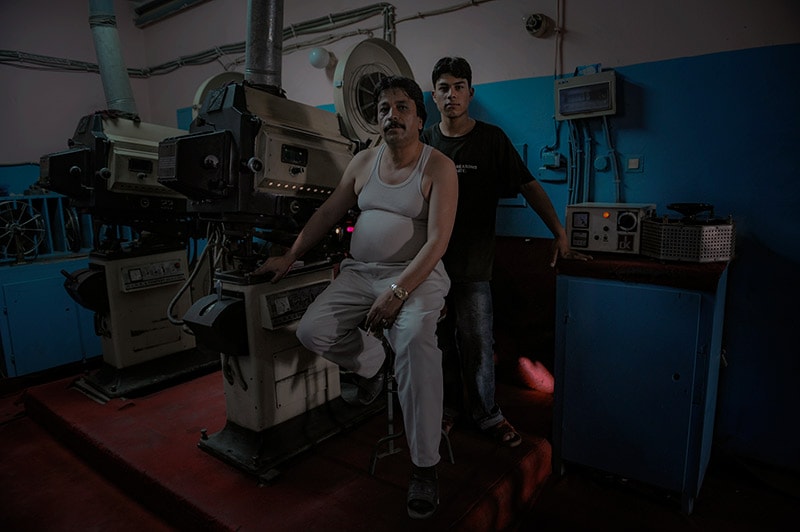 A film about a cinema, the passionate people working there, and their unrelenting love of film in a harsh conflict-ridden city. Cinema Pameer explores everyday life in a country torn apart through a cinema in downtown Kabul, Afghanistan – a place for escape, inspiration, and refuge in a city still trying to find its footing after decades of war, poverty, and religious fundamentalism. 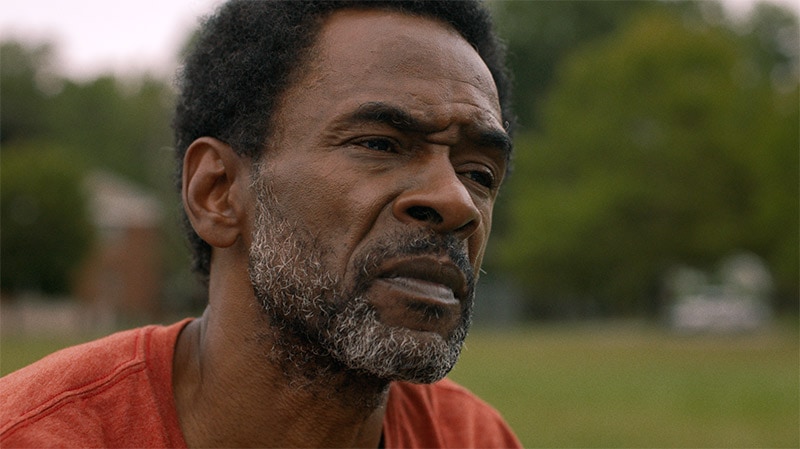 Curtis (Dwight Henry) is a former high school basketball star now living under the torment of schizophrenia. When he discovers his championship ring is missing, it triggers him into a frantic search through the streets of Detroit to find it. Meanwhile, a young boy fights his own battles against the other kids on the basketball court and at home with his father. After a chance meeting on the court, the two come to an agreement to help each other. Their journey together leads them past the basketball court and into a world of self discovery. 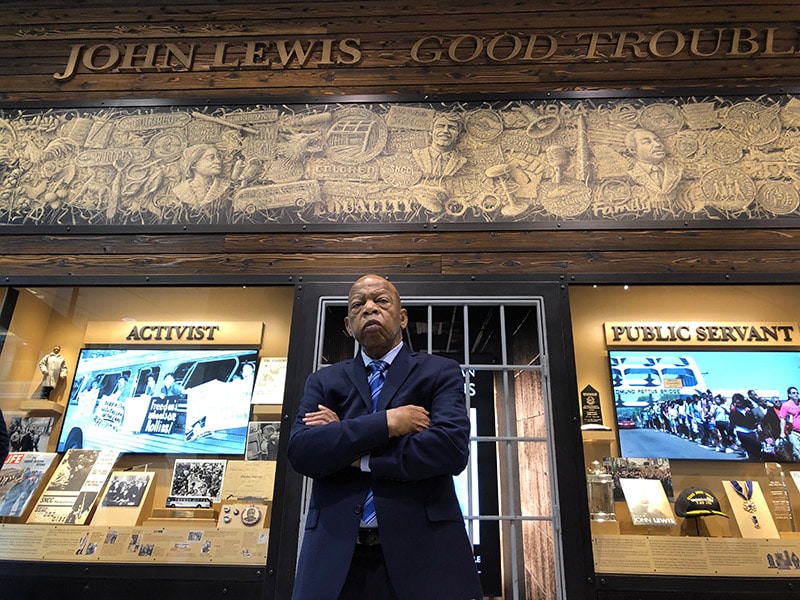 Seeking direction and purpose, Milo (Molly Bernard) rashly decides to become a surrogate and egg donor for an older gay man she meets in a bar (Patrick Breen). However, as Milo becomes increasingly attached to him, she starts leveraging the pregnancy as a means of staying embedded in his life. 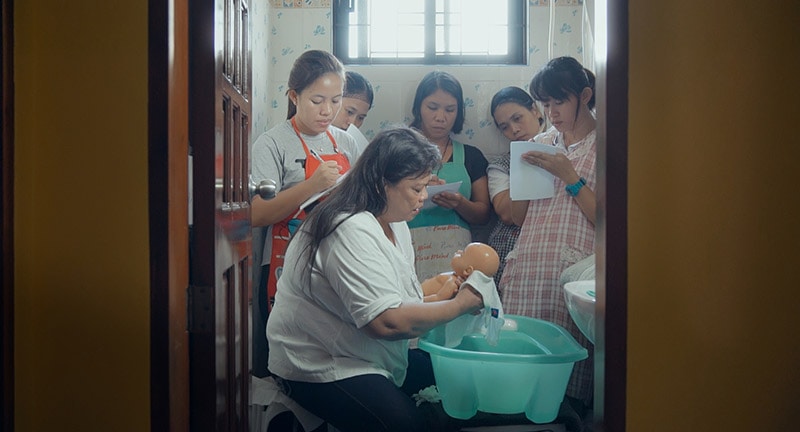 In the Philippines, women get deployed abroad to work as domestic workers or nannies. In order to do so, they frequently leave their own children behind, before throwing themselves into the unknown. In one of the many training centers dedicated to domestic work that can be found in the Philippines, a group of trainees are getting ready to face both homesickness and the possible abuses lying ahead. During role playing exercises, they alternatively play both the roles of the employee and that of the employers. Bordering on fiction, Overseas brings to light the question of modern servitude in our globalized world, while emphasizing these women’s determination, their sisterhood, and the strategies they find to face the ordeals that await them in the near future.

Some Kind of Heaven 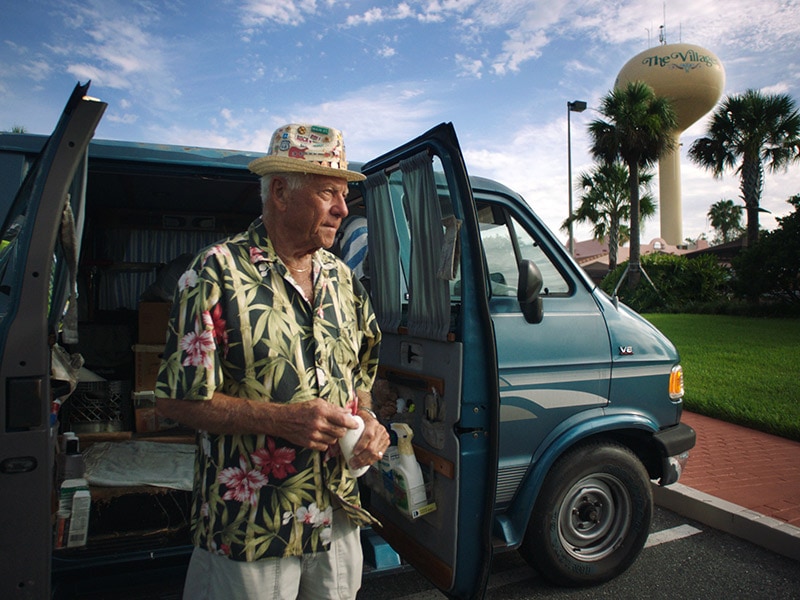 Some Kind of Heaven explores life inside the palm-tree-lined streets of The Villages, America’s largest retirement community in Central Florida. Referred to as the “Disneyland for Retirees,” this pre-planned retirement city is home to over 130,000 seniors and offers a utopian vision of America as we might wish it were, and as some believe it once was: wide, safe streets, perfectly manicured lawns, and countless activities all in service of re-energizing the golden years of life. While most residents have bought into the packaged positivity, we meet four residents living on the margins, struggling to find happiness. Barbara, a widow; Dennis, a bachelor; and married couple Anne and Reggie each strive to find their footing in this fantasy land as they seek new purpose, look for second love, and navigate the extremes of mental deterioration. By turns biting, tender, and surreal, the film demonstrates that no matter our age, we are always becoming. With strikingly composed cinematography, Some Kind of Heaven challenges our stereotypes around aging, emboldening its characters to live as vibrantly as possible in the time they have left.

For more information about the 2020 Atlanta Film Festival, visit www.atlantafilmfestival.com! Will you be attending? We’ll be there!