This post is sponsored by the Georgia Lottery; however, all thoughts and opinions are my own.

A few weeks ago, I was invited to the launch party for Cash Pop from the Georgia Lottery. I had a little bit of background information going in, but I hadn’t yet had a chance to play. I knew that Cash Pop was a new draw game (and gaming app) that had just been released, and it was aimed at a younger audience who appreciates the ease (and fun) that technology brings to our lives.

So what is Cash Pop? It’s a draw game from the Georgia Lottery that gives you the opportunity to play (and win) 5 times a day – every day! Let’s get into the details.

How to Play The Georgia Lottery’s Cash Pop – Pick One Number. Get Winning!

We’ve already established you can play the game from anywhere, but let’s talk about how you actually play Cash Pop.

You have a 1 in 15 chance of winning with every play, which is pretty great odds, right? You have 15 numbers you can pick between, and you can wager either $1, $2, or $5 on those numbers. And if you win, depending on the dollar amount you played, you can win anywhere from $5 to $1,250. If you win a prize up to (and including) $600, your winnings are transferred directly into your account. You don’t even have to worry about in-store redemption. If you receive a larger prize, you’ll receive an email on how to claim your winnings. 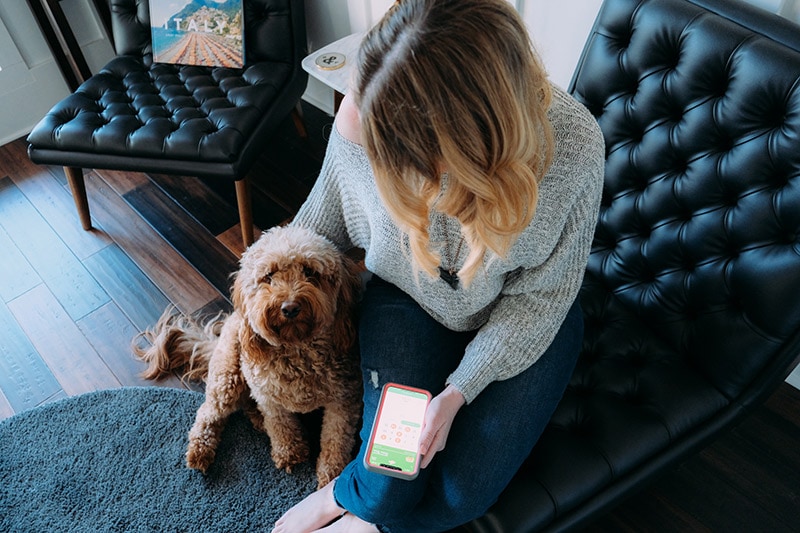 How to Pick Your Cash Pop Numbers

There’s no right or wrong way to pick the numbers you want to play. In fact, getting creative with the number selection process is one of the coolest parts of this game. For me (and don’t laugh), I turned to my Goldendoodle, Fozzie. She’s my little good luck charm.

How many kisses did I get? Well, in the photo below, it was 3. So that’s the number I played – along with 10 (the last number that had won), and 1 – because I always play 1. I could play all 15 numbers if I wanted, but I like to keep it simple. 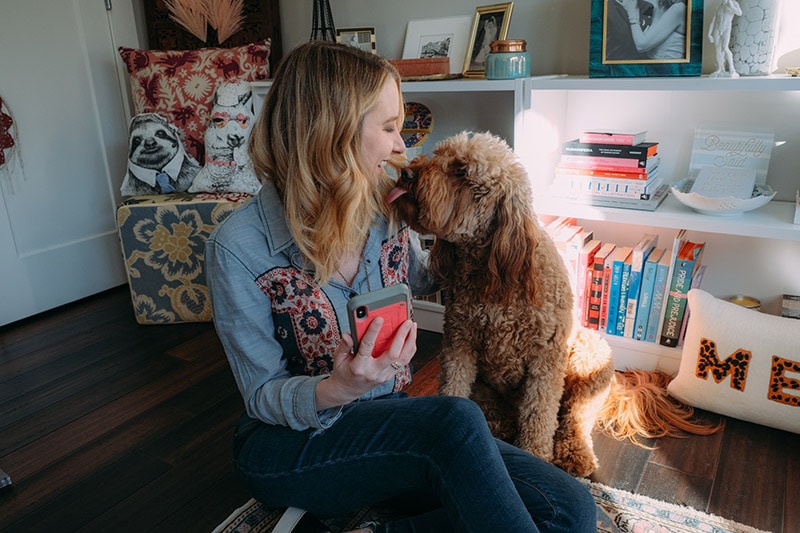 I probably should have picked a few more numbers, because I haven’t won Cash Pop quite yet. But at the end of the day, no one loses at this game. Every dollar played helps to fund the HOPE scholarship and send thousands of Georgia residents to college where they will be able to thrive. As a student who received the HOPE scholarship (and someone passionate about our education system), I feel it’s important to give back. And what better way to give back then by having a little fun? 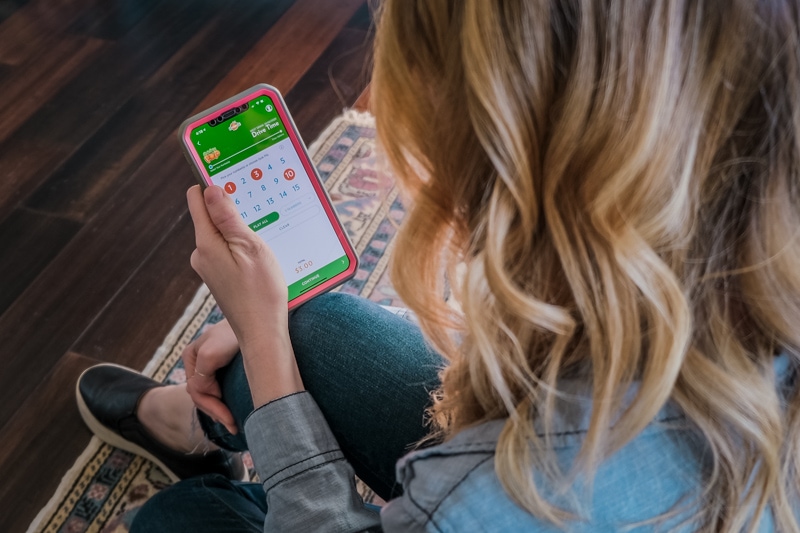 Since the Georiga Lottery was created in November of 1992, it has given more than $21 billion to the state for education. Those funds have gone towards funding the HOPE scholarship and the Georgia Prekindergarten program (which has aided more than 1.6 million four-year-olds) – not to mention it’s also helped Georgia’s public schools with computers and technology upgrades.
Since its start in 1993, the Georgia Lottery has raised more than $21.6 billion for education in Georgia. Those proceeds have gone toward funding the HOPE Scholarship Program and Georgia’s Pre-K Program. To date, more than 1.9 students have received HOPE scholarships and grants, and more than 1.6 million 4-year-olds have attended Pre-K.

It’s truly an incredible cause, and Cash Pop is a great way to support it while having a little extra fun!

Want to Check out Cash Pop?

Are you 18 years or older (you need to be to play)? And interested in checking the game out? It couldn’t be easier to play, and you play Cash Pop from your computer or the app – so you can play from literally anywhere! Check out the official site here, and let me know if you win – or better yet – how you pick your numbers!